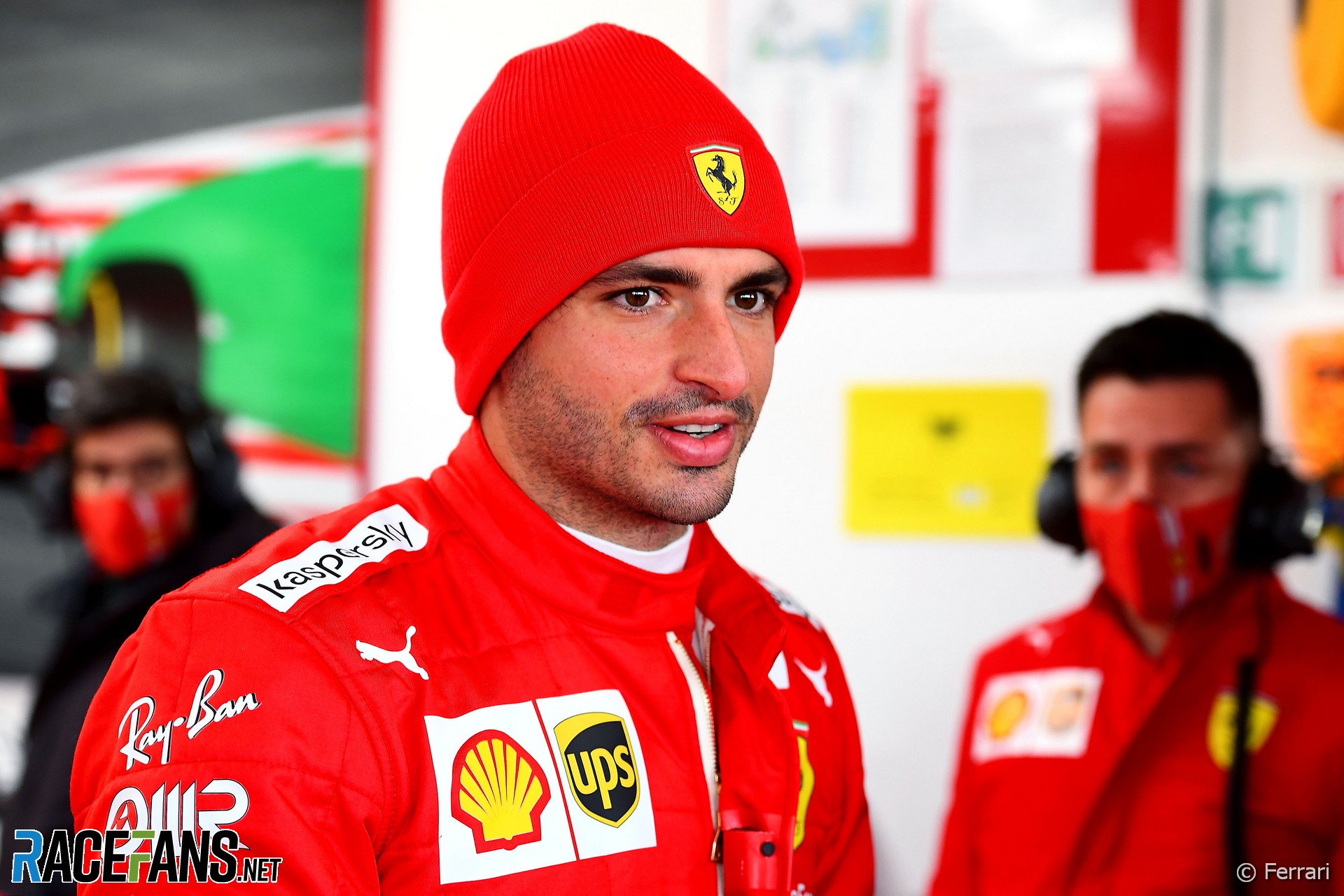 In the round-up: New Ferrari signing Carlos Sainz Jnr expects the team to rebound after its poor 2020 campaign but admits it may take a while.

Ferrari scored its worst result for 40 years last season, but Sainz says their track record shows they can return to the top again:

Every single team goes through difficult moments at some point, it’s part of Formula 1.

What really matters is the ability to bounce back. History shows that teams that won in the past are capable of being competitive once again. Ferrari is the most successful team in the history of our sport and there is a reason behind that. If there is a team on the grid that can fight back to the top, it is Ferrari.

I have full confidence in the project and, even though the process might take some time, I’m sure the team will eventually return to its winning ways. What you can be sure of is that I will give my absolute best to help shorten that process as much as possible.

He dedicated his life to motorsport. I happen to be on his team. We won many races together, we won GP2 Championship. He spent all his time with the team. He created the sports ground, the simulators for the pilots. My condolences to the family. Rest in peace Adrian Campos 🙏 pic.twitter.com/s7yHsxDaKK

I would like to thank every single member of the team for making me feel at home since my arrival and during my debut in such an iconic place like Fiorano. Now It’s time to keep working hard during these next months to keep preparing the season ahead. Grazie a tutti! #CarlosSainz pic.twitter.com/JNFleZjYnQ

Dutch Grand Prix director Jan Lammers says the promoters are still happy with the September 5th date for this year's race despite growing concerns over whether it will be possible to admit spectators by then.

"Merhi has emerged as a surprise contender to partner Lirim Zendeli at MP for what would be his first campaign in F2 since 2018, when he appeared for both MP and Campos."

"Obviously there’s a lot of politics in Formula 1, they’ve now got the superlicence points system, so people like Brendon (Hartley) who had made those jumps wouldn’t be able to make them now. It’s very hard to amount enough points in three years of racing in WEC."

"With the strong likelihood of having two rookie team mates in ex-Formula 1 driver Romain Grosjean and 2019 Asian Le Mans Series LMP2 Am champion Cody Ware in Coyne’s sister entry, Jones is prepared to assert himself as a leader and resource to the French-American duo."

"People would go to him to discuss and ask about his thoughts. He would come to my office to let me know about the latest, most often starting with 'in my humble opinion...' He was always trying to make our championships better, stronger, and I was always happy to listen to his suggestions."

"To prepare them, on a technical and sporting level, I sent an e-mail to Carlos (Sainz Jnr) and Daniil (Kvyat) every Monday with 10 questions about the car and the regulations. Whoever answered me first, and correctly, would each time receive an extra set of tyres than those provided in the standard supply. Carlos' answers arrived on time and precisely on Tuesday or Wednesday. While on Friday I had to call Daniil to remind him to answer."

"Fanatec, which is known for its premium products and mix-and-match device ecosystem, is planning to expand to cover less expensive peripherals, too. These products, which will be officially licensed for PlayStation 5, are set to provide a new entry level price point to the Fanatec range."

"With the reshuffling of the schedule, FR Americas will now also join F4 US at Brainerd International Raceway July 16-18 to complete its revised 18-round calendar. Brainerd is currently undergoing FIA certification to become the country’s newest FIA graded circuit to host both F4 US and FR Americas this summer."

"We are investigating the theft of two bespoke cars from Cadwell Park in Louth last night. The cars are both BMW's - the Medical Car is an X5 and the Safety Car is an M240i. The vehicles have a combined value of over £100,000 and officers are appealing for anyone with information to come forward."

Have McLaren been hard done by with the postponement of the 2021 technical regulations by a year and restrictions on development for this season?

I can’t help but feel that McLaren are very unlucky this season.

Bringing onboard the Mercedes engine should’ve given them a chance to challenge Red Bull as the 2nd best team but the regulation freeze will mean almost zero development of their car over the course of the season. How is that fair?
@SonnyCrockett