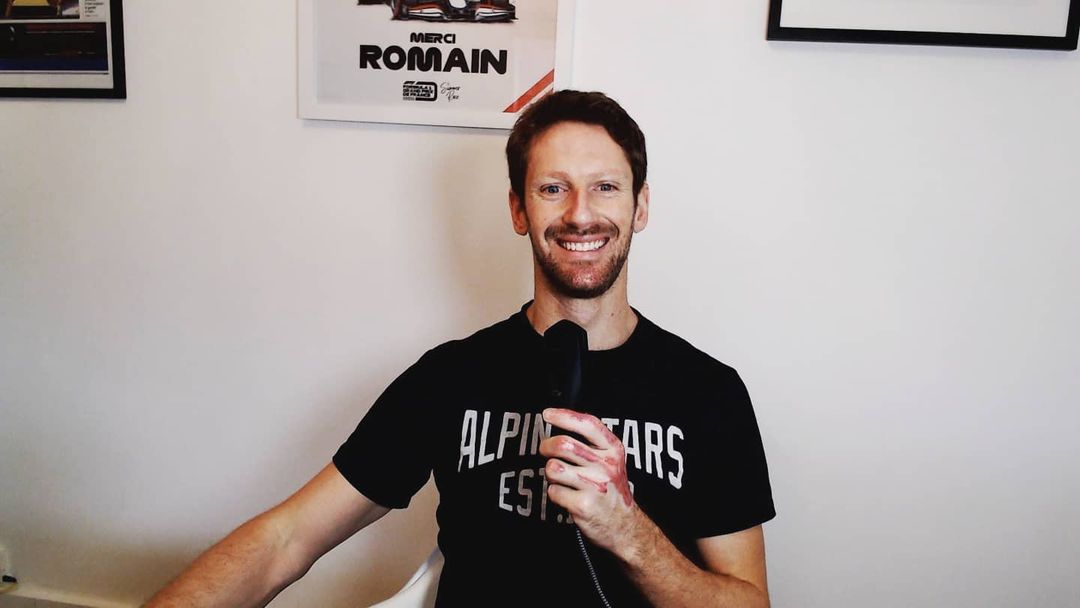 Romain Grosjean says he may not be fully fit in time for his planned first IndyCar test in two weeks’ time.

The former Haas driver will race for Coyne in 13 of this year’s 17 IndyCar rounds. He is due to have his first test for them in two weeks’ time at Barber Motorsports Park in Alabama, which will be the scene of his race debut in April.

However Grosjean, whose hands were seriously burned in his Bahrain Grand Prix crash in November, says they may not be completely healed before he returns to the cockpit.

“My left hand [is] still quite marked,” he said last week. “But it’s uglier than it is bad, I would say.

“It’s all working well. The left hand ligament was pulled away, I’ve had surgery, this is going okay.

“The first test for us is the 22nd of February. I may not yet be 100% in terms of what I can do, but definitely good enough to drive very well. By the time we go to race one, I think I’m going to be ready.”

Grosjean said he’s “not worried” about the speed of his recovery. “I’ve been in the gym since the accident. The accident happened on Sunday in Bahrain, by Wednesday I was already in the gym trying to get the mobility going.

“It was a difficult call for the doctors between stopping my hands to move and getting the recovery and the skin faster, or keeping it moving to keep the strength and the mobility. But we knew there was more risk of delaying the healing.”

“Initially the first limitation would be the ligament from my left thumb because that is just time that heals it.

“But I’ve been very gentle and followed the rules from the doctor, who is a hand specialist in Geneva I really trust. When he tells me I can do something, I do it. When he tells me not to do it, I don’t do it. I think that was quite important for me to know where to put the limit. He’s very confident in the ligament being good.

“Really I don’t see much limitation. As I say, when I wake up in the morning, the hand is quite stiff. I need to put some cream, getting it moving and so on. Some of the movements are still a bit limiting.”

After his Barber test, Grosjean is due to run at Laguna Seca the following week and will have two more days of testing on road courses in addition to simulator work before the season begins.

The postponement of the Barber, St Petersburg and Long Beach races means the championship will start six weeks later than originally planned. “It all actually played into my hands, if I can use the play on words,” laughed Grosjean. “As I say, I am not worried that we’re [not] going to be okay.”

“In terms of physical training, I’ve been going in the gym quite a bit because I know there is no power steering in IndyCar,” he added. “That’s something I need to relearn.”

Grosjean revealed he has previously carried injuries during his Formula 1 career which weren’t disclosed at the time.