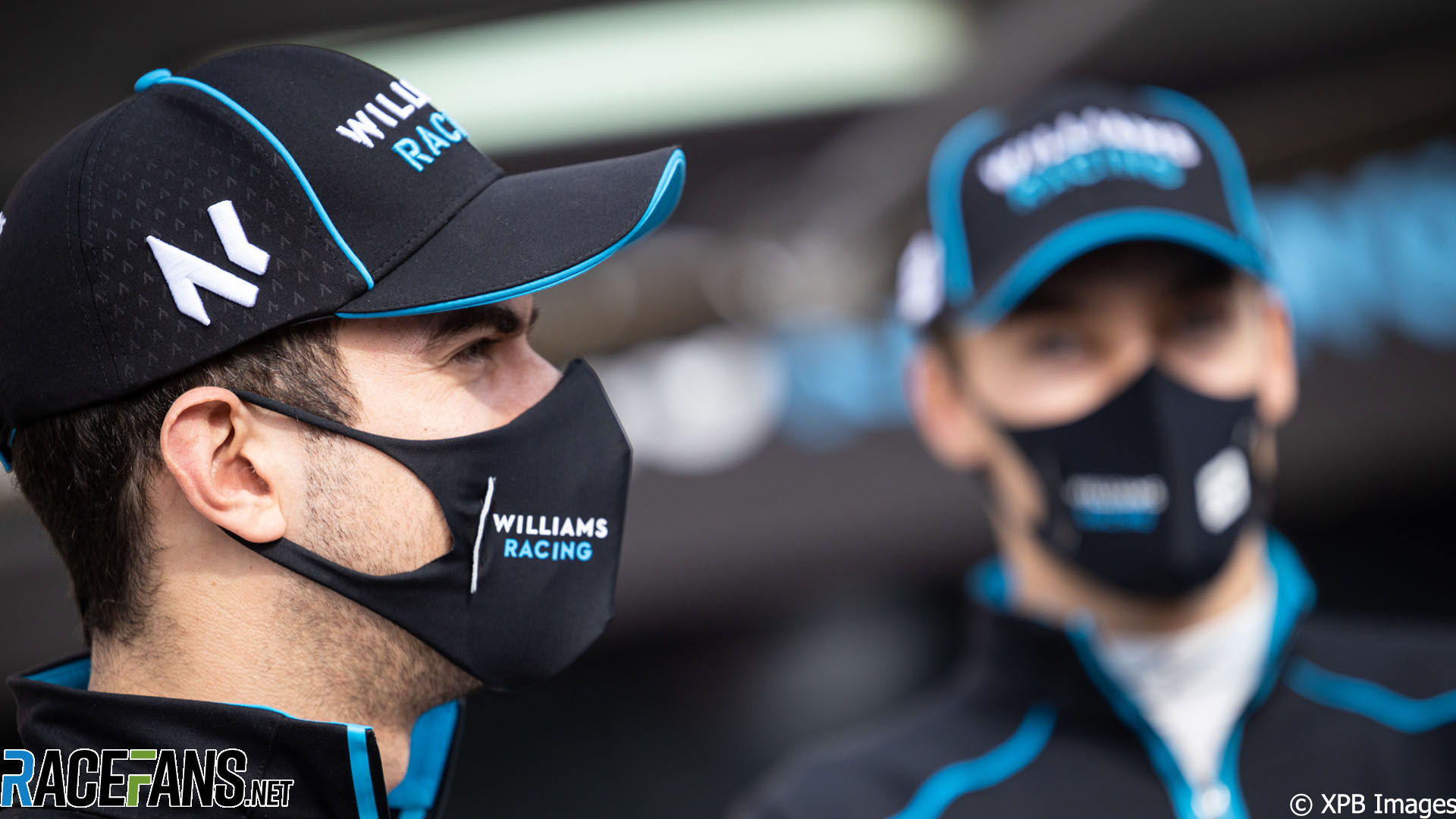 Neither Williams driver scored a point for the team during 2020 but George Russell out-qualified Latifi at every race. Nonetheless Roberts believes Latifi progressed well given the unusual challenges of the disrupted championship.

“I think he had a very good season,” said Roberts. “It’s very easy to forget that it’s not been an easy year coming into the team as a race driver is not easy, particularly when you don’t know what circuit you’re going to go to. We’ve had some new ones to deal with.”

Russell scored his only points of the year in a one-off outing for Mercedes, in a race he led the majority of. Roberts said Latifi did “extremely well” alongside the Mercedes junior driver in comparison.

“I think what we saw from George’s outing [at Mercedes] is that George is genuinely very, very good, extremely good. So anyone up against him is going to not always look brilliant on the timesheets, particularly in qualifying where George excels.

“But when you look at it in that context and you remember how inexperienced Nicky is in these cars then I think he’s done well.”

Latifi’s struggles in qualifying were made more difficult to address by Williams’ uncompetitive state, said Roberts.

“He’s got a lot to learn in how to extract that qualifying lap. Obviously, we [didn’t] help him with that, not only in the car’s pace but the consequence of that is you often only get two goes at it on Saturday because you can’t get out of Q1. Once the car’s got the pace to get out of Q1 and you can get more goes at it, you obviously learn much more quickly.

“So I think we will see improvements within the next year, obviously he’s got a year’s experience under his belt.”

Roberts said Latifi’s race management has already improved. “His race pace has been good, very good. He seems to have a natural affinity for that. So hopefully [the 2021] tyres won’t change requirements too much for that and he can pick up where he’s left off on the on the race pace and just improve the car overall or improve his driving over one lap.

“But I think as a debut season he’s done very well and that he brings quite a lot to the team. And a good foil for George.”