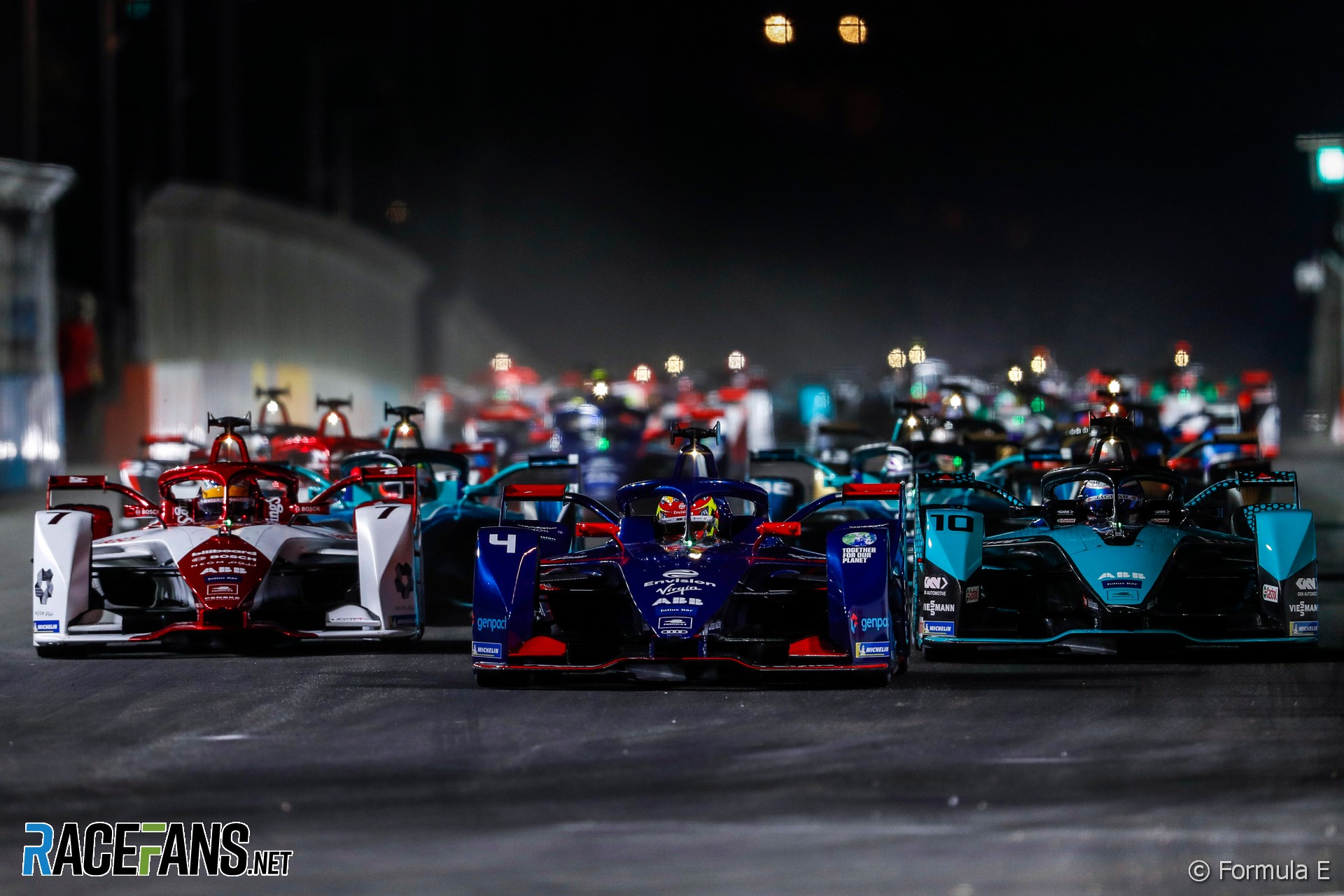 Sam Bird won a lively second Formula E race in Saudi Arabia which was curtailed by a red flag after an incident which left Alex Lynn needing hospital treatment.

The incident Lynn was involved in was not broadcast, but the Mahindra driver’s car is believed to have flipped onto its roll hoop. Mahindra subsequently confirmed he was “conscious, talking and on his way to hospital for checks”.

Frijns and Bird ran in close formation over the opening laps, before exchanging positions as they collected Attack Mode for the first time. Bird temporarily slipped back behind Sette Camara during this exchange, but easily recovered the position using his power boost.

DS Techeetah pair Jean-Eric Vergne and Antonio Felix da Costa ended the first lap in seventh and ninth respectively. They steadily made their way forward and past Sette Camara into third and fourth, then fought each other hard for what turned out to be the final podium position.

Bird looked to have emerged in control of a close race before the incident which brought proceedings to an early end. His first victory for Jaguar extends his record of winning a race in every Formula E season. Frijns was confirmed in second ahead of the DS Techeetah pair, while Nick Cassidy took fifth off Sette Camara. Nico Muller, Oliver Turvey, Oliver Rowland and Rene Rast completed the top 10.