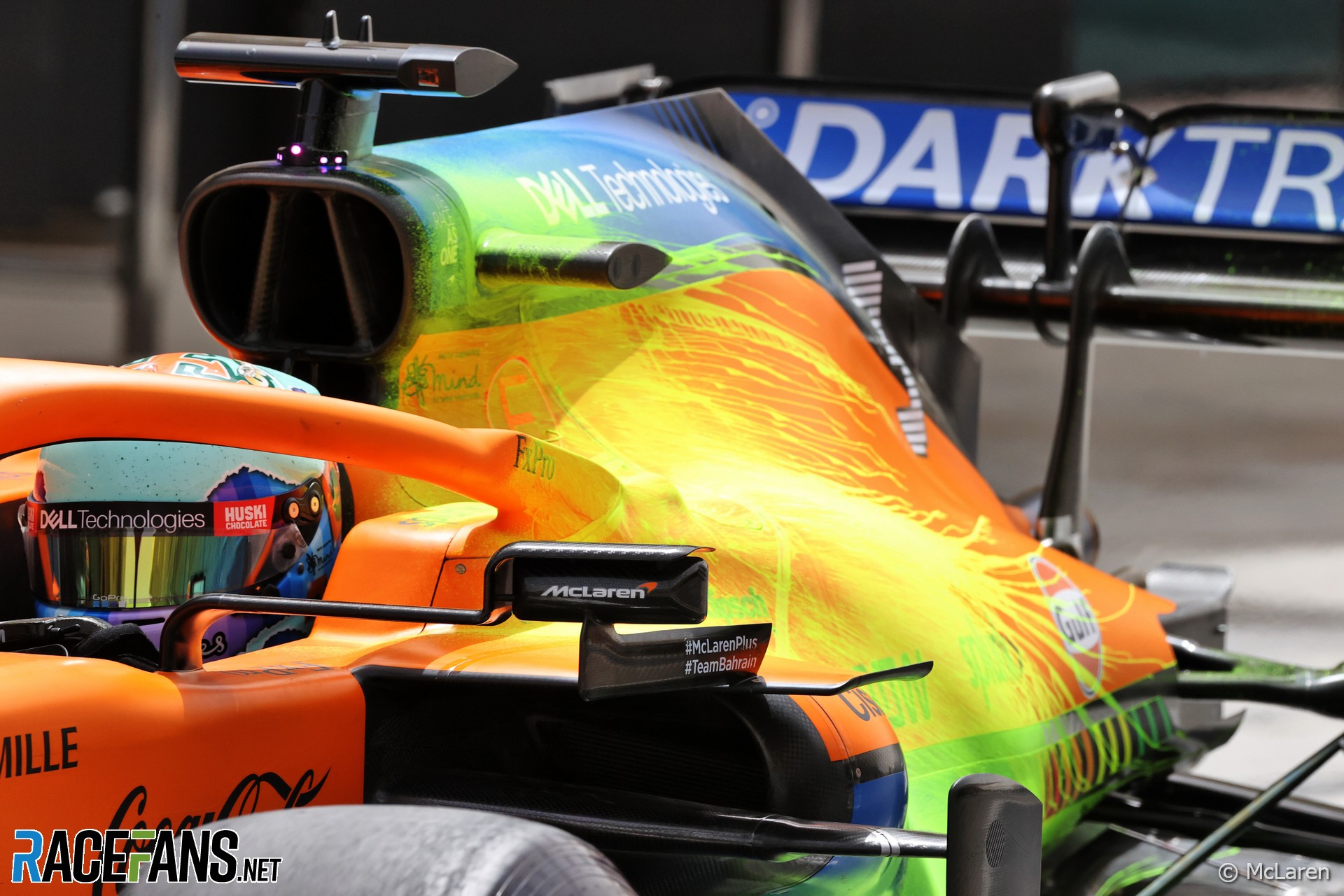 When the pandemic hit last year, Formula 1 took the sensible decision to postpone the costly introduction of new technical regulations for 2021.

Teams would continue to use their 2020 chassis for another year, but were allowed to make limited changes to them defined by a system of ‘tokens’.

There was one snag: McLaren had already signed terms with Mercedes to switch to their power units in 2021. Delaying that deal was not an option, so the FIA granted them leeway to make the changes they needed to replace their Renaults.

But even having been granted that vital concession, McLaren still faced a substantial technical challenge. Moreover, they had to tackle it under the ongoing work restrictions enforced by the pandemic, which limited direct contact with their new power unit suppliers.

Nonetheless, technical director James Key said the task had been “a very enjoyable challenge from a technical point of view” which the team had learned from.

“We started with having to kind of phone each other up over a screen and communicate via email,” he told RaceFans in an exclusive interview. “We couldn’t get together and discuss it between us or with our colleagues at Mercedes. It all had to be done from home and remotely in a very digital way.

“I think we learned how to work in quite different ways. Stepping back and looking at it, I think it was an enjoyable challenge for everyone and it produced some efficiencies we probably didn’t know existed before with having to work in a slightly compromised way. So that was actually a positive that came from that in many ways, one I think everyone involved can be proud of.”

Other teams used their two development tokens to introduce new noses or similar limited changes. But McLaren were looking at major surgery at the back end of their Renault-powered MCL35 to transform it into an MCL35M – the ‘M’ for Mercedes – while “trying [to] respect the homologation rules that we had.”

“The chassis were homologated last year,” Key explained. “Effectively, everything behind the driver is what had to change.

“So you think what you’ve got: You’ve got the front of the engine, the oil tank design which is typically some of the bigger volumes there, the location of the compressor we know is different, the installation of the energy store is different from one engine to the next. So all of those things have implications on the back of the chassis. Even certain types of pipe routing and high voltage cable routing will have implications.

“So all of that detail is different. That really necessitated the whole fuel cell area and everything after the seat back effectively has [to] be completely new.”

The changes around the engine itself had knock-on effects throughout the rest of the rear of the car which required further work.

“Beyond that you’ve got the cooling installation. I’ve worked with every power unit now, for my sins, and they all demand different things from cooling. Some have more cooling circuits than others, some combine them, there’s different targets and pressures and all sorts of things. So you have to re-learn all of that but still install it in something which looks reasonably similar to what you did last year.

“That also has a knock-on effect on the chassis. And then with the gearbox it’s about packaging space, it’s about the torsional resonances you could build up. Your ratios, of course, will be different from one engine to another and so on. So we have to try and adopt all of these things within the confines of homologation.

“Beyond that the software, the whole electrical installation is different, the steering wheels have to be rebuilt to match. It’s actually a massive list of stuff we had to do.”

With the most work to do of any team, McLaren made sure they were first to have their 2021 machine running in a filming day at Silverstone. The positive progress continued in the truncated, three-day pre-season test. The team didn’t complete the highest mileage, but according to Key that was intentional.

“I think the installation was very tidy,” he said. “The Mercedes is a great engine, they’re great people to work with.

“It’s a great engine package, it is very chassis-friendly in many respects but it did have its challenges in that it was a different philosophy to Renault. So some of the geometries or installation details which naturally complemented the Renault installation last year were just not possible at all with a Mercedes this year.”

In order to keep the FIA happy, wherever parts were changed to accommodate the Mercedes, McLaren had to show they were keeping adjustments to a minimum, and not exploiting the opportunity to add performance to the car.

“Almost all the bits we had to change had to be as similar as possible to last year,” said Key. “So normally you would take the gearbox, redesign it entirely specifically. Because that was homologated in 2020, we had to take something that existed, of course modify it to be suitable, but it wasn’t a fresh design.

“The FIA were really good with this. They recognised that there are certain things that were homologated that we had to change otherwise we couldn’t build the car. And we kept in close contact with them, they were satisfied we were doing the minimum necessary. It was a bit of a challenge for us, but not disastrously.”

In a ‘normal’ year the process would have involved fewer compromises. Nonetheless Key is satisfied with the job the team has done.

“If we’d had total independence and weren’t in this era of homologation and token spend, that sort of thing, there’s certainly things we would have done differently and probably optimised for. But considering all that, I think it’s actually slotted in pretty well.”

13 comments on ““An enormous task”: How McLaren crammed a Mercedes into a car built for a Renault”