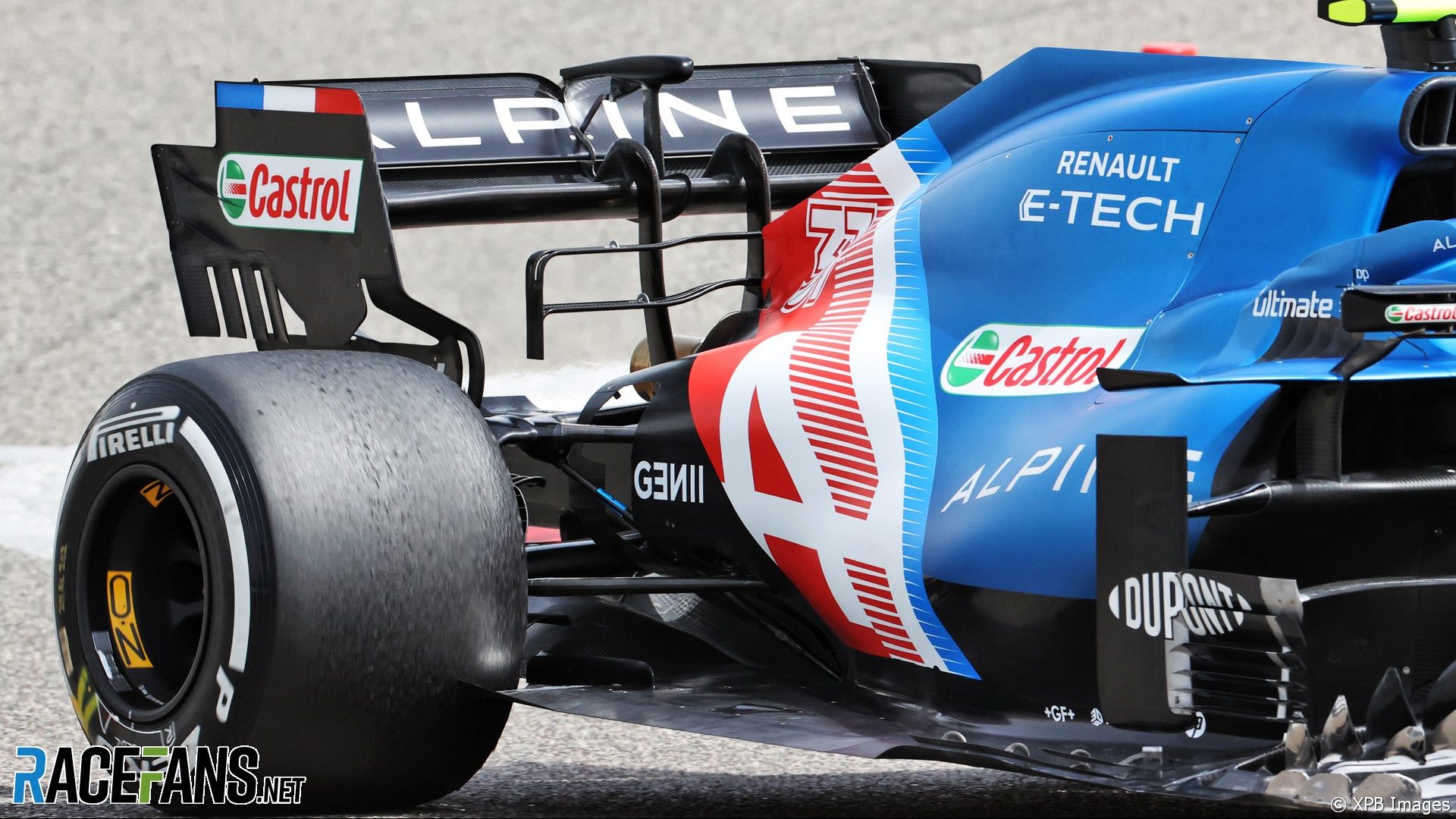 Budkowski says teams are already converging on the same solutions for the loss of downforce due to the rear floor changes:

As every team, we lost a chunk compared to last year, due to the the changes at the back of the car. Everybody’s been quite busy recovering it. I’m not going to tell you where we ended up exactly but everybody looks at recovering all of it. We lost over a second a lap to start with and then obviously we’re recovering and recovering.

It’s a challenging area, because when you touch an area like the rear corner, you get into correlation issues usually between the CFD, the tunnel and the track. I don’t think it was intentional, actually, from the FIA to pose that extra challenge. But I think it was it was maybe a slightly unintended effect of these rules, it proved trickier than we expected initially, it’s not just the piece of floor missing, it’s actually quite a bit of a headache as well on top of it.

It makes it interesting, you can see there’s different solutions on different cars. It’s usually the case when you have a new regulation that I’m sure is going to converge, it’s already converged during the test. So we’ve been doing some testing there, as a lot of other teams. We’ve had good results, good direction, good understanding – obviously, correlation is challenging there, but no surprise that not only we’ve gained some understanding, but we’ve improved performance of the car.

Asked if he thinks he's as good as Hamilton, Vettel, Raikkonen and Verstappen: "No, I'm better."

"Nissan today announced its long-term commitment to the Formula E world championship through to the end of season 12 (2025-2026) of the all-electric racing series. Nissan joined the series in season five as the only Japanese manufacturer. The Gen3 era of the championship begins in season nine (2022-23) and will feature even more powerful, faster cars."

"The pre-season run-up has obviously been a little different to normal with the shorter schedule test taking place in Bahrain and only having one day in the car, so I’m looking forward to getting back out on the track. It’s been a huge amount of hard work from everyone at the factory and here at the circuit to get everything ready to go, so I’m incredibly excited and motivated to start the new season and see what kind of progress we can make this year."

"The sight of Lewis standing beside a stricken car in a gravel trap, you have to do a double take, when did we last see that happen? Or Lewis spinning on cold tyres coming into the pit straight? "

"He has got talent, because he won Formula 2, because otherwise he wouldn't be with us. Michael was a seven-time world champion with two different teams, two with one, five with the other, so he was an exceptional talent, you get one of these guys every 20 or 30 years, with exceptional talent."

"The Commission is proud to announce that Ferrari is extending its agreement with the FIA, to potentially have four female drivers become members of the Ferrari Driver Academy (FDA). In addition, Deborah Mayer’s unique Iron Dames women in motor sport project has become a main partner of the programme, adding yet further value."

Today in Bahrain I’m wearing a T-shirt bearing a pic of Mike Beuttler walking back to the pits at Monza in ’73, after his March 731’s gearbox failed. Beuttler is one of only 3 #LGBTQ+ drivers to have started an #F1 GP. He died of #HIV/#AIDS in ’88, aged 48. #RIP #WeRaceAsOne pic.twitter.com/Ey0JIB1iee

After Eddie Jordan’s comments that his team would have been unviable with a $200 million anti-dilution fee, Carl Parker says that it comes down to equitable distribution, again:

Pretty simple solution – they should work out how many cars max they ever want on the grid, and divide the prize money including any ‘missing’ teams. That way no existing team ‘loses out’ when a new one comes in.

What they do with the money in the mean time could be things like charity, grass-roots investment, etc. I’m sure they could figure something out.

I do think new teams should have to prove they are ‘ready’ for the challenge of entering F1 but a fee like that is crazy.

Not sure about some of the other points EJ mentions though.
@Mysticarl