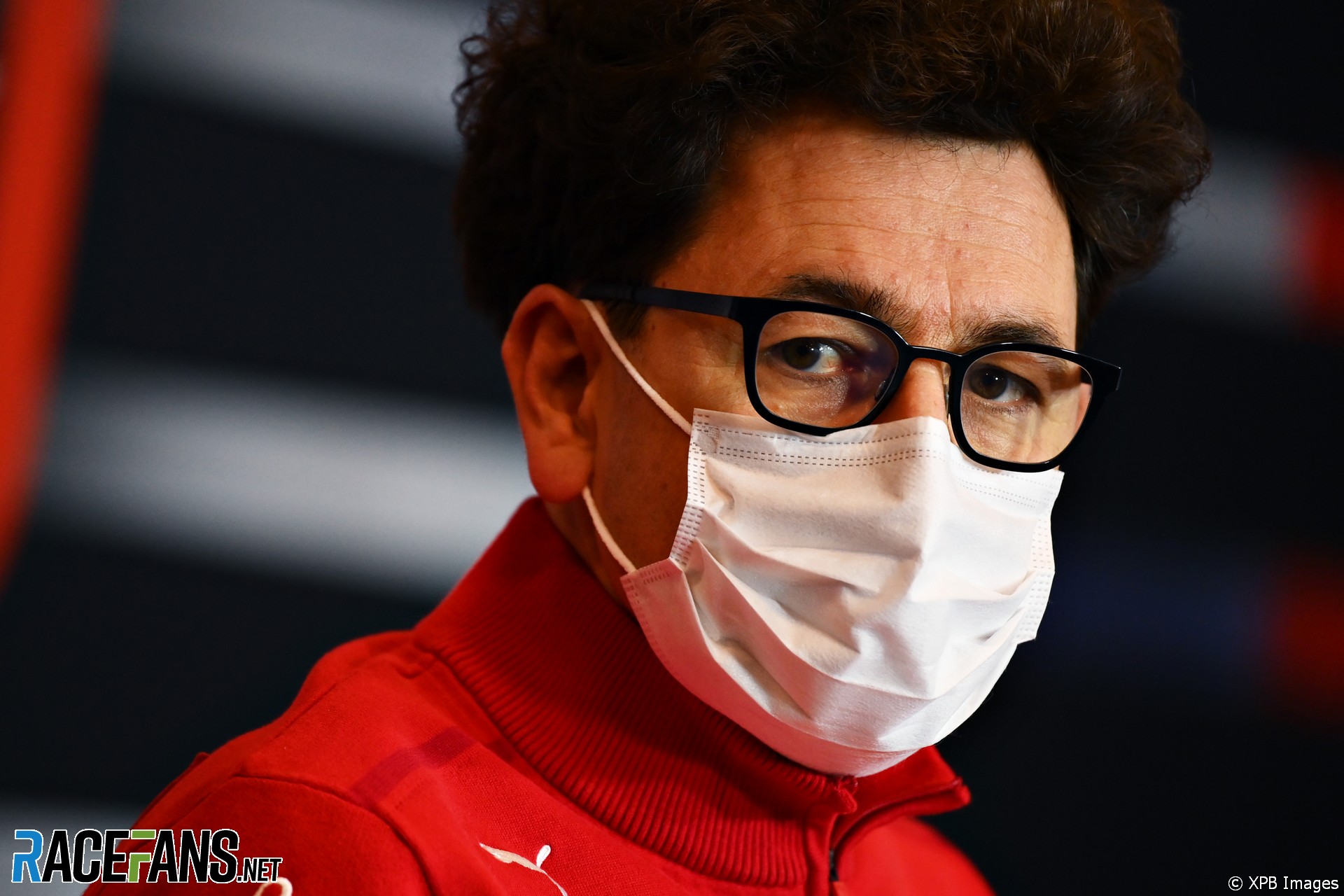 Ferrari team principal Mattia Binotto says the significant gains the team has made this year have come as a relief following their poor 2020 campaign.

Speaking in today’s FIA press conference at Imola, Binotto said the season-opening race in Bahrain proved the progress the team has made in spite of the restrictions on car development this year.

“Last year we were performing very badly there,” he said, “both on the straights and in cornering. Very slow in quali and in the race.

“So certainly for us it was an important exam, a very important test and I think that the car somehow progressed well. As well if we compare to our competitors, I think we made good progress. That was not easy in a situation where most of the car was frozen by regulations.

“The power unit made a good step forward. Today on the straights we are certainly not lacking the speed as it was in the past. And I think that as well the car is behaving well. I think that was the most important.”

Ferrari had a “very long” post-race debrief in Bahrain, said Binotto. “That’s normal at the very start of the season because together with the drivers we are trying really to understand the car’s behaviour, the main limitations, how we may improve, addressing any developments we can do during the season.”

Charles Leclerc qualified fourth there but fell back two places in the race, while team mate Carlos Sainz Jnr started and finished in eighth place.

“We learned from Bahrain that our race pace was not as competitive as the quali,” said Binotto. “That’s for many reasons, but certainly reasons that we tried to analyse.

“I think the tyre management – obviously in Bahrain it’s very hot conditions, very different to the ones of Imola where you need to manage the overheating, especially in the rear.

“Coming now to Imola it’s important for us to evaluate the car’s behaviour in different conditions and make sure that the progress we’ve seen is confirmed. I think that will be the key points for the Imola grand prix.”

Binotto said the validation of the team’s development work is as important to him as the performance gains they have made.

“The relief is to see that we are developing the right direction,” he explained. “I think it’s important to see that simulations, wind tunnel and track now are correlating certainly better compared to what it was in the past, and that gives confidence in the tools and our design capacity for the future. That I think was the most important and I think that respect is a relief.

“Certainly the fact that the car is performing better so we can have a better result at the end of the race weekend is important. We often said that our performance of last year was not acceptable for a Ferrari brand. So we knew that this year is for us important still showing developments in all the areas. So again, I think the performance is certainly a relief.”