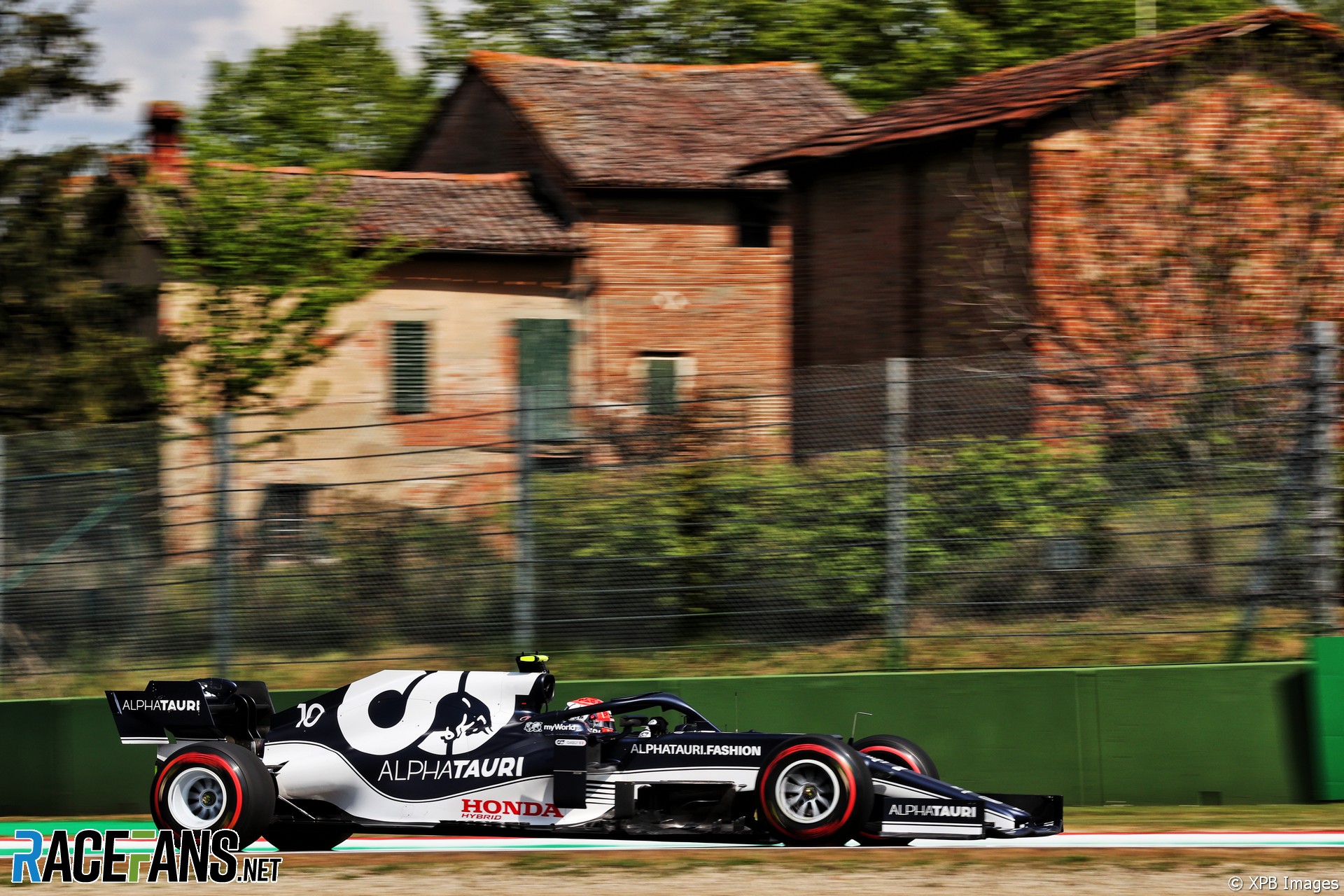 AlphaTauri’s confidence of a strong result in the Emilia-Romagna Grand Prix continues to grow after being the second fastest team in Friday practice.

Pierre Gasly was one of the fastest around Imola on the medium compound tyre in the second practice session. He then switched to softs and briefly split the two Mercedes drivers, before being shuffled back to third place but with a gap of only 0.078 seconds to the front.

“I think this has been one of our best Fridays as a team, P4 this morning and P3 this afternoon, and I was so close to the top guys,” said Gasly at the end of the day.

“I’ve felt good in the car since the first lap and I managed to push pretty hard, as well as drive the way I wanted, so I think it’s been a successful day.

“We focused on short runs initially with the softs, which looked strong pace-wise and then completed some high-fuel laps in preparation for the race on Sunday.”

Before the race weekend at Imola, Gasly and team mate Yuki Tsunoda backed AlphaTauri’s strategy of using the slower medium tyre in the second segment of qualifying in Bahrain to give a tactical advantage for the race if they were able to reach Q3 on that tyre.

As it looks very much like AlphaTauri have the pace to qualify in the top 10 at Imola, they aim to use that strategy again – something even Mercedes’ drivers are undecided on so far.

Gasly claimed his and the team’s best qualifying result of 2020 at the circuit, starting the race in fourth while then-team mate Daniil Kvyat was a strong eighth.

“We’ve continued to work hard to improve against our main rivals in the midfield and I think, so far, we’ve shown that the pace is good,” Gasly added.

“We’ll analyse the data that we’ve collected again tonight and hopefully we can find a little bit more again in qualifying tomorrow.”

Tsunoda was seventh fastest in practice, but had issues with traffic and the electronics in his power unit during the first session when he was also doing aero testing for the team on parts they plan to use in the race.