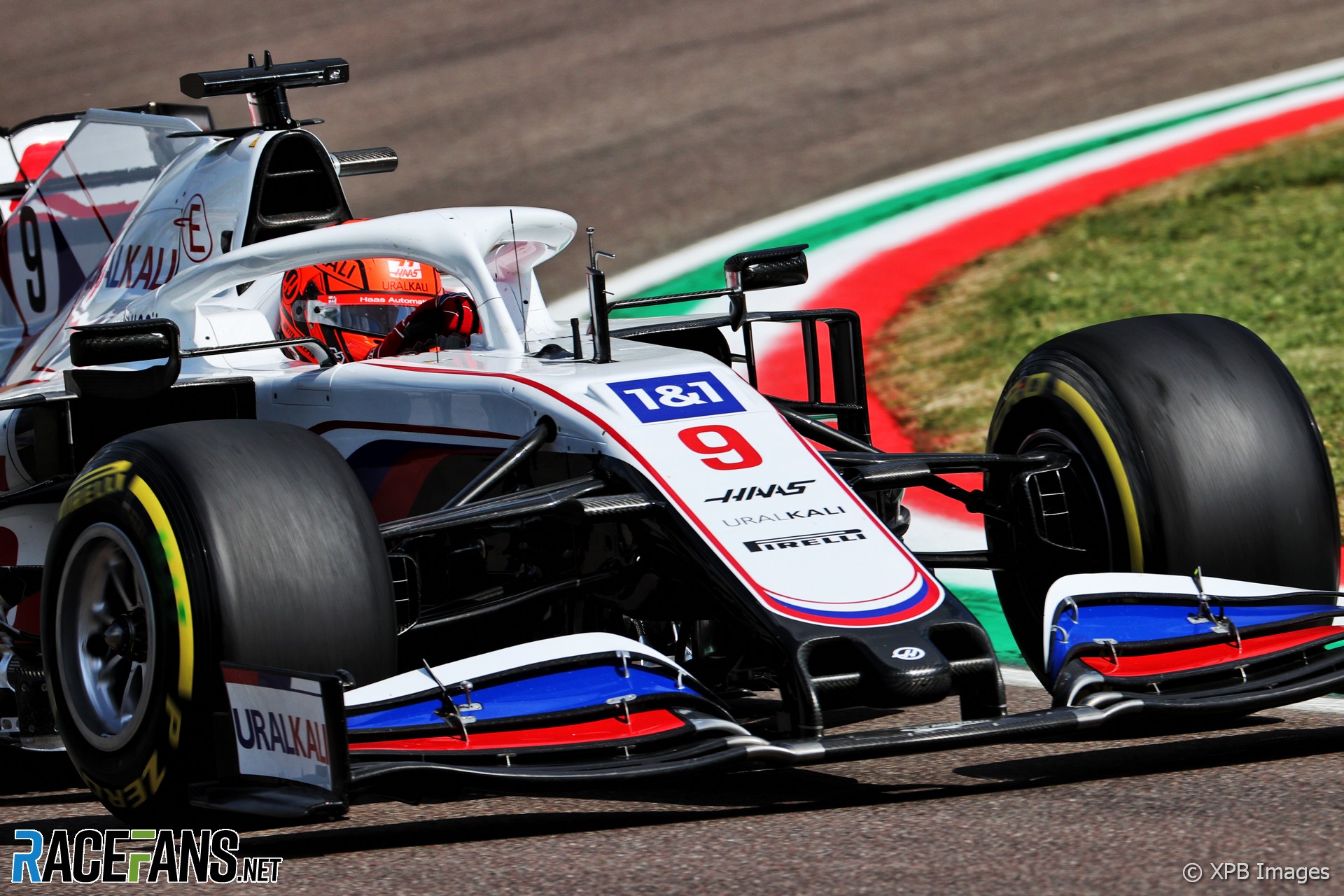 Mazepin crashed out of his first race on lap one in Bahrain, had several other spins during the weekend, and spun twice during the first practice session at Imola today. His last error left the car in the barriers, though Steiner is confident it will be repaired in time for the next session.

“On the last corner, he got into the gravel and spun out,” Steiner explained. “But I think the car is not damaged too badly, so we will be ready for second practice.”

Mazepin had a series of private tests with Mercedes prior to his debut this year, in addition to a public outing for them in 2019. He has declined to disclose how many times he drove the world champions’ car last year.

However Steiner suspects the Formula 2 graduate’s expectations of their car has been shaped by his time at the wheel of the machine which has dominated recent seasons.

“Him driving the Mercedes last year, I think he learned something, but he has to learn our car is not as good as a Mercedes,” said Steiner.

“I’m very open about that. I’m not trying to hide that for sure the Mercedes is a little bit less temperamental than our car.”

Mazepin’s spins “need to be reduced”, Steiner emphasised. “But he’s trying very hard and I guess he’s trying something a little bit too hard.

“He needs to find that limit but that’s [for] him to find, not us. That’s for him to find. We can help him doing that, but it’s one of the things as I said before, learning is painful. It comes with pain and at some stage it will hopefully stop and he will be in a good place.”

“We have got the whole year to learn,” said Steiner. “Hopefully we haven’t got the year to spin. But that is what we are trying to do this year.”

Steiner told Mazepin to “keep your head high” following his tough debut in Bahrain. Criticism of his performance on the track has risen in addition to concerns over his behaviour away from the track, which arose at the end of last year.

“In the moment he is the beat-up boy,” said Steiner. “Everybody beats up on him. But that makes you tougher. In the end you come out on the better side.

“Even if he spun out, because he is improving and he’s learning. So that’s what he has to do, that’s the only thing you can do in this situation is just keep on going, knowing that the things went wrong but you know that you can do better.”