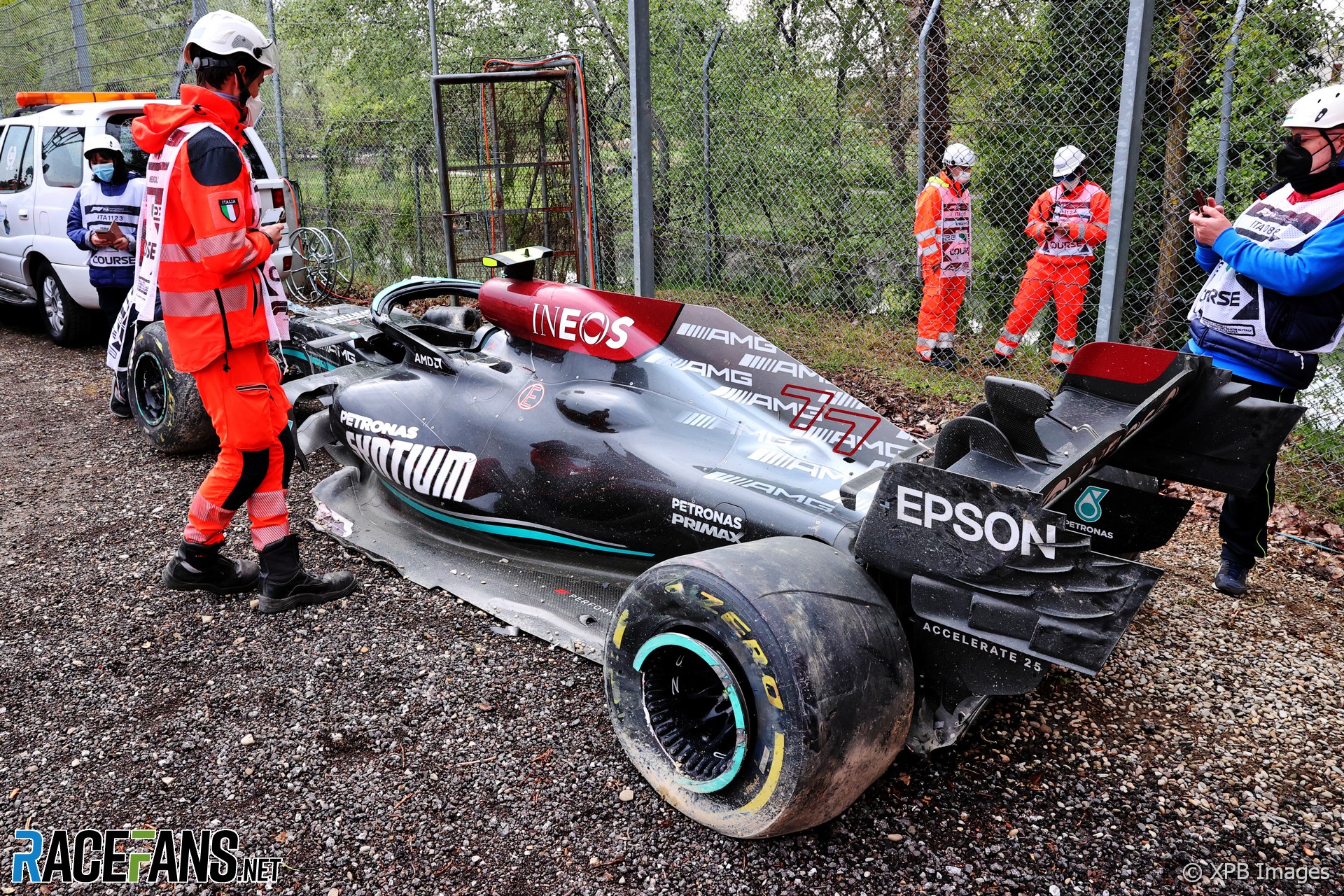 Mercedes say ‘a lot of’ Valtteri Bottas’ car has had to be returned to their factory after his collision with George Russell last weekend – and that much of it may have to be replaced.

Trackside engineering director Andrew Shovlin said that the car had protected Bottas during the crash, which he said was around 30 over the course of its progress along the Imola track, before finally halting in the barriers.

“As much as we like our car, we like Valtteri more and happily he was able to come out of that with not much more than a bruised knee from the impact.” He said, “But it was a big crash, we were seeing around 30g at points in his trip around the walls and the track.”

His car did not fare as lightly, “Unfortunately, the car has not done quite so well. There is a fair amount of damage to that.

“We have managed to bring a lot of it back to the UK, we got the power unit at Brixworth where that’s being checked and inspected carefully and we will just pick through this and some of the bits we might be able to salvage.”

Of the power unit elements brought back to be tested, Shovlin said the outlook didn’t look good and could impact the Portuguese Grand Prix, “Unfortunately, quite a lot of it is damaged beyond repair and we are just looking at a logistics plan to try and be able to get sufficient parts to Portimão, which is the week after next, to make sure we can run both cars in the correct spec.”