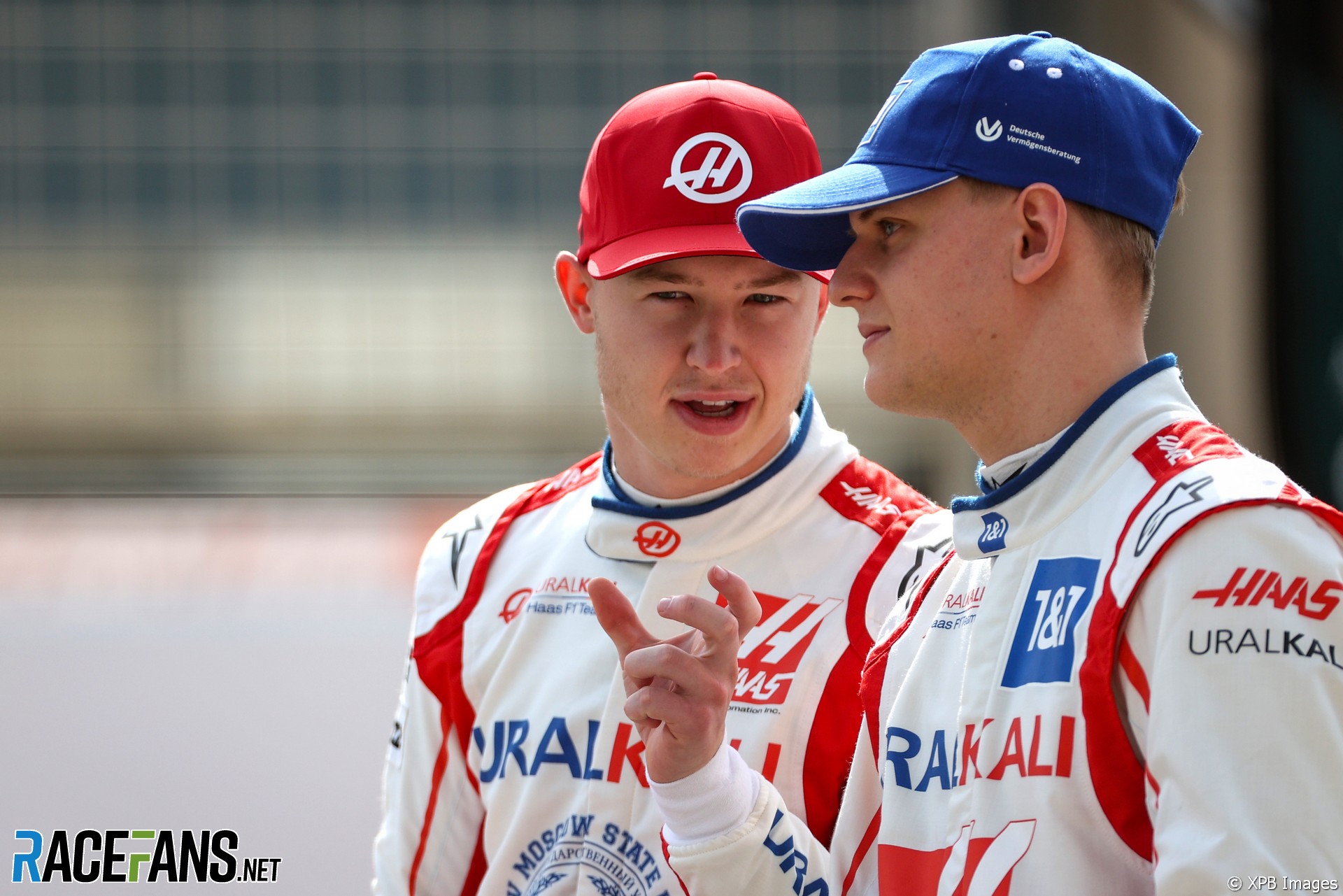 In the round-up: Haas team principal Guenther Steiner says his two junior drivers are having to learn as quickly as they can in their first season of Formula 1.

“We got the rain and had to deal with it and learn from it,” he said. “The drivers are drinking from a water hose at the moment, every grand prix is bringing something new up.

“For learning it’s ideal, just learning things like the processes and how to behave in these situations. Once you’ve done these things once, the second time, for sure, it brings a lot less stress I would say.

“Do you want it all at the beginning? Maybe not, but if it comes, you take the experience. I think it’s a good thing all these new experiences.”

Max Verstappen has admitted the new floor rules introduced for the 2021 F1 season have played into Red Bull’s hands.

“I’m happy with what we have with the RB16B,” said Verstappen, who goes into this weekend’s race one point behind championship leader Lewis Hamilton. “It’s faster, it has more grip and better balance. We lost downforce with the floor, but I think we lost a bit less than other teams and it shows that we made a good step forward.

“We’re starting the season strong, the best we’ve had since I’ve been with the team. It’s a long season, and if we want to fight for the championship, we have to keep improving.”

"The other thing that pissed me off a little bit was Toto (Wolff) coming out and saying this, that and the other, 'if he's not careful he'll end up racing a Renault bloody sedan' or something. And I think that at the end of the day, I know he could be a reserve driver for Mercedes or whatever and I know Mercedes supply engines to Williams but if I was George Russell I'd say 'pull your head in, I drive for Williams, not for you'. And I just think that for me goes a little bit of the direction that Formula 1 is going, there's too much outside influence from every direction in these sorts of situations."

"Caio (Collet) and Victor (Martins) are really pushing each other to another level. That is really nice to have in the team. Then, we’ve got a really young driver in Tijmen (Van der Helm), who is still super young, but profits from having two strong, slightly more experienced, teammates next to him."

"Addressed a crash in career that could occur when completing a tyre management practice program and using a mid-session save."

The Sprint Qualifying format has finally been confirmed and approved, but many of you still have doubts over it:

I’d be willing to consider this if championship points weren’t on the table. Part of the argument of adding a point for fastest lap was that, unlike points for pole, meant that it remained impossible for the championship to be decided on a Saturday. That is now a possibility (unlikely thanks to the “trial” status but still possible).

The limited roll-out doesn’t help either, as it’s a classic case of F1 attempting to do something that will make them more money while using misleading fan opinion to justify their attempts.

Also, this is clearly a sprint race that works in a similar way to F2 sprint races (without the reverse grids and with far fewer points on offer) but still directly affects the race (or feature race in F2). But branding it as ‘Sprint Qualifying’ and then offering points for it – can’t say I’m happy with it.
@Skydiverian

Our latest subject of #MyF1Cars is somewhere in this photograph.

But who is it – and did they make beyond around turn one?

New episode of @SmartLess podcast this morning, and they randomly start talking about #DrivetoSurvive on Netflix and how good it is. I tell you. The legs this show has and it’s ability to get to random viewers that wouldn’t normally care about car racing is 10/10.