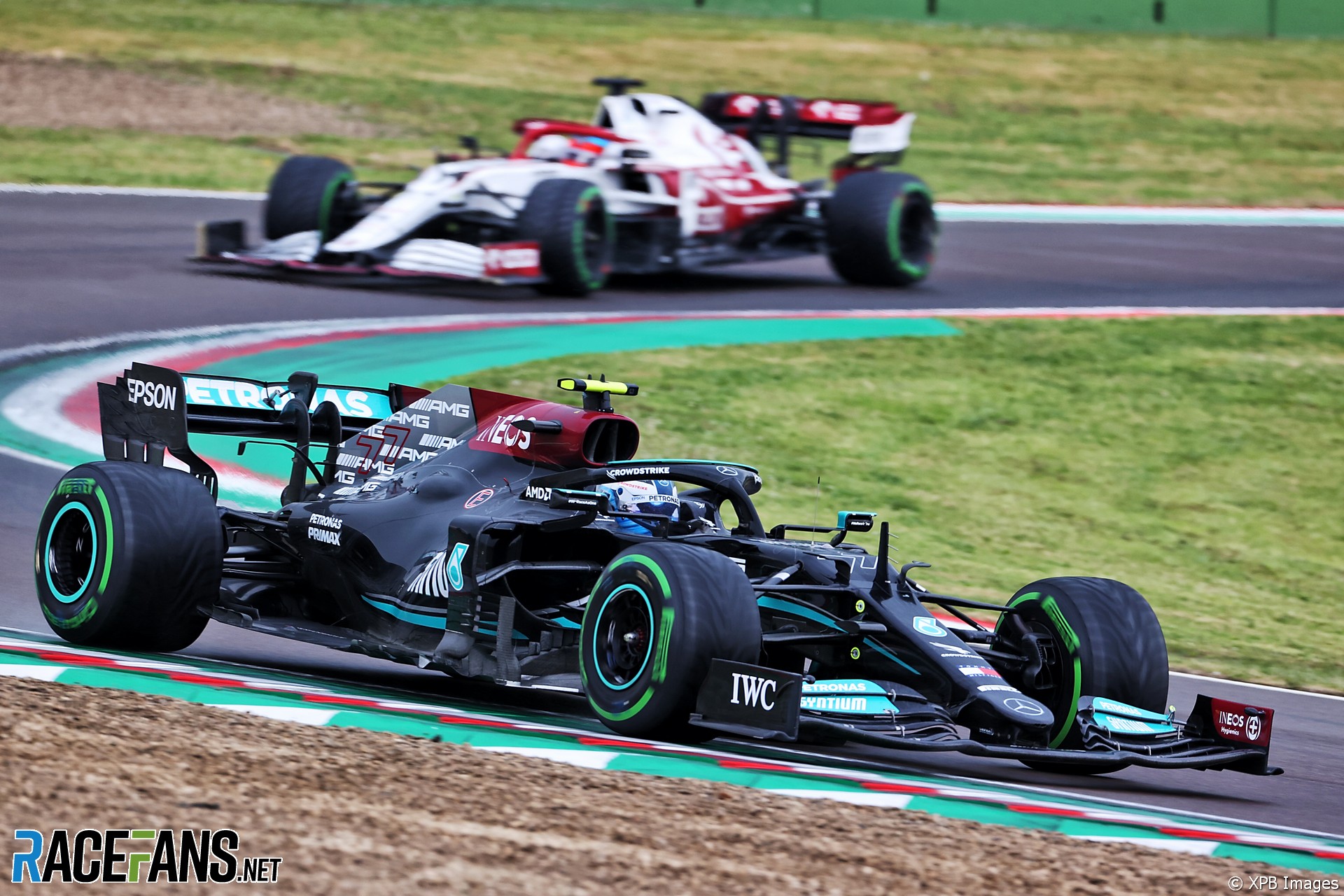 Valtteri Bottas and Mercedes have identified the cause of his poor pace during the Emilia-Romagna Grand Prix, prior to the clash with George Russell which ended his race.

Having been quickest during practice on Friday, Bottas qualified eighth, almost half a second behind Lewis Hamilton. He lost ground in the race and was almost lapped by his team mate before the collision with Russell which put both of them out.

Bottas said the team have since got to the bottom of the problems he encountered. “In Imola the struggles in qualifying, now once we understood everything, it was 100% tyres,” he admitted.

“My Q1 time would have been enough for the second row. And in Q3, we ended up eighth. So it’s an area that we need to pay more attention to.”

Bottas had looked peerless on one-lap pace at Imola in 2020, when Mercedes’ cars were equipped with the Dual Axis Steering (DAS) system. But he doubts the loss of that technology this year was a factor in his underwhelming performance.

“With the DAS for sure it was helpful on that [tyre warm-up] but to be honest in Imola the main issue for me was rear tyres,” he explained. “Getting them warm, instead of the fronts. The DAS system was only for the fronts.

“So I’m sure last year we had a benefit in some places for that, but not necessarily for Imola.”

Mercedes engineering director Andrew Shovlin said after the race weekend that tyre warm-up had been the root of Bottas’ troubles at Imola.

“He did look very strong on Friday and was in a good position, very happy with the car,” said Shovlin. “In qualifying he seemed to be struggling a little bit more for the tyre temperature than Lewis.

“The thing with tyre temperature though is often a very small difference has a very big impact on grip. Unfortunately for Valtteri, he was just the wrong side of a lot of cars and that gave him a very compromised start position.

“In the race, really, he was struggling following, and being able to overtake, just because he was losing front end in the tow but also the rear wasn’t strong. And again, it was that theme that warm-up was a problem for him.”