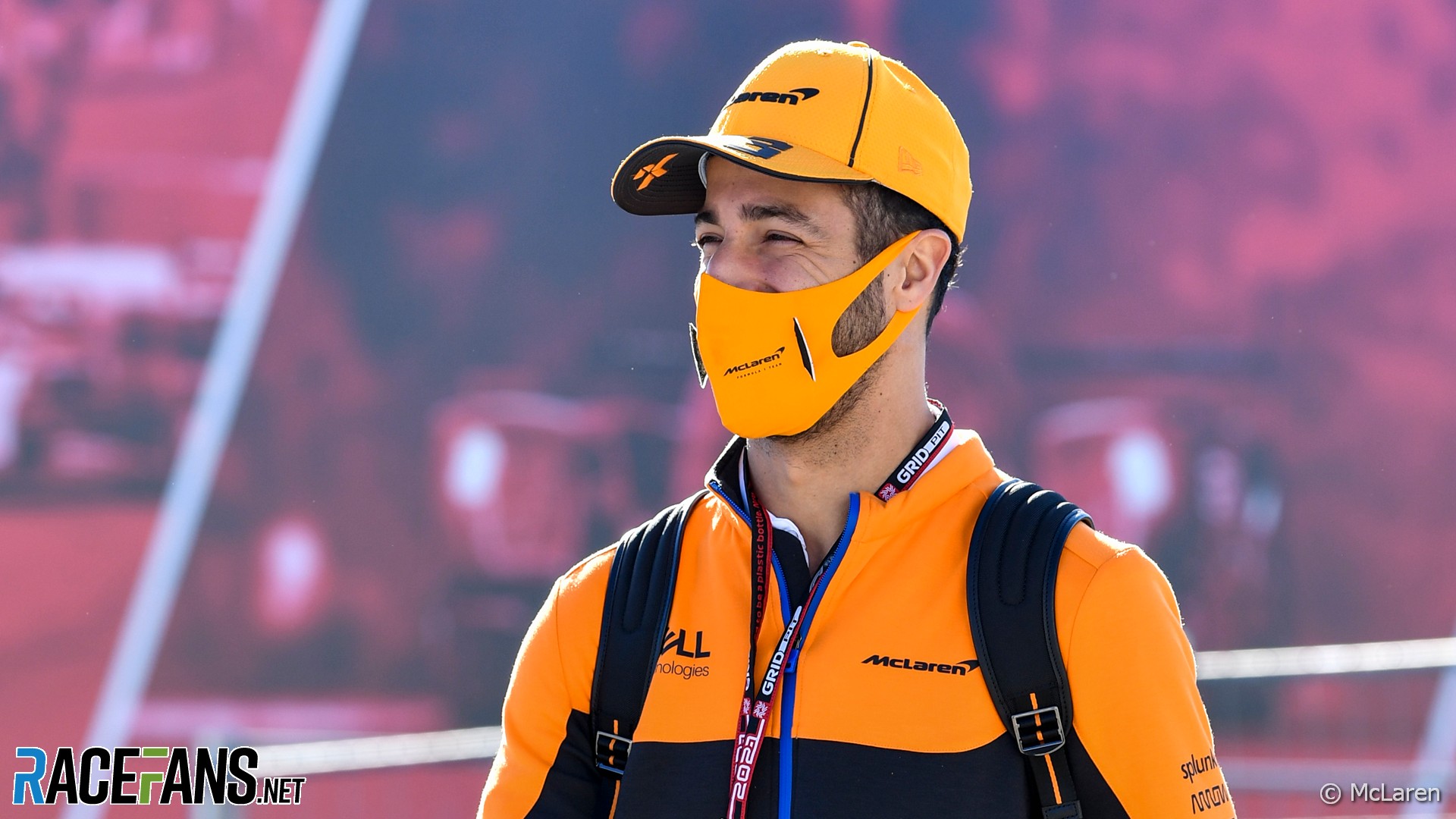 Daniel Ricciardo has revealed the design of the tattoo he intends to give Cyril Abiteboul after winning a bet with his former team principal.

Abiteboul agreed to have a tattoo, the design of which would be Ricciardo’s choice, if the driver scored a podium finish while the pair were at Renault last year. Ricciardo won the bet by finishing third in the Eifel Grand Prix at the Nurburgring.

Speaking in an interview for RaceFans, Ricciardo confirmed for the first time his plans for the tattoo design. It will include the ‘Honey Badger’ motif which he has featured on his helmet for several years.

“Ultimately what I want to do is get a very like traditional tattoo, like a pair of shaking hands,” Ricciardo explained. “That kind of represents like the deal that we made. It’s just a cool, traditional tattoo.

“And then kind of my vision is to have like a honey badger head, peeking over the hands. So like just making sure that the deal got done. I’ve told like my friends, but I haven’t told you guys.”

The pair left Renault at the end of last year. Ricciardo intends to be present when Abiteboul has his tattoo.

“With Cyril, it’s basically just trying to be in the same place at the same time,” he said. “I don’t want to just tell him to go and get a tattoo and send me a photo, I want to be there, I want to organise it and document it. I’ll pay for it. I’ll get mate’s rates. Pay cash.”

Ricciardo has joined McLaren for 2021, and already entered into a new boss with the racing division’s CEO Zak Brown.

“I caught up with him at the factory last week,” said Ricciardo. “If I get a podium he’s going to let me drive the Dale Earnhardt ’84 NASCAR he’s got, which is awesome.

“He’s like if you win then maybe I’ll have to do something a little crazy so. I don’t want to keep the tattoo thing going, I think that’ll be Cyril’s thing. But maybe get him to do a skydive or just get him to scare himself. [But] maybe that’s optimistic.”

9 comments on “Revealed: Ricciardo explains his plan to give Abiteboul a ‘Honey Badger’ tattoo”