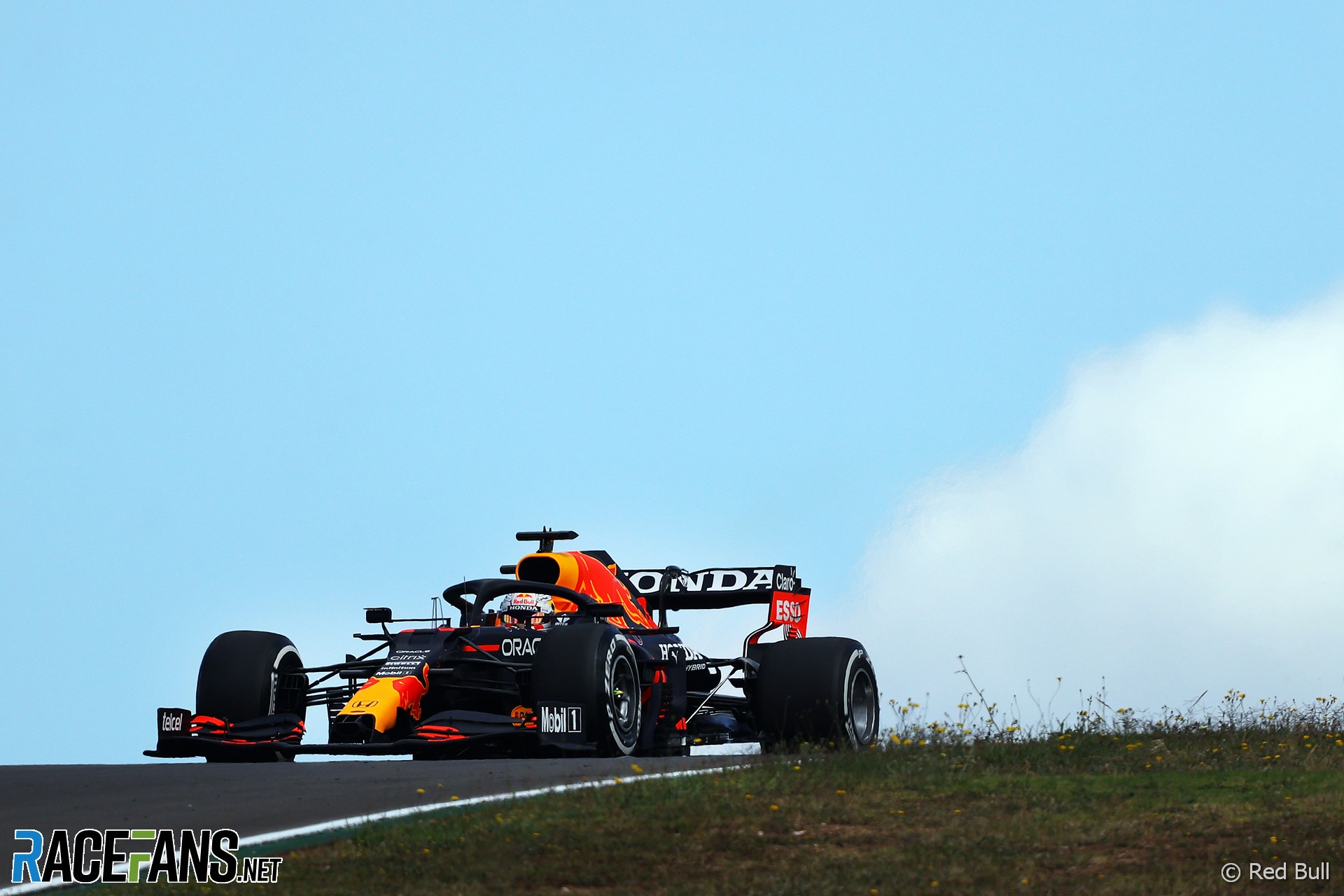 Max Verstappen was disappointed with the performance of his tyres during the first day of practice for the Portuguese Grand Prix.

The Red Bull driver said on his radio during practice he would have to “visit the dentist after the weekend” because the vibrations on one set of tyres had been so bad.

“These tyres are already vibrating like a flat-spotted for 300 metres,” he told his race engineer. “What a joke, mate, I can’t even see where I’m going, so much vibration.”

Speaking after the session Verstappen said the combination of a slippery track surface and the reduced downforce on this year’s cars made for tricky driving conditions.

“It’s just very tricky out here with the Tarmac again,” he said. “It’s super-slippery. I know it’s the same for everyone, but it’s not really enjoyable to to drive.”

“Of course the tyres have changed and of course we lost a bit of grip from the car compared to last year,” Verstappen added. “But it’s very tricky out there.

“It’s a shame because it’s all about tyre prep, tyre temperature and it shouldn’t be like that. But it’s, of course, like I said before, the same for everyone.”

“The car felt alright but still some work to do for tomorrow, that’s for sure,” he said. “But overall it’s fine.”