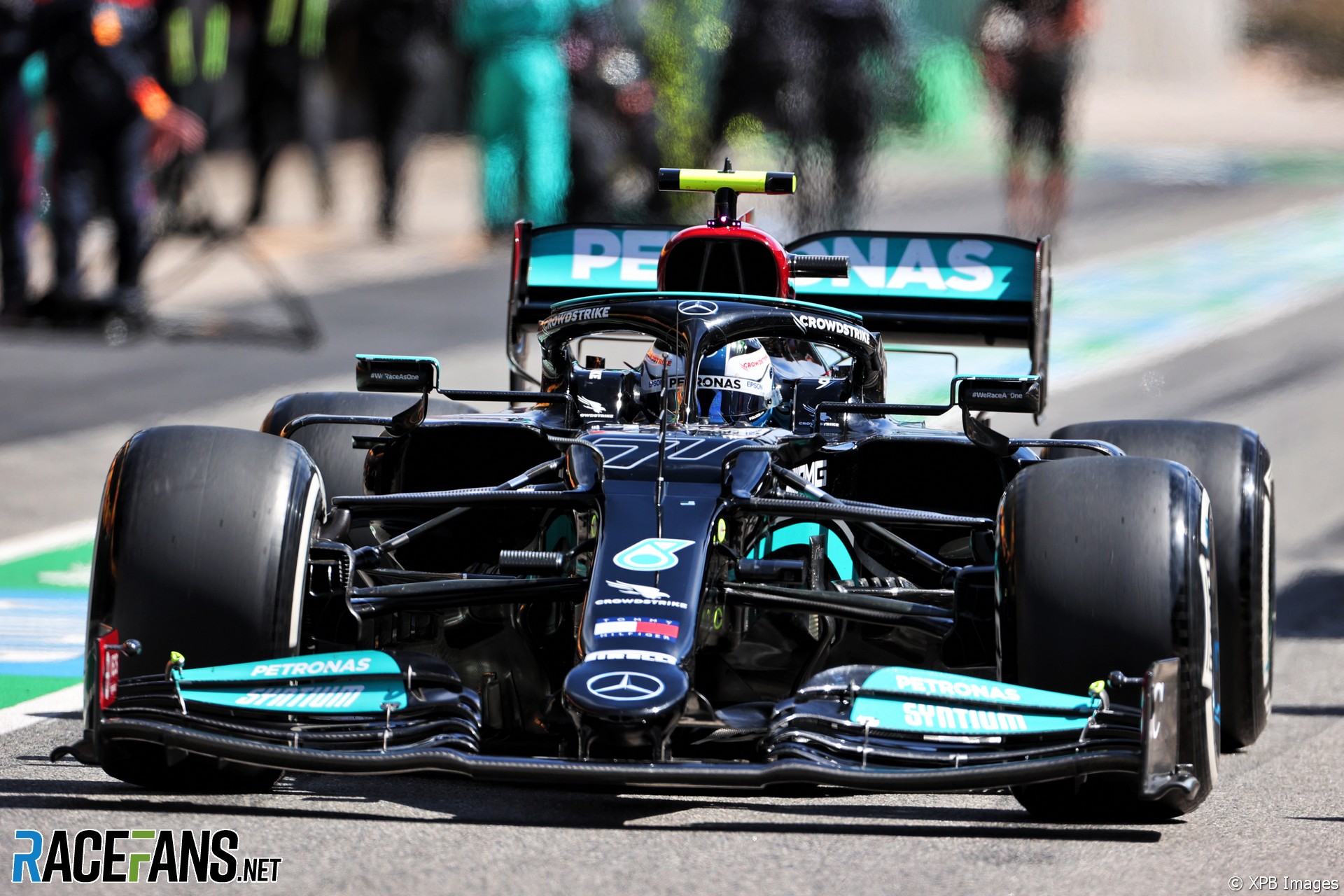 Mercedes CEO Toto Wolff admitted the team slipped up by calling Valtteri Bottas in too early for his final pit stop at the end of the race.

Bottas was running third behind Max Verstappen when Mercedes brought him in to fit fresh tyres in order to make a bid for the fastest lap bonus point. But because they did so with two laps to go, it created an opportunity for Red Bull to do the same with Verstappen.

“We had a little bit of a stupid moment,” Wolff admitted. “It should have been the next lap. But, learn and move on.”

Despite the error, Bottas still scored the point for fastest lap. He set a 1’18.685 on the penultimate tour which Verstappen beat by 16 thousandths of a second on the final lap. However the Red Bull driver strayed beyond track limits at turn 14, and his lap time was deleted, handing the bonus point to Bottas.

Race winner Lewis Hamilton never had large enough lead over his rivals to do the same. He decided not to attempt to set a quicker time on worn tyres, deciding it wasn’t worth the risk.

“There are days when it’s necessary to take the extra risk to take the extra [point] but today wasn’t one of those,” said Hamilton. “I think it was just about making sure we finished strong and bag the points, because every point does count.

“I’d heard that Valtteri had stopped and then I heard that Max had stopped so it was going to be close between the two. At the time, Max had obviously got the point, which takes a little bit off the great result that we had but obviously it didn’t turn out in the end.”