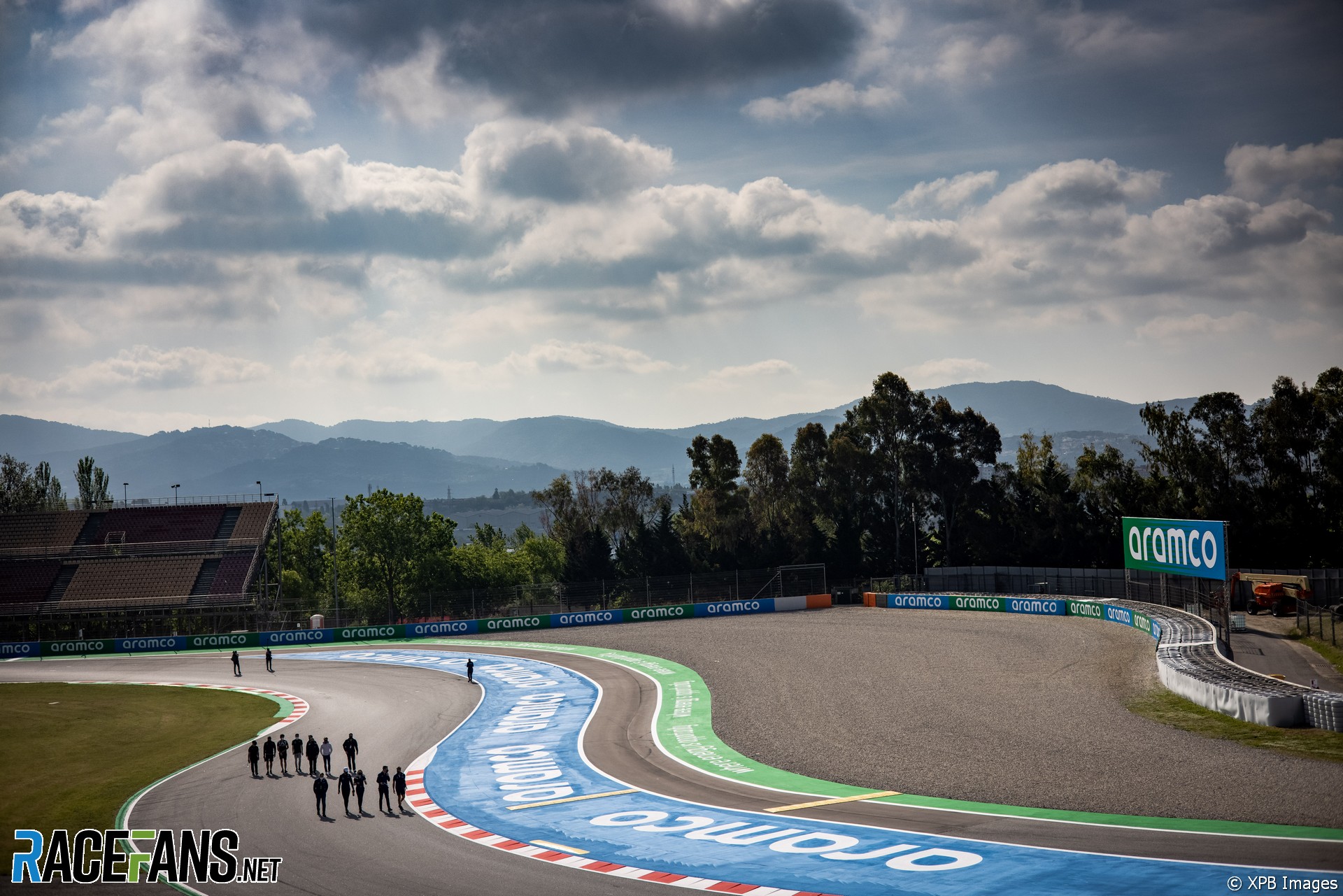 Formula 1 drivers have been given revised track limits guidance ahead of the start of practice for the Spanish Grand Prix weekend.

Last year, F1’s track limits restrictions were revised during the Spanish Grand Prix weekend. They originally applied to turns one and two only, but these restrictions were later revised and an additional limitation imposed on turns 13 to 15, including the chicane past the old section of circuit.

Ahead of this year’s race the first track limits instructions given to drivers on Thursday matched the original guidance from last year. This has now been revised to reflect the updated instructions which were in force for last year’s race.

At turn one and two (pictured top), any drivers who touch the yellow speed bumps, pass between them or to the left of the yellow apex ‘sausage kerb’ at turn two will be required to follow the route directing them back onto the circuit. This leads them to turn three, where they must pass to the left of two yellow bollards at the entry to the corner.

Any drivers who fail to negotiate turn two will have their lap time deleted. If they do so on two occasions in the race, they will be shown the black-and-white flag, and may face a penalty from the stewards if they continue to run wide.

Drivers will also lose their lap times if they fail to negotiate turns turn 13, 14 and 15.

In all cases the restrictions will not be applied to a driver who is deemed to have been forced wide by a rival.