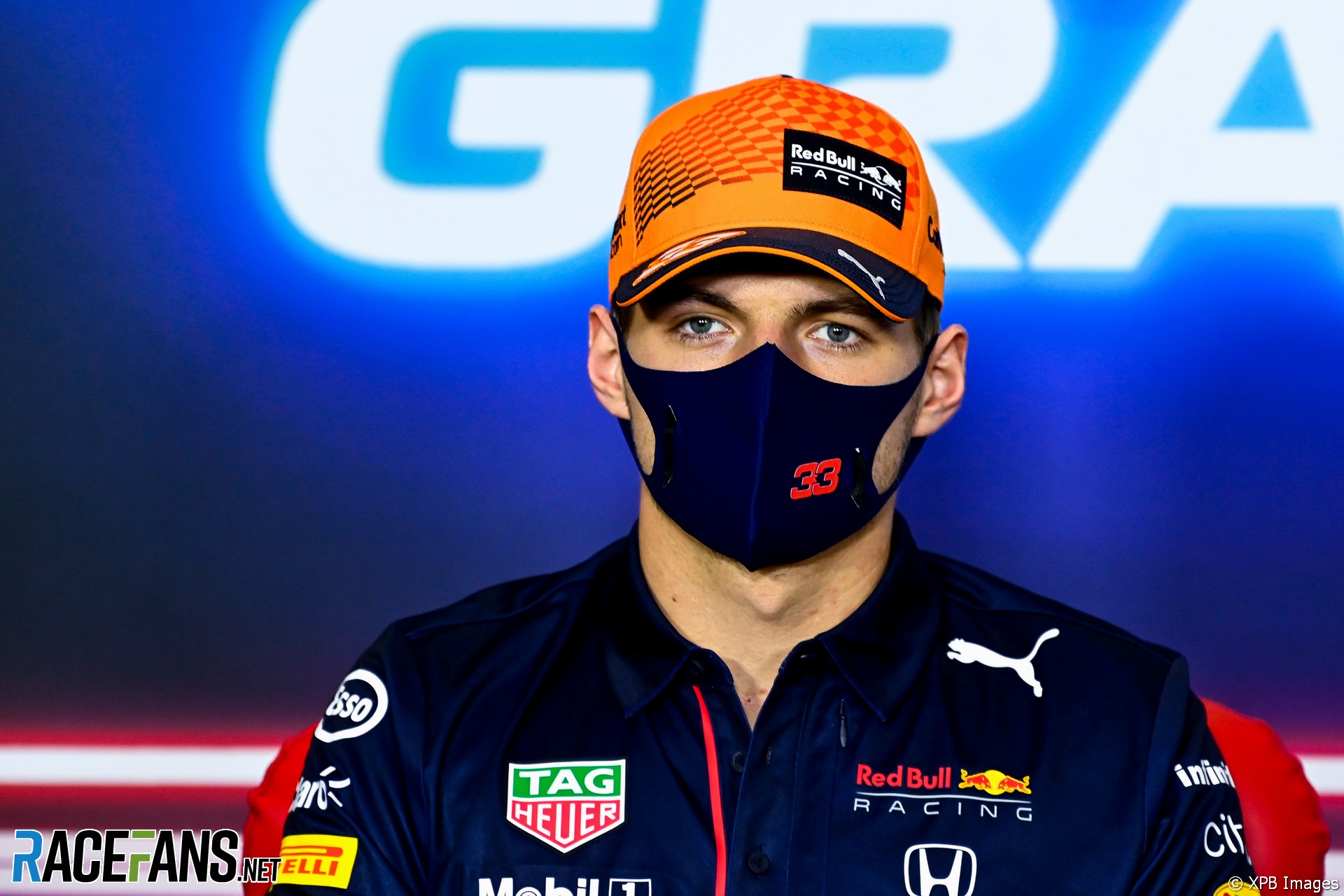 Max Verstappen says there isn’t much more he can do to ensure he obeys track limits, after an error on the final lap of the Portuguese Grand Prix cost him a championship point.

Following the last race the Red Bull driver said it was “odd” he lost the bonus point for fastest lap because his time had been deleted for running wide at turn 14. Drivers were advised on the Saturday before the race of the change in how track limits were being enforced. This was the second alteration to the guidance during the weekend.

Verstappen has appeared unaware of a mid-weekend change in the enforcement of track limits on two occasions this year. During the Bahrain Grand Prix he expressed surprise on his team radio over the easing of restrictions at turn four, which Lewis Hamilton consistently exploited. He later overtook Hamilton by running off-track at the corner, and had to cede the position, costing him victory.

But Verstappen doubts there is much more he can do to improve his adherence to track limits. “I don’t think there is anything to be done to be on top of it,” he said. “In Bahrain there was some misunderstandings between teams on what was allowed and what wasn’t.

“You can also see it differently. I’m just trying to get everything out of the car when we are not on the same level of Mercedes.

“But I [could] also easily just be not in that topic of using track limits or whatever. But then I [would be] quite comfortably behind a Mercedes which I don’t like. I always try to get the best possible result out of it.”

“I went twice basically outside of the track limits where it cost me basically a pole and a fastest lap. But it’s also because I don’t settle for second or third.”

Track limits have been a focus of discussion in all three race weekends so far this year. Verstappen acknowledged that enforcing the restrictions is harder at some circuits than others, particularly when F1 visits tracks which are also used for bike racing.

“Some tracks are just a bit more difficult to police, really, with track limits,” he said. “I think we do need to find a solution.

“Of course I do understand some tracks we race with Moto GP and of course they want a bit different kerbs to what we like.

“But I think we need to find a middle way which works for both because with our cornering speeds basically we can really abuse the whole track because of the grip we have with the cars which makes it really difficult sometimes to really judge proper track limits.”

Physical deterrents to stop drivers running wide such as gravel traps should be used wherever possible, Verstappen believes.

“From my side I think we should try and put a bit more gravel back in places,” he said. “Of course that’s sometimes not what tracks want because when you have track days, people go off, the gravel comes onto the track, they need to clean it, it all costs money to put it back in place.

“But I think it’s just sometimes a bit confusing also from the outside where some places you run onto a kerb, some places are policed with a white line. I think we can make it a lot better by making sure that there is a hard limit when you go off a kerb or whatever.”

41 comments on “Verstappen: Nothing more I can do to ensure I obey track limits”