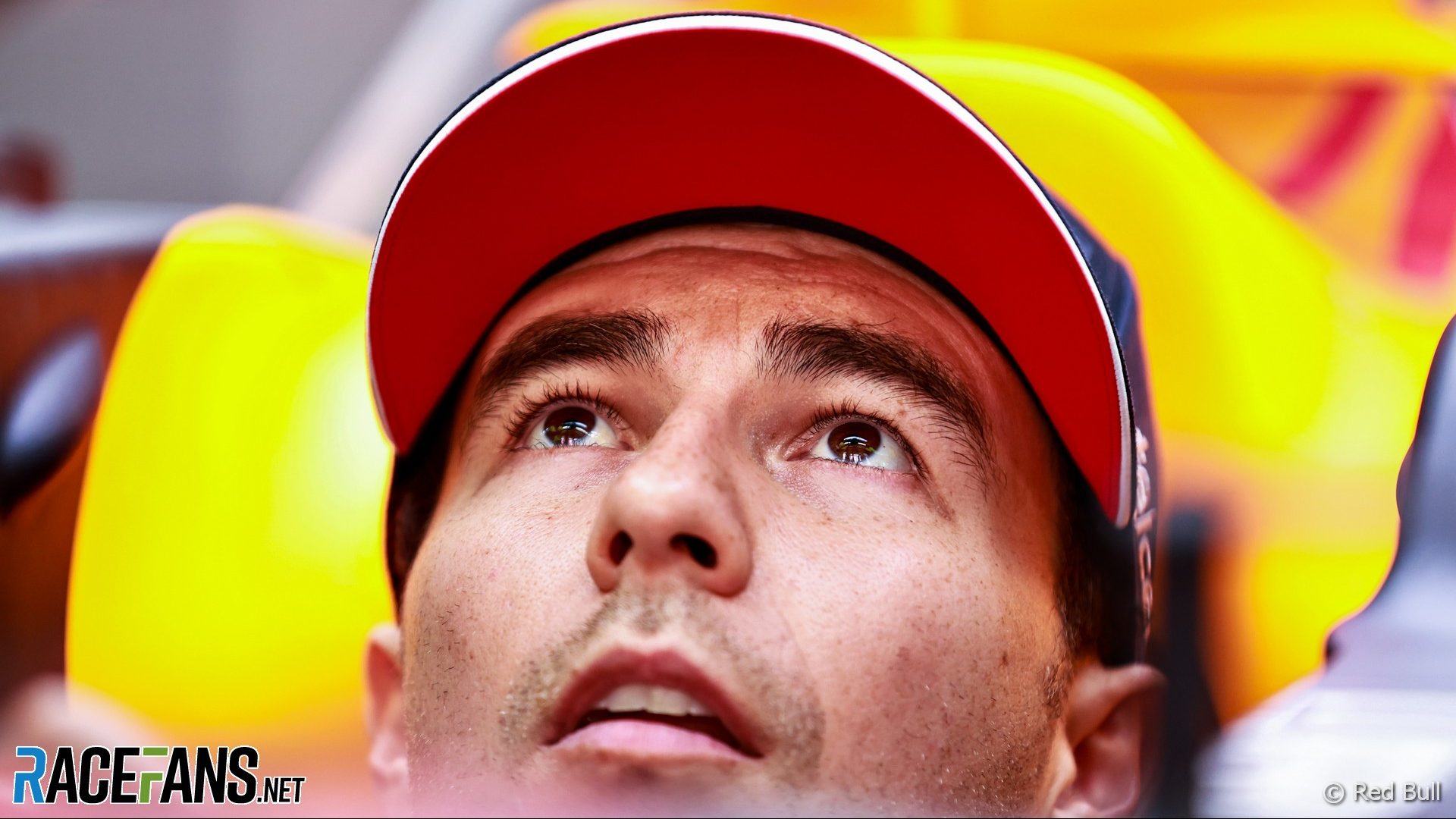 In the round-up: Sergio Perez says his somewhat lonely race in last weekend’s Portuguese Grand Prix gave him the space to learn more about how the RB16B should be driven over a grand prix.

Perez agrees with Horner that his race understanding has improved

After finishing fourth in the Portuguese Grand Prix, Perez said he hoped for more but, as team boss Christian Horner summarised, he had got more than points from the experience.

“Although the result wasn’t fantastic in Portugal, the race pace was a good step forward.

“But more than that, the understanding; after you can analyse that race and compare it in many aspects to the leaders and and learn from from that what they’re doing, how I can improve my race pace. And that’s something that definitely has done a good step in the right direction.”

Antonio Giovinazzi has said that the Portimao race, despite an incident between himself and team mate Kimi Raikkonen early on that took the older driver out of the race, reflected Alfa Romeo’s lack of points-scoring potential when other teams don’t hit trouble

“We qualified P12 and we ended the race P12, so I think so far, this is our position. Especially since it was a clear race.

“Nobody stopped in front of us and [no one ahead] was a DNF. So, for sure, much better compared to last year, but still not enough to to be in the top 10.”

Latifi was “hanging on” in Portugal

After several years of running around at the back, Williams’ qualifying pace at the Portuguese Grand Prix potentially over-promised. Nicholas Latifi reflected that, “‘Tough’ is a bit of an understatement,” for how their race went.

“It was a very, very tricky weekend and especially race. From what we’ve seen afterwards, I think it was kind of what we were expecting going into the weekend. With the promising low-fuel pace that was eventually shown, you kind of want to go into Sunday hoping that it wasn’t going to be as bad as we thought it was going to be.

“[We were] just trying to be a bit on the optimistic side. We were anticipating with the way the conditions were and just the sensitivities of our car that, unfortunately, it was just the case with how difficult it was to drive. It was just really a race of hanging on, trying to keep the car on the track.”

Had a quick scroll though the @FIA F1 Sporting Regs this morning and it does seem to use "he" fairly frequently to refer to the driver, the clerk, the director etc. Not *loads* but often enough.

Should be a fairly easy thing to correct to future versions.

"F1 has made a huge effort to reduce the use of single-use plastic in the pit and paddock from this season, and the circuit’s full recycling and waste recovery programme ensures the usage of re-usable cups, assisting the sport in its mission. Since 2008, the circuit has recovered 600 tons of waste that has gone on to be recycled."

'You can break so much later and you arrive 50kph faster': Leclerc on getting to grips with F3 (Formula 3)

"'In regional, you don’t have very much aero, and the car is really heavy,' Leclerc began. 'The speed that you can carry into the high-speed sections and the braking zones in Formula 3 is really, really powerful.'"

Ricciardo and Norris are coming to Festival of Speed (Goodwood)

"The first F1 drivers to make the bill, Ricciardo and Norris will share Ayrton Senna’s 1988 McLaren MP4/4, 1990 MP4/5 and 1991 MP4/6 Championship-winning machines over the Festival of Speed, which will take place on the weekend of the 8th–11th July."

How to solve a problem like Hamilton? You built your team around one of the greatest of all time, but where do you go when you need to get someone new? David BR says maybe Mercedes should move sooner rather than later, if they’re staying in F1:

[Hamilton’s] not going to say anything publicly against Bottas and he needs him driving well. Privately (e.g. to Wolff) who knows.

Hamilton’s experience has been one of negative rivalry when he had chances for a world championship (Alonso, Rosberg), a period when it didn’t really matter in championship terms but the situation soured (Button), and fairly easy domination of the other driver (Kovalainen, Bottas).

Where would Russell or Norris fit in? On evidence, he must anticipate the arrival of a faster team mate as destabilising. Sure he relishes competition, that’s evident from this season, but clearly he much prefers that competition to be outside his team.

That’s why Mercedes really have to make this call for themselves. They need a replacement for LH at some point, isn’t it better to put a faster team mate there, even if it unsettles Hamilton a bit?
@david-br