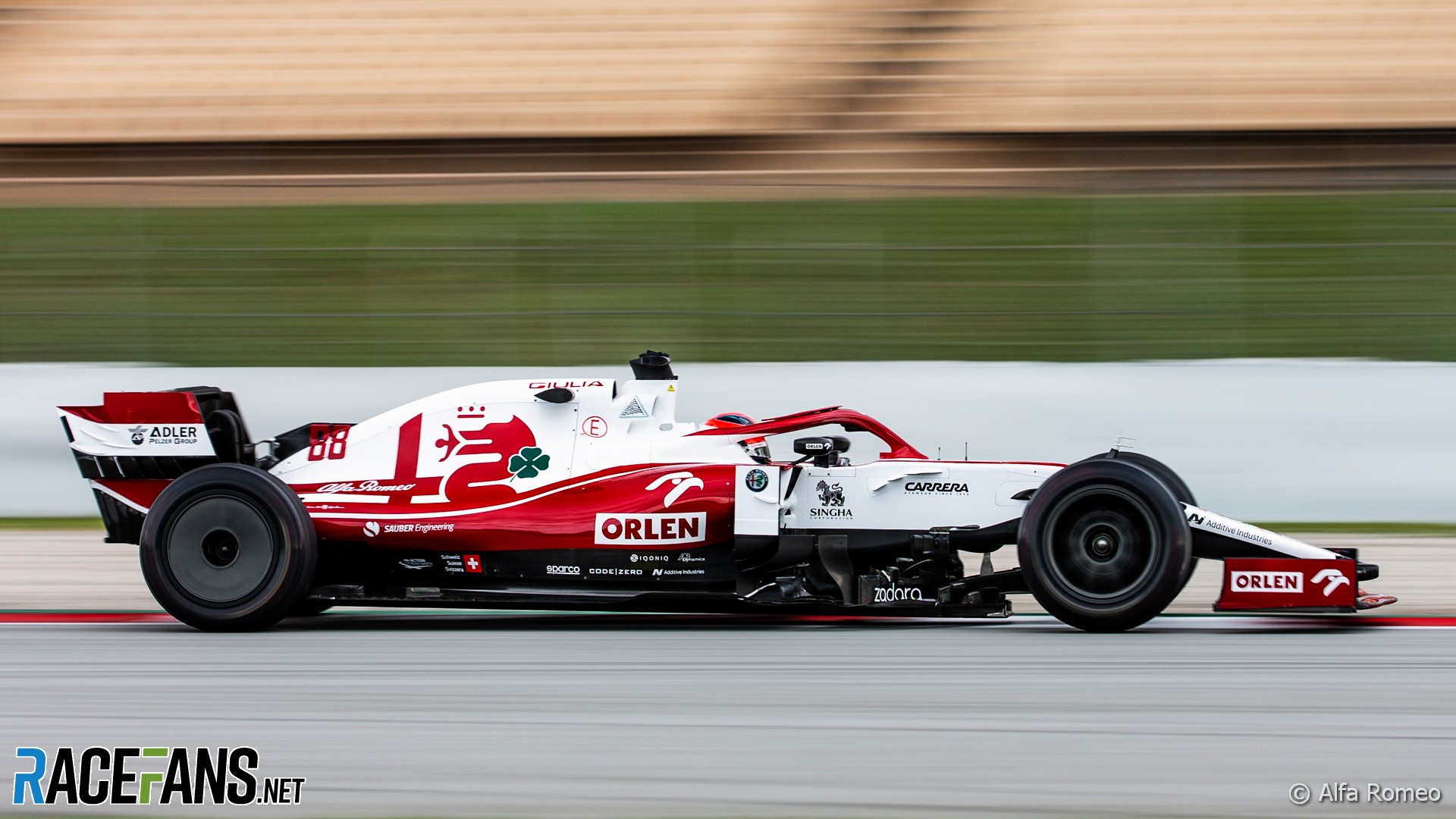 Pirelli has largely finalised the construction of its new 18-inch tyres for the 2022 F1 season and is starting work on developing compounds at its test this week.

Robert Kubica has become the latest driver to sample their prototype rubber for next season, which will replace the 13-inch tyres being used this year. He is driving a version of the team’s C38 chassis from 2019 which has been adapted to simulate next year’s projected downforce levels.

It is the latest in a series of tests Pirelli has conducted with different teams since the season began. The tyre manufacturer’s head of motorsport and car racing Mario Isola described how their development is progressing.

“The important elements that emerged from the test in Imola with the Mercedes was that all the constructions tested gave us a result that was coherent across different cars and across different circuits,” he said.

“So we had the possibility to validate different constructions starting from Jerez to Bahrain, Imola and we are now in a situation where I would say that the construction is almost finalised. In Barcelona we start a test campaign on compounds.”

Kubica is testing one of a “new family of compounds” which is designed to offer improved driving characteristics including less overheating and degradation. However, Isola noted, “we need to keep a bit of degradation because otherwise it’s useless to bring three different compounds.”

“But in terms of targets, I am confident that we are going in the right direction,” he added.

Alpine and Red Bull are also due to test the 18-inch tyres this week.