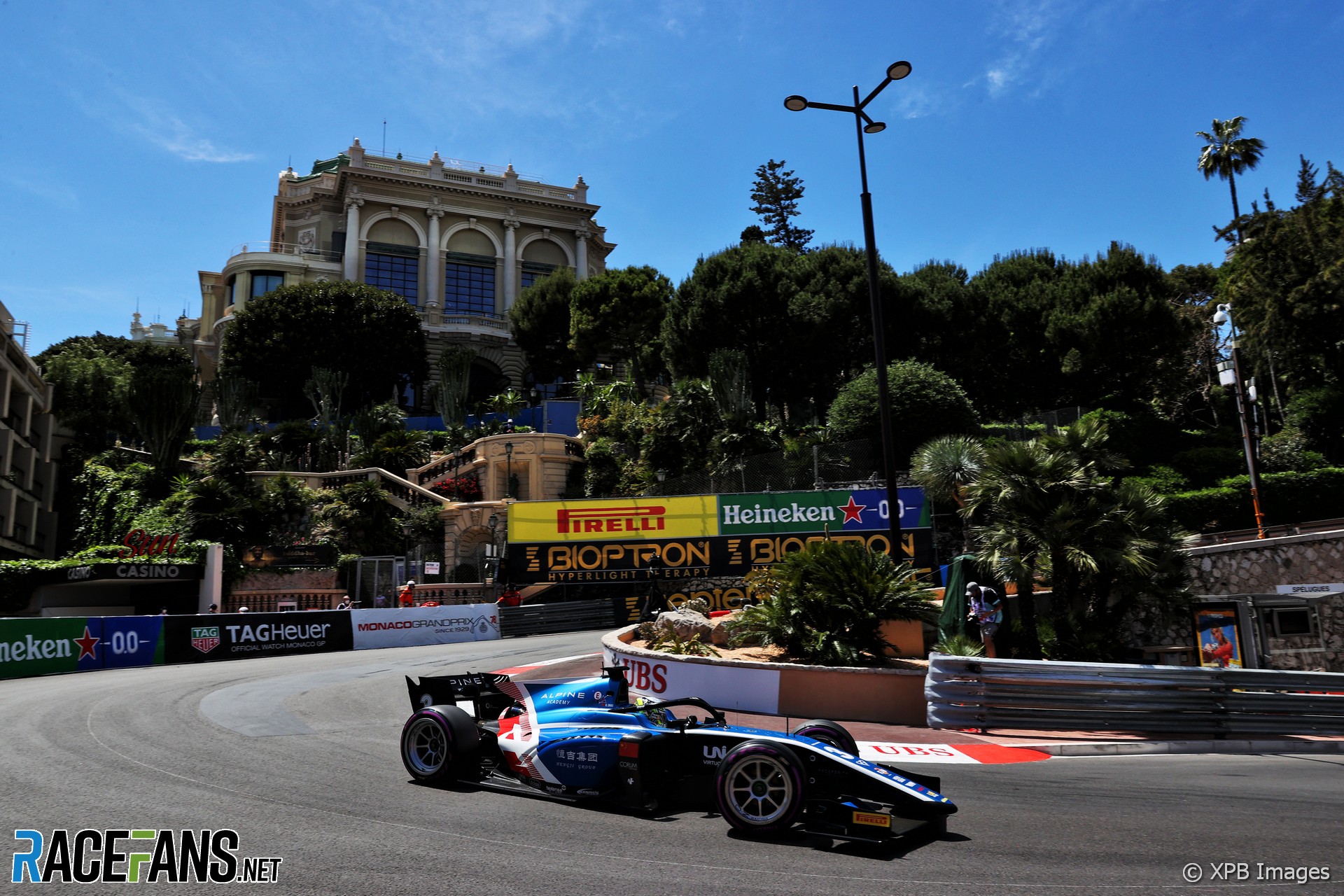 Guanyu Zhou won the opening Formula 2 race in Monaco despite a late Safety Car period giving his pursuers an opportunity to strike.

Having qualified 10th yesterday, the championship leader started from pole position on the partial reverse grid. He led the field away cleanly, while Christian Lundgaard moved up to second place from third on the grid at the expense of Zhou’s Virtuosi team mate Felipe Drugovich.

Lundgaard was doomed not to finish there, however, as he became the latest victim of Formula 2’s continuing reliability problems. His ART-run Dallara began smoking heavily around half distance, and after puffing its way around the Principality for several laps, Lundgaard ground to a halt.

That re-established a one-two for Virtuosi which held to the flag, despite a Safety Car interruption on lap 25. Gianluca Petecof, who was sidelined with a spectacular engine failure during practice yesterday, hit the barrier at the exit of the Swimming Pool. He was recovered quickly enough for the action to resume just three laps later.

Zhou kept his lead at the restart from Drugovich, Roy Nissany and Ralph Boschung. Juri Vips lagged a further two seconds behind, though through no fault of his own, having been held up by the lapped car of Alessio Deledda at the restart.

Deledda, who was allowed into the race despite failing to qualify yesterday, lapped around five seconds off the pace and went a lap down on the 19th tour. He peeled into the pits as the race restart, but not before holding Vips up sufficiently that Dan Ticktum spent the final laps crawling all over his rear wing. Vips’ cause wasn’t aided by the fact he’d taken more out of his tyres than most, setting the race’s fastest lap on the 22nd tour.

They took the flag in that order, followed by race three pole-winner Theo Pourchaire, Oscar Piastri and Liam Lawson. But in a race which predictably featured little passing, one significant move occured on the final lap.

Marcus Armstrong found a way by Jehan Daruvala into 10th place, which gives him pole position for the second race of the weekend tomorrow morning. The DAMS driver therefore has a precious chance to gain some ground in the championship, having retired three laps into the season-opener when his engine failed.

Robert Shwartzman’s race ended after he struck a barrier on the first lap. Marino Sato joined him in retirement when he thumped the barrier at the exit of Sainte Devote shortly before the chequered flag fell.