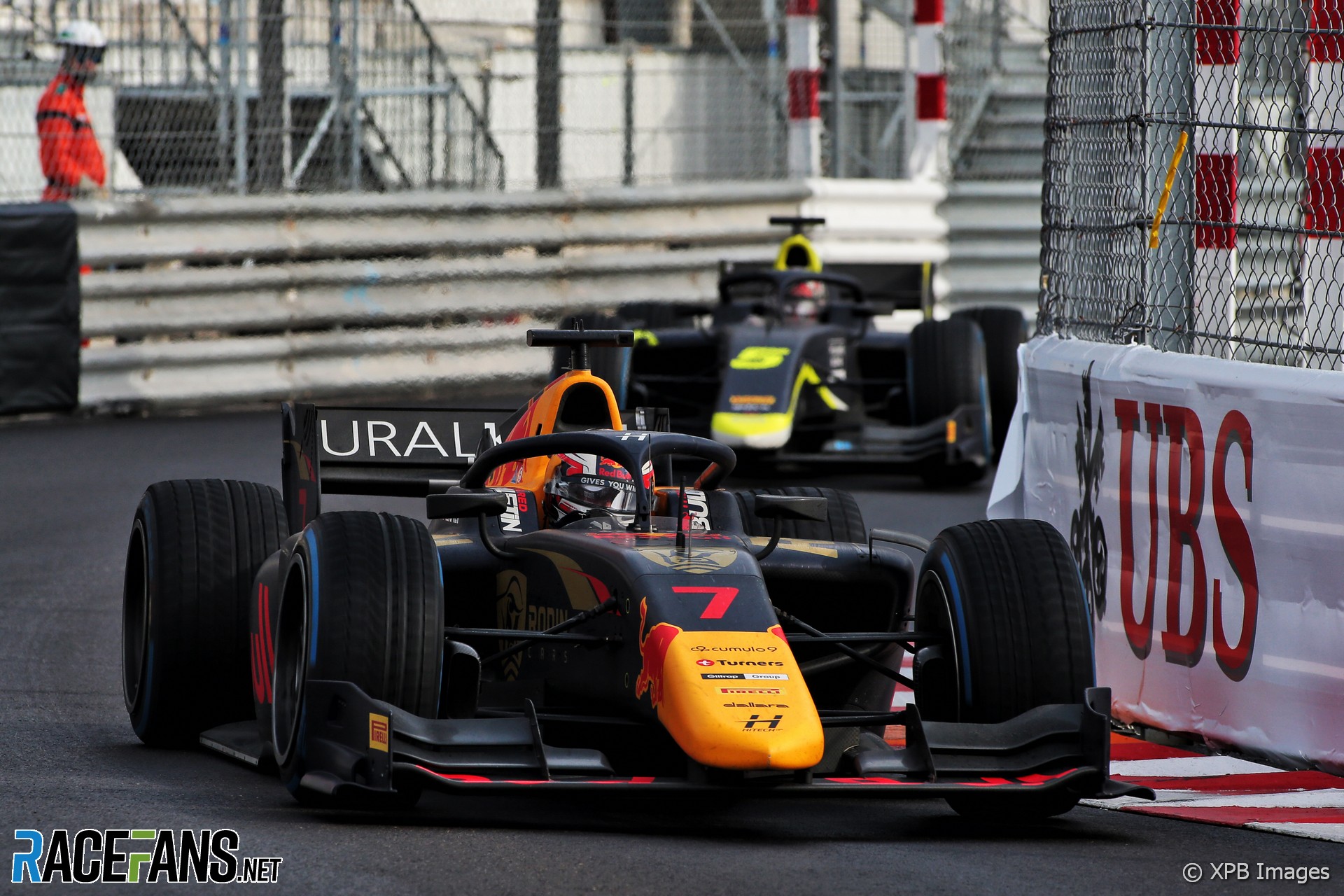 Liam Lawson has accepted the disqualification which cost him victory in today’s second Formula 1 race in Monaco.

Lawson fell foul of a regulation which states drivers must “use a defined throttle pedal progressivity map programmed in position 1 of the steering wheel throttle map rotary knob during all formation lap starts and race starts until the car speed reaches 50kph.”

The Hitech driver insisted he gained no advantage from the throttle map error which led to him being thrown out of the classification. Lawson said the error caused the slow getaway which cost him the lead of the race to Oscar Piastri.

“The knob being set in the wrong position gave me a terrible start and that is why I lost the lead off the line,” he said. “But that’s the rule. Such a shame, Monaco, of all the places this is the last place I would wish it to happen.”

After losing the lead to Piastri, Lawson quickly caught and passed his rival. He crossed the finishing line eight seconds ahead of second-placed Dan Ticktum, just two laps after a Safety Car restart.

“The last couple of laps were really good, and it was an incredible feeling to cross the line first in Monaco,” he said.

After losing what would have been his second win of the season, Lawson started the afternoon’s feature race from 12th place. He said he should have finished higher than his eventual seventh place.

“We had a good strategy, were on for a top five finish from 12th but the pit stop was long. I boxed right behind Drugovich and he finished on the podium so that was a real shame. Also I came out right behind Armstrong and just couldn’t pass.”