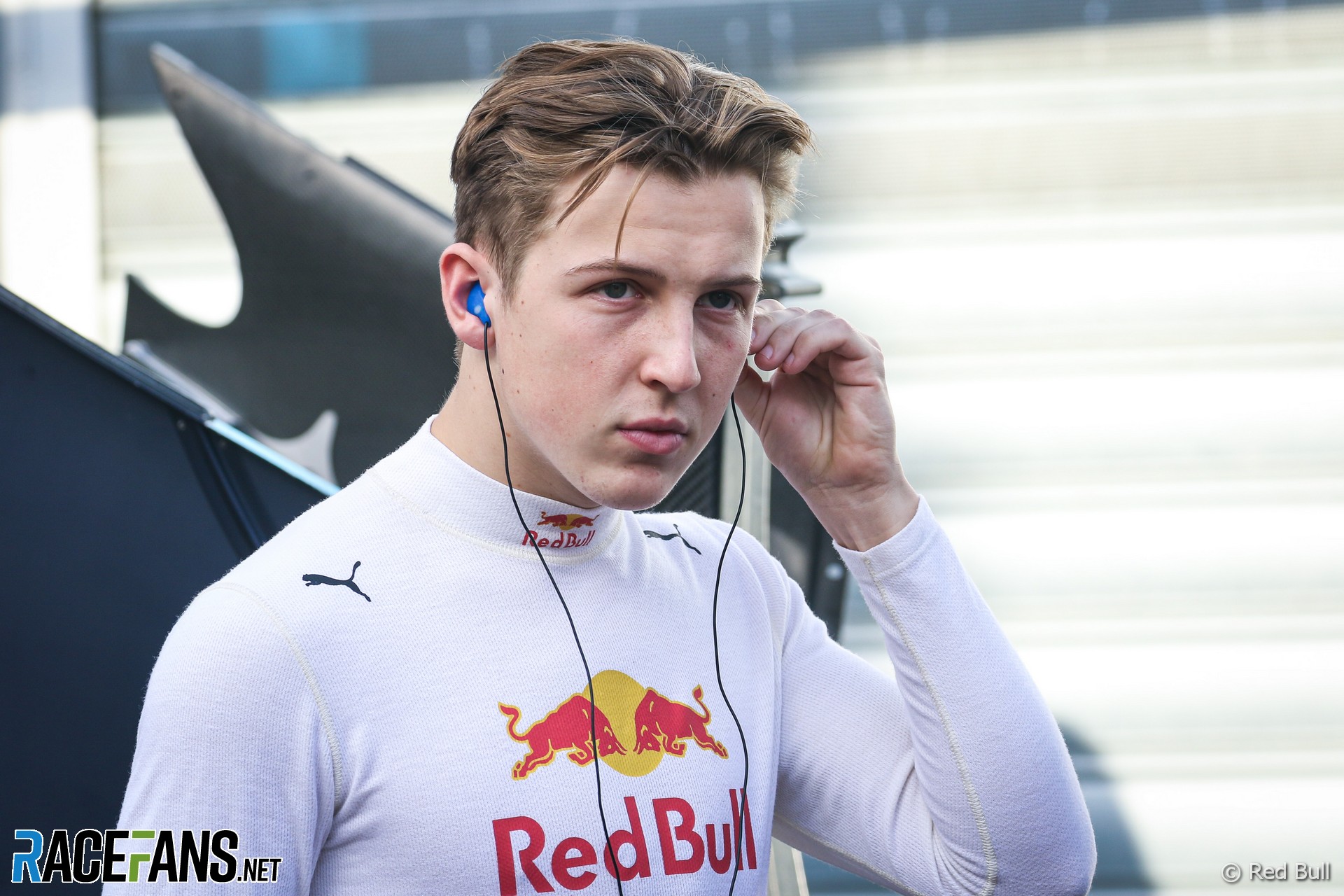 Liam Lawson has taken Formula 2 pole after a clean, closely fought session where he battled for fastest time with team mate Juri Vips.

Having taken pole, Lawson will start first in the feature race on Sunday. He will line up tenth for the first sprint race tomorrow which uses a partially reversed grid.

Robert Shwartzman will take pole position for race one, having qualified 10th during today’s session. He pipped Felipe Drugovich to the key position in the last moments of the session, by just two hundredths of a second.

Despite Dan Ticktum’s prediction on the radio that there would be “loads of red flags” the session was largely drama-free. A yellow flag in sector one, for a slight excursion into the run-offs by Christian Lundgaard, was the only significant disruption – it lasted less than a minute but was enough to disrupt some drivers’ final attempts to set a time.

Juri Vips, who had been fastest in the morning practice session, was Lawson’s main challenger for pole. The Hitech team mates and Red Bull Junior Team members had a close tussle in the times but despite a late run with just two minutes of the session to go, Vips was unable to best either his own fastest time or Lawson’s.

Roy Nissany did not participate in qualifying after a major crash during practice at turn 14, heavily damaging his car. He will start the first race from the pit lane.

Marino Sato also crashed his car in practice, and though he was able to set at time, a three-place grid penalty will drop him to the back of the grid.

The stewards penalised him for driving his damaged car back to the pits. After severely damaging the front right of his car, he was judged to have passed five extraction points on the way back to the pits, so will face a three-place grid drop for race one. The race director’s notes for both F1 and F2 state Baku is “not a track where a driver should take any risks to get back to the pits if he has a serious mechanical problem or damage to his car.”