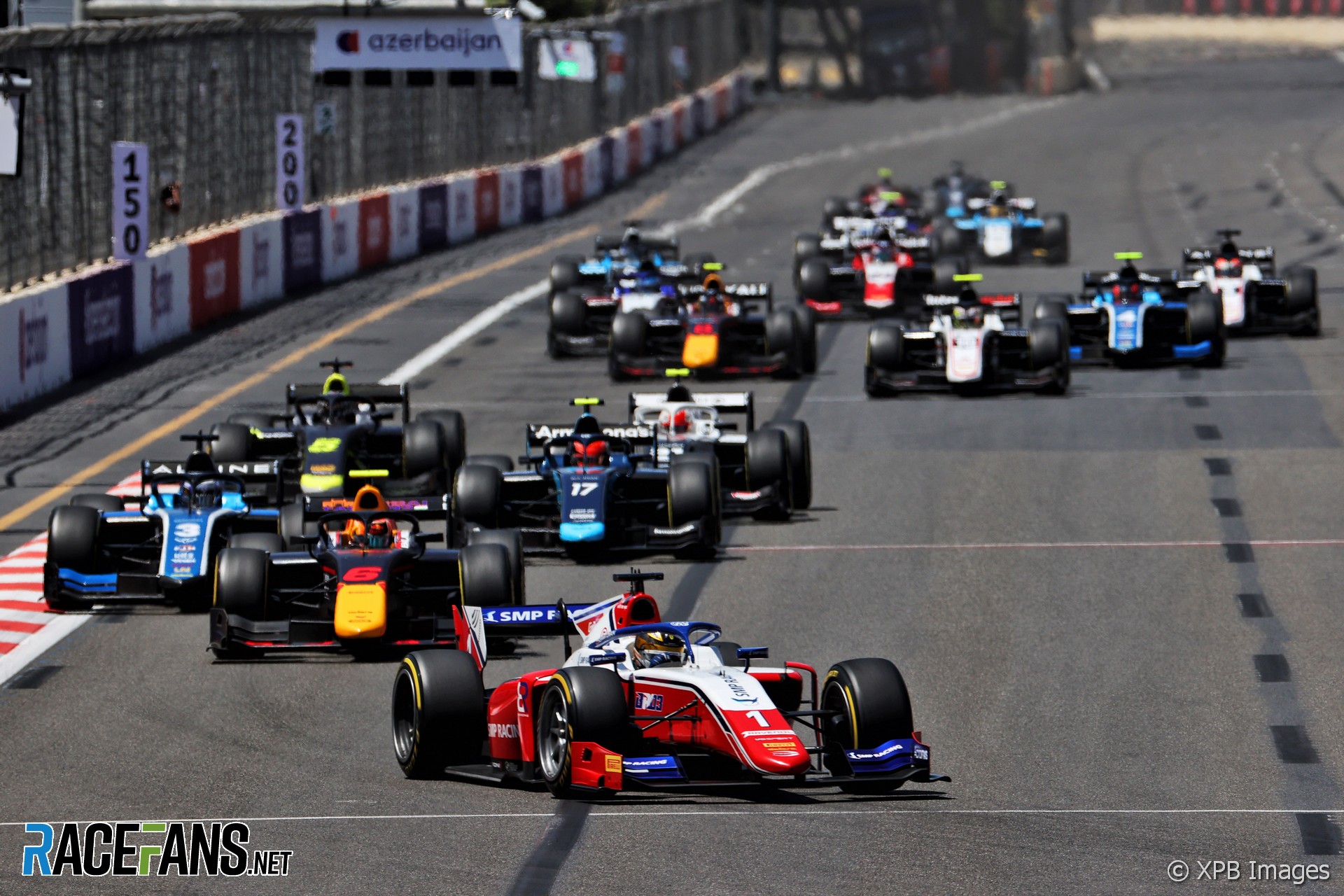 Robert Shwartzman has won his first race of the 2021 Formula 2 season from pole position in Baku.

Shwartzman qualified on pole for the first sprint race by beating Felipe Drugovich to 10th-fastest time yesterday, by two hundredths of a second. He made a clean getaway at the start and was untroubled by the drama unfolded behind him at the start.

Four cars retired before the first lap was over. Jack Aitken spun at turn one and ended his race there. Further around the opening dour Drugovich punted Oscar Piastri into the Hitech drivers. Juri Vips survived the contact but Liam Lawson ended his race in the barrier.

Alessio Deledda arrived on the scene, disappeared up the escape road and never found his way back out again, ending HWA’s involvement in proceedings before the first lap had been completed. The Safety Car was summoned so their cars could be retrieved, along with those of Piastri and Lawson, the latter making his displeasure clear on the radio.

Following the restart Monaco feature race winner Théo Pouchaire, who had made up places quickly at the start, slipped backwards due to being unable to warm his tyres. He recovered to finish fifth, from a seventh-place start, bagging the bonus point for fastest lap on the final tour.

Dan Ticktum had a superb race, rising from finish second. Although he was ultimately unable to challenge Shwartzman for the lead, he had moved up to second place by lap 12 and drew clear of points leader Guanyu Zhou.

Jehan Daruvala took fourth place with Pourchaire bearing down on him, the pair separated by six tenths of a second. Ralph Boschung claimed sixth, then had a fright after the chequered flag as Vips narrowly avoided hitting him.

The Hitech driver had chased Marcus Armstrong across the line, the fight for seventh place decided by six-hundredths of a second. Vips then appeared not to notice Boschung slowing ahead of him, and took to the escape road to avoid hitting the Campos driver.

Zhou bolstered his lead in the championship and now sits 23 point ahead of Pouchaire. Piastri has fallen to third, 26 points off the leader.