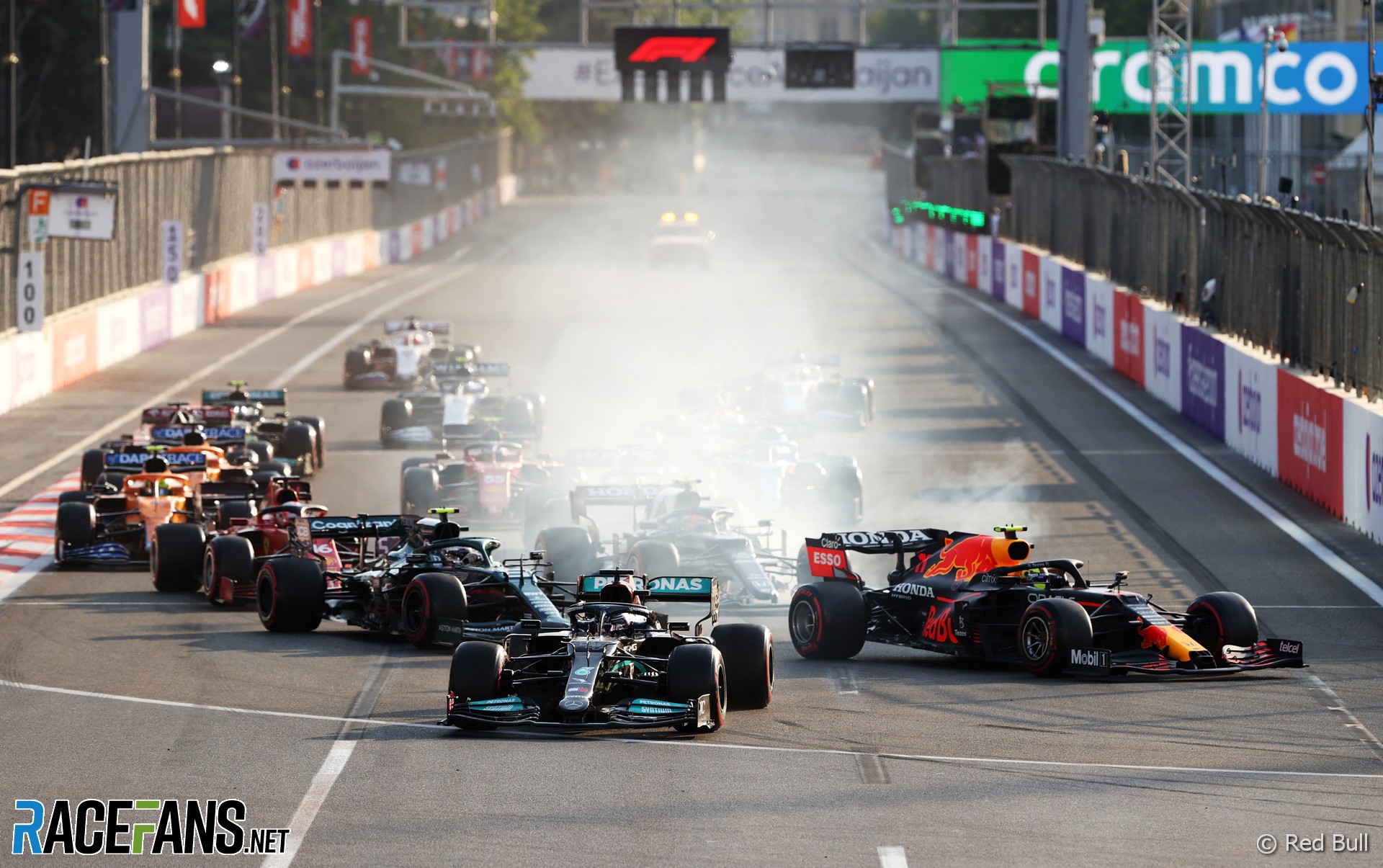 Sergio Perez won the Azerbaijan Grand Prix which was interrupted by two serious crashes, both of which appeared to be caused by tyre failures.

The 51-lap race was restarted for a two-lap sprint after a lengthy suspension, which was caused when Max Verstappen crashed out of the lead. The Red Bull driver suffered an apparent tyre failure.

Perez lined up in pole position for the restart of the race alongside Lewis Hamilton. The Mercedes driver got away better, but his brakes had been smoking heavily before the restart, and he failed to slow in time for the first corner, sliding into the run-off area. He took the chequered flag in 16th.

Behind them, Lando Norris recovered from a poor start to claim fifth and Fernando Alonso elbowed his way past Yuki Tsunoda for sixth. Behind Carlos Sainz Jnr in the second Ferrari, Daniel Ricciardo took points for ninth, despite being clouted by Antonio Giovinazzi at the restart

Kimi Raikkonen took the final point in 10th, his first point of the year. He passed Valtteri Bottas on the way, the Mercedes driver suffering a dire weekend as he laboured to 12th behind Giovinazzi.

Leclerc held his lead from pole position when the race began over two hours before the final restart. Lewis Hamilton and Max Verstappen held their positions from second and third, while Sergio Perez worked his way up to fourth position.

Hamilton relieved Leclerc of the lead as lap three began. He did not draw away, however, and Verstappen stayed close. In time the Red Bull pair also made their way past the Ferrari driver and took up position behind Hamilton.

The Mercedes driver was the first of the three to pit, but lost time in his box as Pierre Gasly came in on the same lap. That meant Verstappen was easily able to take the lead after his trouble-free pit stop the next time around.

Perez also jumped ahead of Hamilton, despite a slightly slow pit stop, and took up second place behind his team mate.

While most of the other drivers made their pit stops within the first half of the race, Lance Stroll pressed on with his original set of hard tyres. But on the 31st tour his left-rear tyre appeared to fail unexpectedly, pitching him hard into the barrier. A shocked Stroll emerged from his car unscathed, while the race was neutralised by a Safety Car.

The leaders did not pit during the interruption, and Verstappen resumed his lead when the race restarted. He was five laps away from victory when he suffered a similar-looking failure to Strolls as he approached the pit straight, hitting the barrier opposite the pits. A disconsolate Verstappen kicked his left-rear tyre after climbing from his car, but Hamilton’s subsequent failure to capitalise on his exit may have improved his mood.