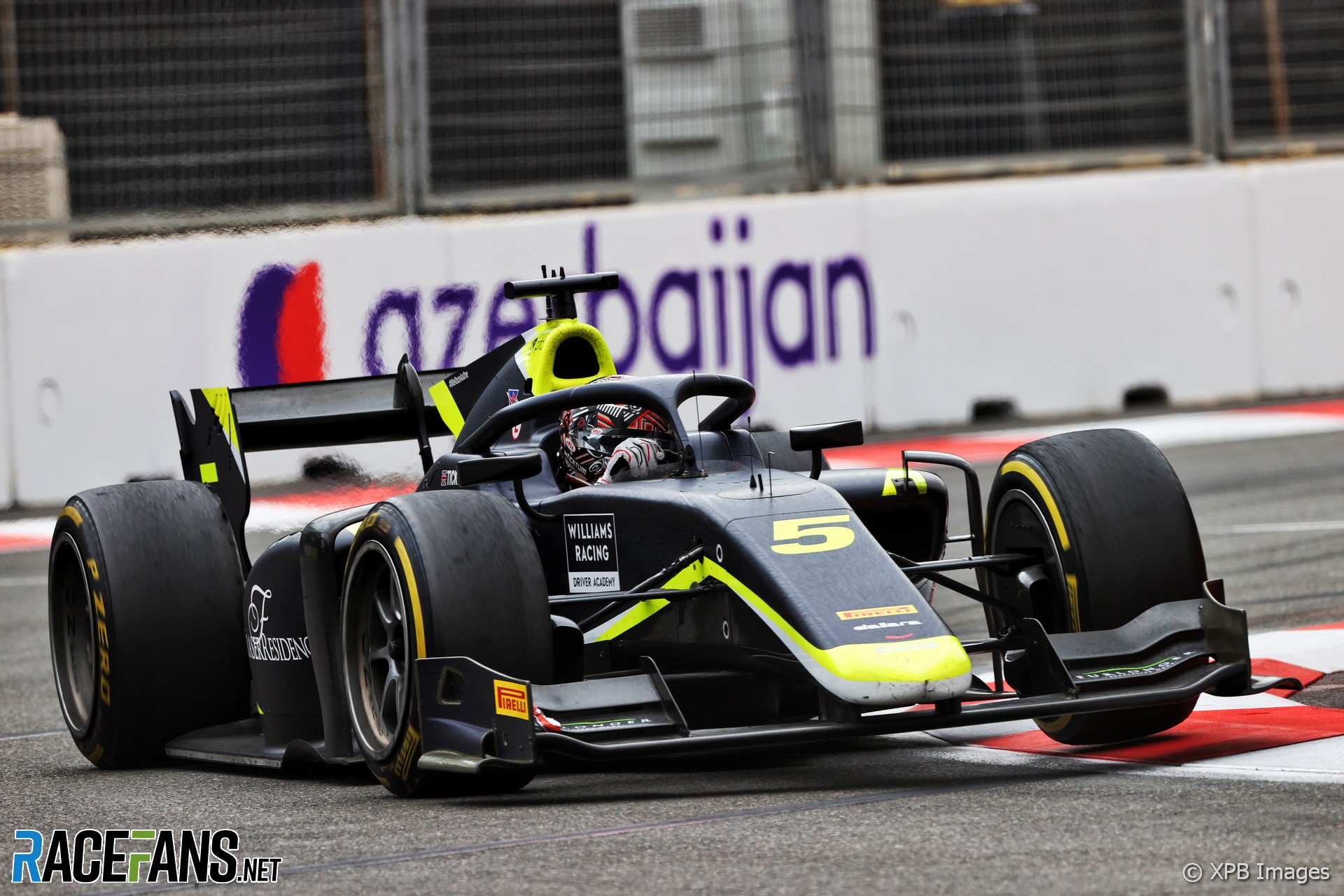 Dan Ticktum was to blame for a three-car collision in the Formula 2 feature race in Baku because there was not enough room for the pass to work, the stewards declared.

An unimpressed Ticktum, who was given a 10-second time penalty and two endorsement points on his licence, called the decision “beyond ridiculous”.

The Carlin driver dived down the inside of Theo Pourchaire and Marcus Armstrong at turn three on lap one. The trio made contact, and while Ticktum was able to continue the other two retired.

Ticktum said Armstrong left him and Pourchaire between them too little room to make the corner.

“To get a 10 second penalty for that is beyond ridiculous but it’s all happened now. The pace was obscene so I really think I could’ve won today.”

The stewards explained why they held Ticktum responsible for the crash. “Cars 17 [Armstrong], 10 [Pourchaire] and five [Ticktum] approached turn two with car 17 on the right and ahead of car 10, which was in the middle and ahead of car five.

“Car five had visibility of both cars ahead of him and on his right as he approached turn two, knowing
there was not room for more than two cars to take the corner side by side. He maintained his position, knowing that the space he was in was inevitably going to disappear at the apex. Car five was wholly responsible for the subsequent contact.”

Ticktum’s penalty was one of seven handed down by the stewards following an incident-filled race.

Pole winner Liam Lawson was given a 10-second time penalty and two penalty points for forcing Pourchaire off-track at the exit of turn one at the start. Lawson “went off track on the inside of turn one at the exit and whilst off track thereby forced car 10 even wider and into the pit lane exit”, the stewards ruled. Richard Verschoor was given the same sanction for crashing into the back of Bent Viscaal at turn one.

Two drivers collected penalties for pit lane violations. David Beckmann was issued a five-second penalty for failing to fully enter the fast lane, driving along it with two wheels in the slow lane. Oscar Piastri was penalised 10 seconds after his Prema team waved him out into the path of Felipe Drugovich.

Alessio Deledda was held responsible for two violations, putting him on a total of four penalty points. The stewards blamed the HWA driver for a collision with Guilherme Samaia and penalised him for taking too long to allow race winner Juri Vips to lap him. The stewards said Deledda “moved in a dangerous way that could have caused a significant incident”.