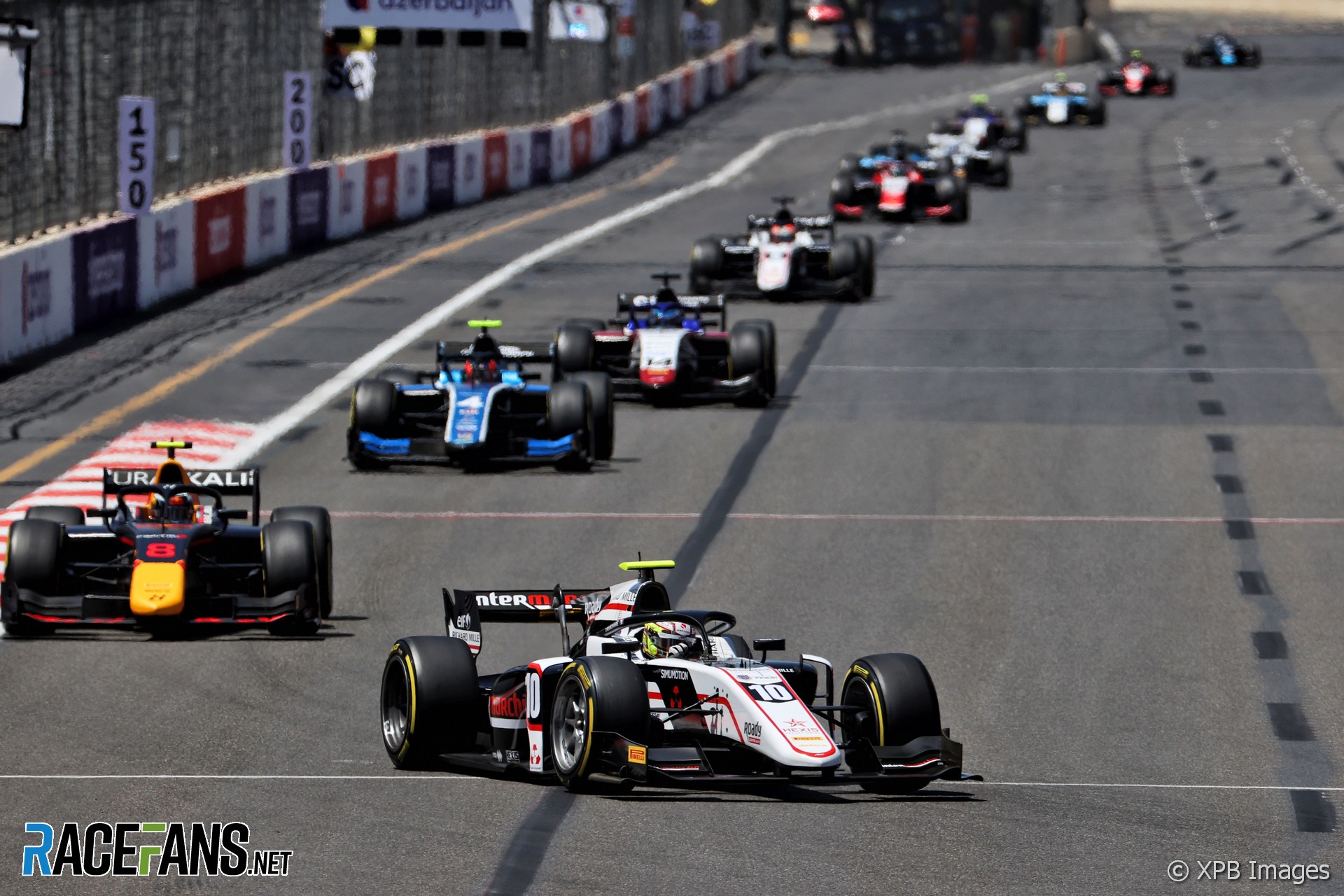 In the round-up: Formula 2 rookie star Theo Pourchaire may miss the next round of the championship due to the injury he sustained in Baku.

Theo Pourchaire has confirmed he underwent treatment on his broken wrist, sustained in a crash during the F2 feature race in Baku

In a social media update, Pourchaire said “Just wanted to tell you that I’m fine, yesterday as soon as the plane landed I went straight into a special clinic in Monaco. I have the left radius broken, it is really painful but it’s okay.”

The next F2 race is in six weeks’ time, at Silverstone. “I [will] have my arm immobilised for four weeks from now, I will give everything to be back soon.

Incoming CEO Benedetto Vigna is a physicist who worked in the technology industry, developing sensor systems that powered developments such as iPhone screen rotation and the Nintendo Wii’s motion detection.

“It cost him some top speed,” Tost confirmed. “We have to investigate what was the reason for this – he could not get out the maximum of what we normally have. This was also the reason why he couldn’t fight back against Vettel.”

St Petersburg mayor Rick Kriseman said “I am thrilled that the grand prix will be in the Sunshine City through 2026. I want to thank City Council for recognizing the importance of this race in St. Pete.

“I also want to thank Kim (Green) and Kevin (Savoree), and everyone at the grand prix for not only organising and promoting one of our city’s best events year after year, but for their dedication to our community.”

"'It is strange to be home watching it and not being part, knowing your friends are doing it. So we’ll see what the situation is and then family-wise what do we think of doing. Initially I said I did not want to do ovals, now I would like to try one and then see if I want to do more.'"

"'He does two or three laps and comes back into this big apron, does a donut, turns it around and goes 'you funny f***ers' and gets back on the circuit and does three laps the right way!'"

"We didn’t want to commit to a long first stint with the hard tyre because it would mean we couldn’t take advantage of any race circumstances. We chose to start on the soft to get a bit of benefit for the start."

Carl Parker says drivers felt might be more prepared to obey the yellow flag rules if they wouldn’t risk losing places from slowing down:

It might be an idea to always extend the yellow flag zone to the following corner under all circumstances, even if the waved yellows go after the incident.

That way nobody should have to worry about getting overtaken after slowing.

Yes some may slow more than others but I don’t see much of a solution to that, other than immediately always having a VSC every time there’s a yellow on the track at all.
@Magicarl