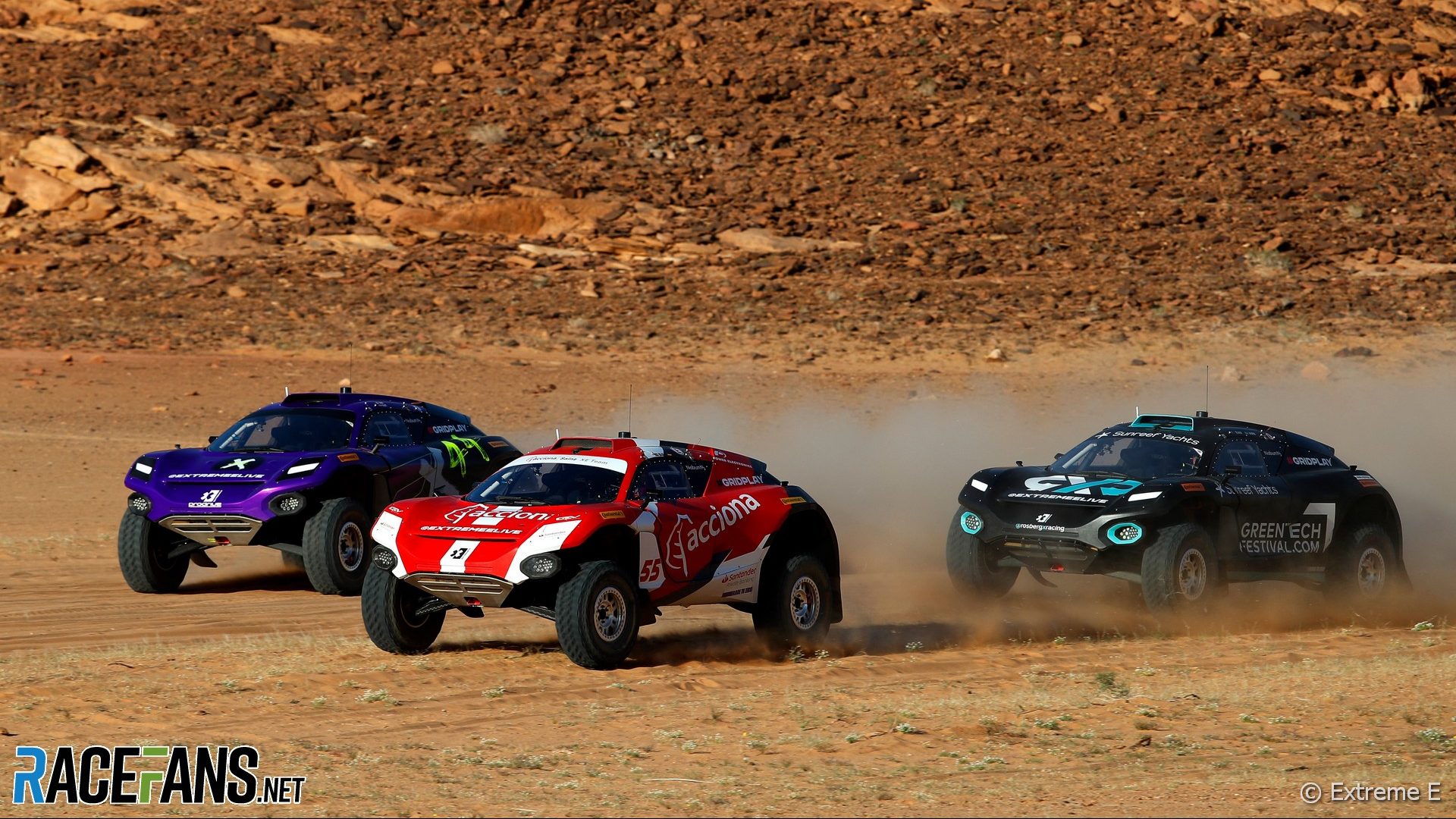 McLaren will expand its motorsport programme to include the recently-launched Extreme E series in 2022.

The team, which already competes in Formula 1 and IndyCar, will branch out into the championship for single-make electric sports utility vehicles.

Extreme E, which held the first rounds of its five-event series in Saudi Arabia and Senegal earlier this year, places a strong focus on raising awareness of climate change. It has already established attracted teams such as Andretti and Ganassi, plus outfits run by Formula 1 world champions Lewis Hamilton, Jenson Button and Nico Rosberg.

McLaren Racing CEO Zak Brown said the team’s commitment to improving its sustainability was part of the reason it chose to expand into the new series.

“We are now very excited to be joining Extreme E in 2022 to accelerate our learnings, our sustainability and diversity programmes and ultimately continue to build the McLaren Racing franchise. Much like our success now in IndyCar, esports and, of course, Formula 1 being the pinnacle of our motorsports activities.”

Brown intends McLaren to have “the most exciting proposition of a racing team around the world” by competing in a broad range of championships. “Hence our entry, which we fully intend to be competitive in, going for wins and ultimately fighting for the championship.”

The team has previously looked at entering Formula E and the World Endurance Championship. Brown said those options have not been ruled out, but he did not want to pass up the opportunity to take one of the limited number of places in Extreme E.

“I believe the franchise will be sold out quickly,” he explained. “When you get into something like WEC there is no pressure to be one of ‘X’ amount of teams. So we felt with the success of the series that we didn’t have the luxury of maybe waiting another six months.

“Also the importance of sustainability and diversity to McLaren Racing and being able to accelerate that programme and demand from our partners and our desire to understand the technologies and learn from them. So it was for all those reasons that we took the decision to enter Extreme E now while we continue to evaluate these other racing opportunities.”

Brown is already connected to one of the Extreme E competitors through his United Autosports team, which competes in partnership with Andretti. However he clarified there will be no overlap between that and McLaren’s team.

“I’m a silent partner effectively in United Autosports from a day-to-day running of the team. For me personally, it’s my relaxation. It’s my golf at a race weekend, if I’m not doing my day job. So I’m 100 percent McLaren when it comes to racing activities.

“So as it relates specifically to Andretti United Extreme, I’ll continue letting them do what they do, which is running the team and having no involvement in that and have 100 percent of my focus on McLaren’s effort.”