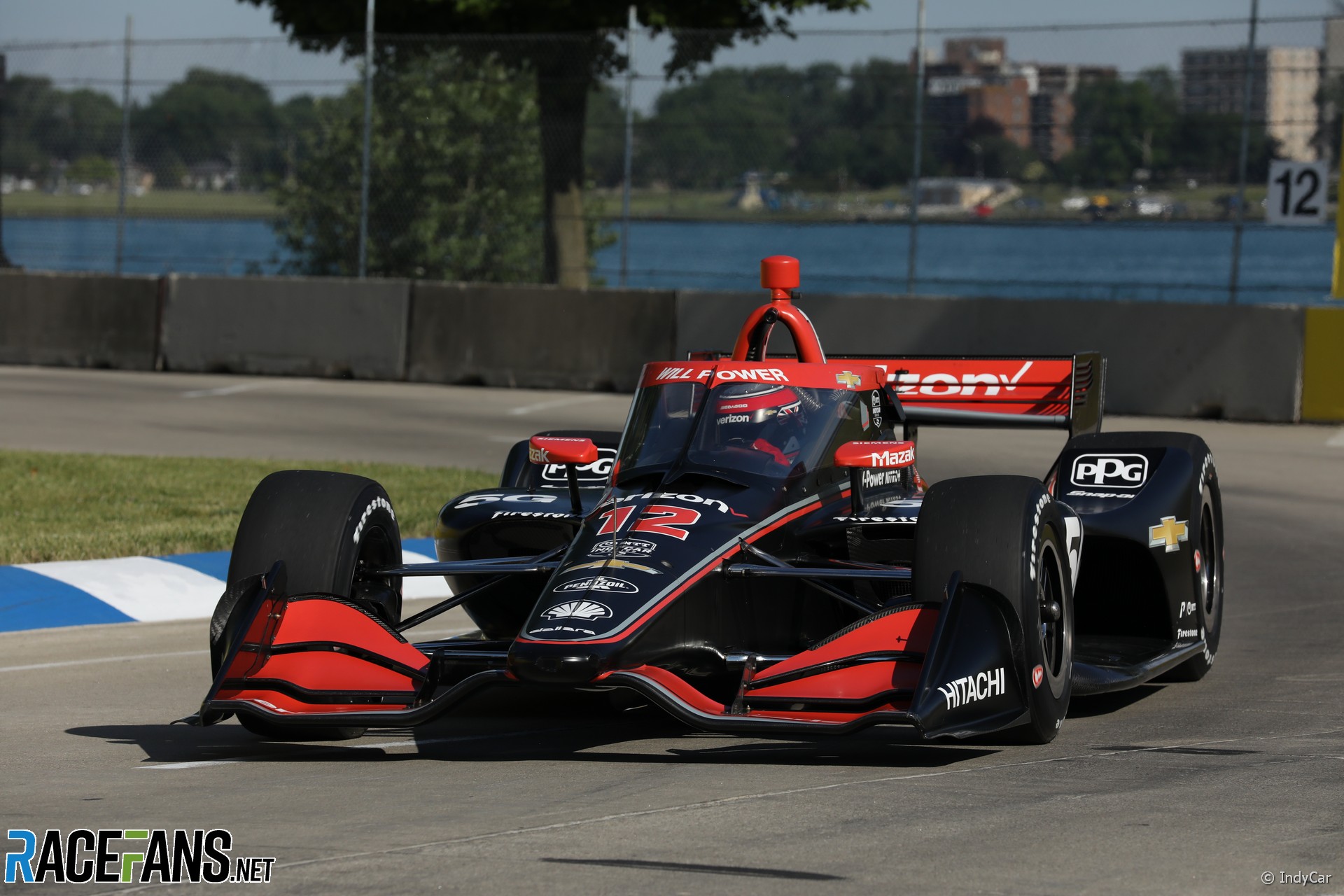 Will Power was left fuming at IndyCar race control’s decision to red flag Saturday’s first race of the Detroit Grand Prix, a decision that he adamantly believes cost him his first victory of the season when his car would not restart in a timely manner due to an engine control unit failure.

“I’m mad at IndyCar,” Power exclaimed to pit reporter Kevin Lee after the race. “Because I’m the first car in (the pits), and they wait for the last car to come before they get a fan on that car, and it roasts the ECU.”

Power was running ahead of Marcus Ericsson, and had led 37 laps – more than any other driver – when Romain Grosjean crashed at turn nine, bringing out a second caution period that quickly turned into the second red flag of the race.

Power’s car failed to fire up when the race resumed with six laps to go, and he was moved out of line as Ericsson proceeded to take his first career victory. Eventually, Power’s Team Penske crew were able to restart the car, but he had lost three laps by then, and ultimately finished in 20th.

The Australian continued to vent his frustrations on the air after the race, saying, “I worked my arse off today! To have this happen…like I’m screaming in the radio, ‘we need a fan, get a fan!'”

“They wait for everyone – these guys still got air coming in their car…you work our arse off in this sport, so much money goes into it, and it’s just…dumb decisions like that! If it’s not a yellow they throw, it’s some stupid idea like this, a red flag…!”

Never mind that a 40th career victory had eluded him, Power’s gut-wrenching defeat deprived him of a much-needed result to turn his flagging fortunes around. Just two weeks ago, Power had to endure a nail-biting last row qualifying shootout to avoid the indignity of failing to qualify for this year’s Indianapolis 500. Power would finish a lowly 30th place in the 500, after being one of a number of drivers to spin out at the entrance of pit lane due to cold brakes.

After this latest misfortune, Power has now dropped to 12th in the IndyCar standings after seven races, and hasn’t finished in the top ten since the second race in St. Petersburg, Florida. But his next opportunity is less than 24 hours away, when the second race of the Detroit Grand Prix double-header goes green at 5:50 PM EDT.