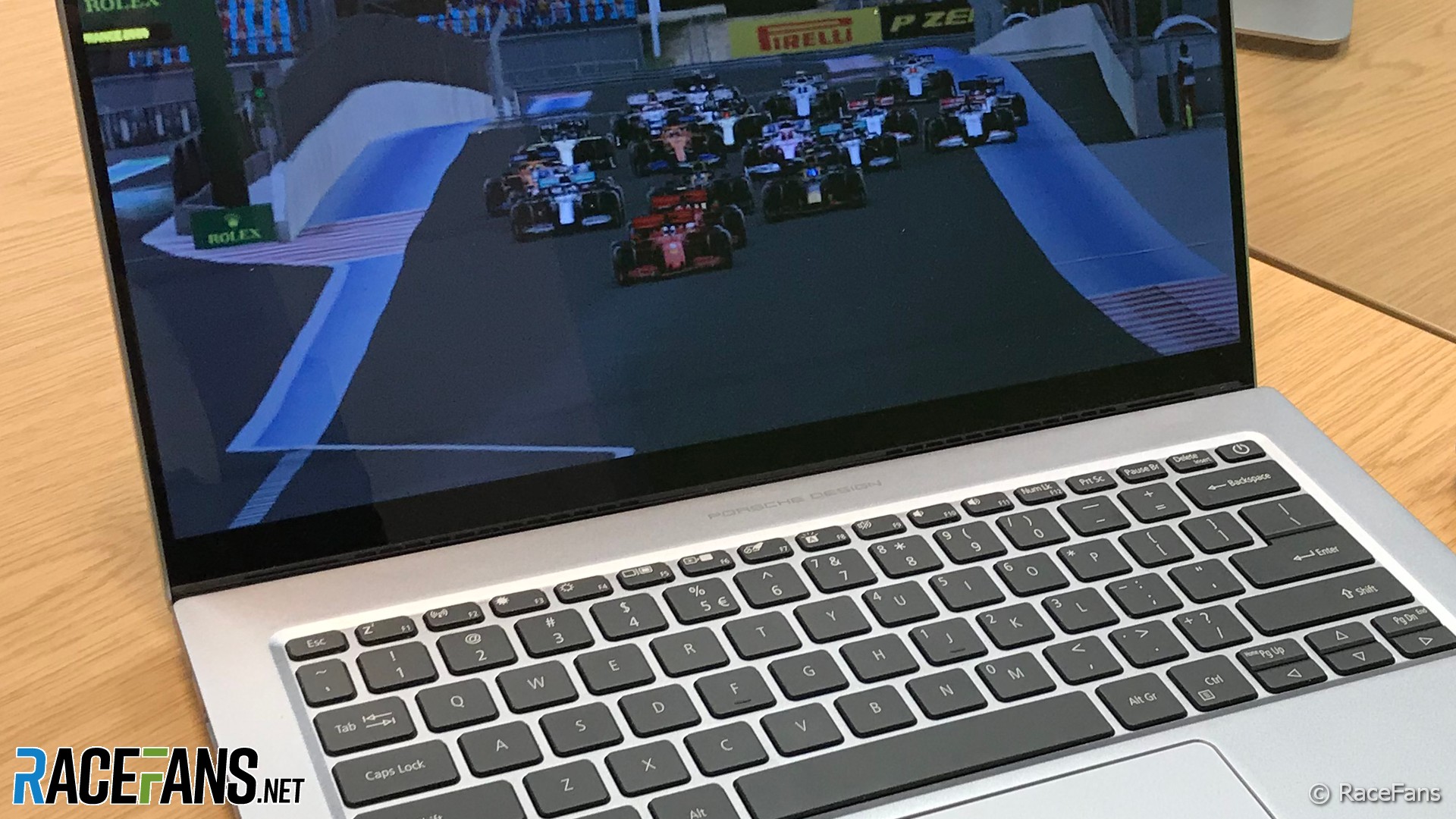 Almost as soon as the first motorised carriage began mass production over a hundred years ago, major motoring marques have been in love with the idea that they are not just selling a mode of transport – they’re selling a lifestyle.

Few have succeeded at this as well as Porsche, whose sleek styling and focus on function before form has made it one of the most popular and prestigious names in the automotive world. And with a motorsport pedigree as strong as the one the Stuttgart brand boasts, that reputation has only been enhanced on the track.

So desirable has the Porsche name become, they launched an entire luxury accessories subsidiary – Porsche Design – to allow fans to get their hands on a range of products to help live the Porsche lifestyle in all areas of their life.

From fashion, eyewear and watches to bags, pens and even carving knives, there’s no shortage of items enthusiasts can throw their money at.

So how about a Porsche laptop?

Enter IT company Acer – technology provider to Alfa Romeo’s F1 team – who have produced this rather attractive notebook that promises to encapsulate that Porsche performance in a lightweight laptop.

Over the last month, we’ve been able to get behind the ‘wheel’ of the Porsche Design Acer Book RS. We’ve tested it, we’ve produced our grands prix coverage with it and we’ve tried simracing on it.

So if the Porsche brand holds a special place in your heart, how far does this device go to give you a taste of that luxury lifestyle?

Perhaps it’s the influence that ‘unboxing’ videos have had on internet culture, but the first thing you’ll notice when you open up the Porsche Design Acer Book RS is how fancily everything is packed. Every element lies wrapped and embedded in moulded casing so that, when you open it, it feels like you’re prising open something that James Bond has been handed by his quartermaster.

As weight is critical to performance in the racing world, it’s striking just how light this laptop really is at only 1.2kg. You can pop it into the professional looking case provided for protection while you carry it around in your bag or hands and almost convince yourself that you’re Patrick Dempsey about to board a trans-Atlantic flight to the weekend’s big GT3 event.

It all looks very swish from the outside, but the effect begins to wear thin when you get to use it and you realise that the mouse is the same kind of plastic you have on your standard office mouse at work. The metal scroll wheel also fits the design well visually, but the texture could quickly cause irritation to more delicate fingers.

Under the hood, there’s an 11th generation Intel processor with 16GB of RAM and a 1TB SSD for good measure, meaning the system boots up as quick as a 911 with launch control activated. There’s plenty of horsepower for running your day-to-day activities without little trouble and it thankfully runs quietly with minimal fan noise thanks to the dual copper heat pipes.

However, watch out if you’re doing any prolonged intense gaming sessions. While the hinge design naturally lifts the vents when opened to allow better air circulation, the casing around the keyboard and fan outlets can get almost uncomfortably hot while running at maximum revs.

The battery life is pretty much as you’d expect – long enough to get some serious work done at the airport if you don’t have a charger handy, but will drain a lot quicker if you’re doing anything that demands much from the processor. There is a Thunderbolt 4 port for pit stop-worthy fast charging and that also allows for exporting to an external display at up to 8K resolution – if you’re one of the few people in the world with an 8K-ready device.

In terms of visual performance, it all looks crystal clear on its 14-inch, 1080p touchscreen. But while the image quality on the screen is decent, many will be interested in whether you can use this laptop to indulge in some simracing to help live out those motorsport fantasies in the virtual realm.

That’s where things can start to get a little bit challenging if you’re looking at a product like this as a serious gaming investment. While the NVIDIA GeForce MX350 graphics card is nothing to sniff at – we were able to play a series of games from F1 2020 and WRC9 to Rocket League and even Grand Theft Auto V – what’s on offer here won’t be enough to let you race the more graphic-intensive racing games at full settings.

Frame rates will suffer during those critical moments such as the start of a race with the field pitting under a safety car unless you make some sacrifices in the graphics quality settings. Thankfully there are plenty of ports to plug your wheel and various other accessories into,

That’s not to say it’s unviable to use this Porsche-endorsed laptop to race the make’s most famous machines around virtual circuits, but when you’re talking about this kind of price of entry, it’s hard not to think about the superior performance you can get from some of the other options out there around a similar cost point.

But comparing this device to dedicated ‘gaming’ laptops feels a little unfair when Acer do not present this as a one-stop simracing solution or for those serious about esports or enjoying the latest AAA experiences in the best possible quality.

Instead, what you have is a perfectly decent laptop for work, personal and mid-range gaming use where the premium comes from having that ‘Porsche Design’ styling. And perhaps that’s where this device is best suited, not for those wanting to buy themselves into the Porsche lifestyle, but to compliment those who are already living it.

This product isn’t for embarking on your own racing endeavours in the virtual space – it’s for sitting around the garage while it logs all your data from your real-life track day in your Cayman.

Living the Porsche lifestyle does come at a premium, it seems. But if you already have the keys to your own model in your garage and are in the market for a new laptop, chances are you won’t let the extra mark-up on this pretty but practical laptop hold you back from further emboldening your Porsche persona.