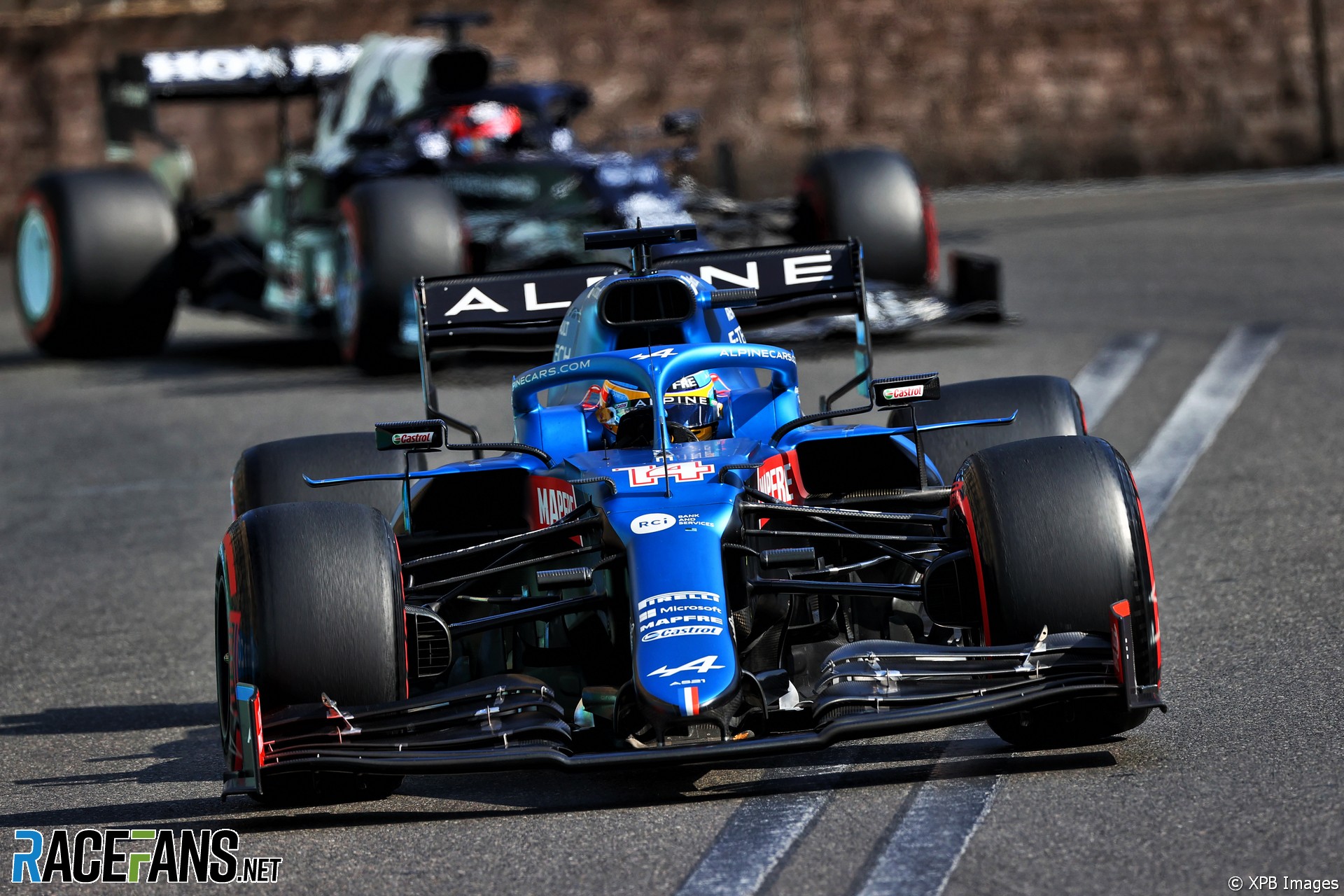 In the round-up: Alpine say understanding why their car isn’t as competitive in race trim as it is in qualifying is a key goal ahead of their home race.

Alpine executive director Marcin Budkowski says the team “have work to do to understand our race pace deficit” ahead of this weekend’s French Grand Prix.

“It’s something we’re actively investigating,” he said. “It’s clear the car is capable of good performances in qualifying, but on some circuits, we can’t seem to replicate that good pace in race conditions, and that’s something we need to get on top of to score bigger points in the championship.

“We hope that our findings so far will help us achieving a good result in France, on a full-time circuit more typical of what we normally see in Formula 1.”

Baku result the best we can expect – Steiner

Haas team principal Guenther Steiner says the team’s result in Baku is as good as it can reasonably expect at the moment.

“We know the limitations, but as we’ve always said we always try to get the best out of every situation, whatever that is,” he said.

“The whole team was happy with 13th and 14th as at the moment that’s the best we can get out of it on a good day. There’s always opportunity, you just need to be there with it arises, and that’s only achieved by working hard.”

It’s only just turned 9am and I’ve completed my third covid test of the day. #covidtravelling

Helmut Marko says it wouldn't make sense for Mercedes to leave Russell at Williams any longer.

"If I had a Mercedes or a Red Bull I wouldn't say no. I don't think many racing drivers would, but that's not going to happen."

Alguersuari says he stepped away from motorsport after a period in his life when he was 'not well' and feeling 'too much stress, resentment and hatred of Red Bull and the F1 system in general'. He fainted during the Moscow Formula E race weekend in 2015, which he called 'the definitive sign that made me realise how things weren't going well (and) I needed a change in my life.

"Novalak raced under a British License in 2020 but switched to French ahead of the 2021 campaign. Explaining the reasoning behind his decision, Novalak said he’s proud to be representing his country."

What more needs to change to prevent the tyre failures seen in recent seasons?

If it was indeed a kerb, debris or something cutting the tires then were Stroll, Verstappen and Hamilton (whose tyre they also found a cut on apparently) running a radically different line somewhere to everyone else?

If they are going to fall back on the usual ‘debris’ excuse then they need to provide proof because frankly I don’t think I trust that they aren’t just using that as an excuse to cover up how unsuitable for F1 the tires are.

It is after all the only time in the sports history the sport has had to introduce regulations (mandated minimum pressures, camber levels and a ban of swapping) and even modify the cars (with the aero changes for this year) to get around the apparent deficiencies of the tires the so called pinnacle of the sport it been supplied with.

It is indeed embarrassing that the pinnacle of the sport has had the worst tires in the sport for a decade now.
@Roger-Ayles

Happy birthday to David A, Mateuss, Vikas and Eoin Harrington!