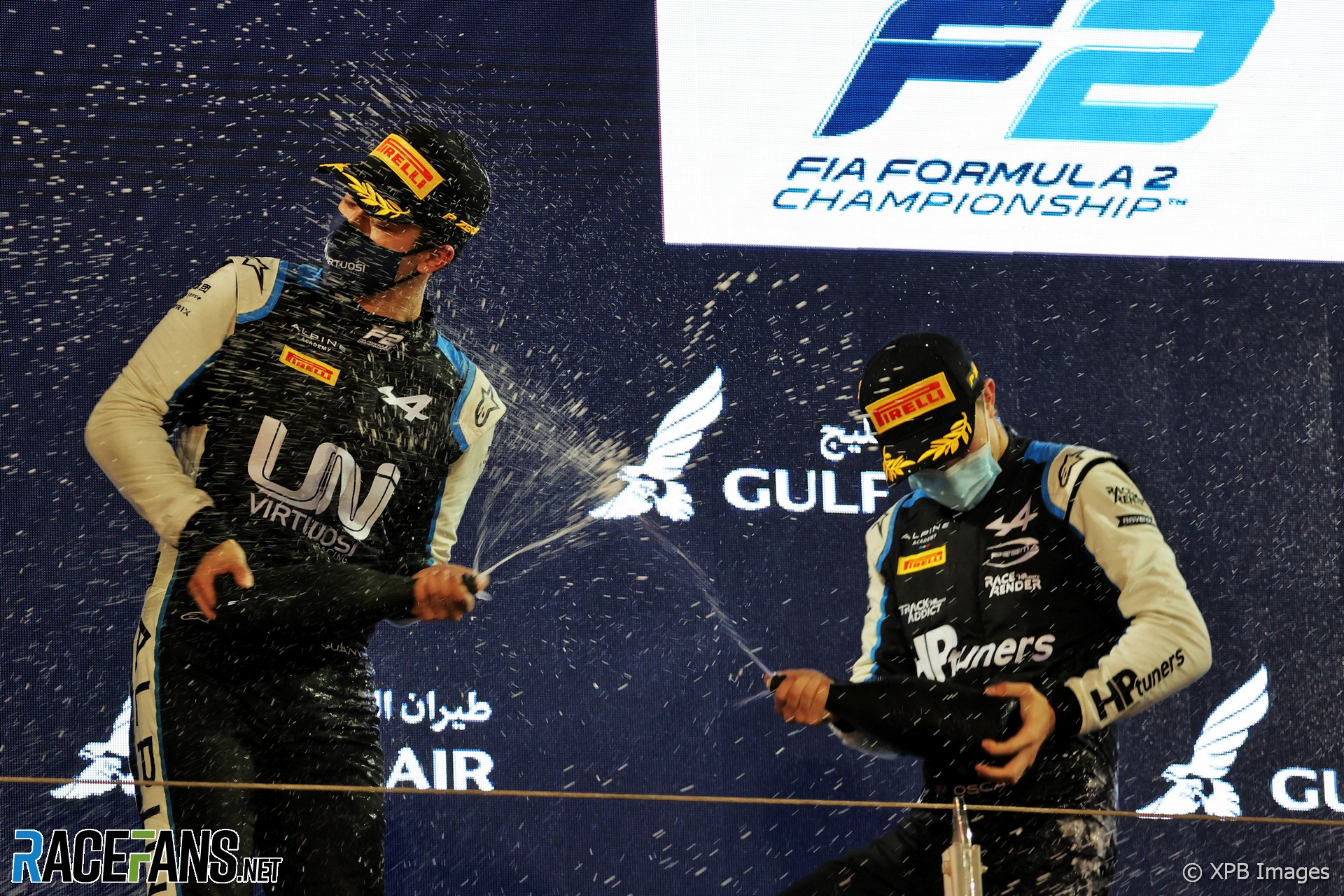 Alpine have conceded they have “too many” contracted junior drivers vying for future Formula 1 seats at the team.

The brand’s chief executive officer Laurent Rossi – whose responsibilities include the revival of Alpine’s motorsport involvement across multiple categories – told RaceFans the team’s abundance of junior talent has given it a problem to solve.

There are currently five drivers in the Alpine Academy, which was restructured at the start of 2021 to reflect the change of name and direction by the former Renault F1 team. As a result, the focus has gone beyond finding their next F1 driver – this after a five-year spell in which none of the drivers they supported actually ended up racing for Renault.

Making their case to become the first graduates of the programme to race for the Enstone-based outfit since 2012 are Formula 2 race winners Christian Lundgaard, Oscar Piastri and Guanyu Zhou.

Zhou is at the front of the Alpine queue after Jack Aitken left at the start of 2020 – expecting Fernando Alonso and Esteban Ocon to sign and rule out any chance of an F1 drive for himself – to join Williams.

Within five months Aitken made his practice session debut, something Alpine’s current juniors still haven’t done, and another five months later he raced for Williams in the Sakhir Grand Prix. ‘Right place, right time’ admittedly, but he isn’t the only one to have established a professional racing career after leaving Renault through choice or circumstance.

Of those who remain, Rossi told RaceFans “we have a lot of them knocking at the door” of graduation to F1.

“Honestly we almost have like too many of them, really. So at the moment we are looking at options for all of them, whether they continue a bit, whether they go to another team, whether they become part of our team in the capacity of reserve driver or in the medium-term as a driver. We’re looking at all these options and we have plenty, actually. So I say I’m rather fortunate here.”

Any F1 team boss would say they’re fortunate if their proteges were one-two in the F2 points, as Zhou and Piastri are after the first nine races, but such success is a double-edged sword. Especially when Alonso is already signed to Alpine for 2022 and team mate Ocon’s management is in discussions with the team over next year.

If the juniors continue their current tantalising form and finish one-two in the title race, then can Alpine have any justification for not promoting either of them in 2022? Especially in the case of Piastri, who as a rookie could emulate Charles Leclerc and George Russell in winning F1’s two main support series back-to-back after his 2019 Formula Renault Eurocup title.

But if Alpine opt for experience, they have to consider loaning out their juniors to rivals. Renault don’t supply components to any other team so there are no customer or affiliate relationships on the grid.

Reigning Asian Formula 3 champion Zhou is supported by SECA, part of a Chinese capital holdings company that owns Formula E’s DS Techeetah team. Despite winning five of the last six FE titles, SECA reportedly wants to reduce their investment. While the big story there is what could happen to Techeetah, it would make sense that SECA’s other major motorsport asset – Zhou – then gets more focus.

Financial backing from his homeland has already helped the Chinese driver and Alpine, with a private F1 test programme that Lundgaard and Piastri have felt the benefit of by joining in on many of the test days. But with Zhou coming to the end of a three-year F2 plan with Alpine, there’s nothing to stop him flouting his commercial attractiveness and on-track ability to rivals. And it sounds like that may be happening.

“The thing is, obviously with a sister team you can offload, per se, the driver there,” Rossi said to RaceFans on how this situation could develop in Alpine’s current position.

“But if the driver is good you always find a seat for him. And we have marks of interest from a couple of teams at the moment for the three drivers I mentioned already. So I wouldn’t be, I’m not too worried, to be honest.”

Those interested teams are unlikely to be further up F1’s competitive order unless they’re looking to hire a reserve or test driver rather than sign an F1 rookie, and there’s conceivable scenarios where smaller teams do sign the current Alpine juniors to race.

Alfa Romeo’s seats have split stewardship – one is decided by the owning Sauber Group and the other by engine supplier Ferrari – but that wouldn’t necessarily be an issue for Zhou as he has old links to Ferrari. He left the Ferrari Driver Academy in 2019 under the belief that F1 opportunities would be easier to access at Renault, but his doors at Ferrari aren’t closed.

While Zhou’s nationality helps his commercial position at any team, it swings the other way for Piastri as the Renault Group is struggling in his native Australia right now. Handing him seat time in this year’s Alpine A521 at his home grand prix in November would be a great PR move, but then it would only add pressure to promote him if in December he finishes the F2 season on a high.

At least the 20-year-old already knows Alpine is willing to support another two F2 seasons, and picking up a race team role with them would boost the chances of a driver already spending considerable time in the Enstone factory.

Lundgaard has pulled the short straw this year with misfortune leaving him with just three points finishes in F2. But he’s been the most exciting of this trio previously and rose up the single-seater ladder more quickly.

This is the first time he’s spent a second season in a category, and Alpine tasked him with developing his ART team as much as that outfit will be helping develop him. So far that’s not going to plan, and he’s in the final leg of a five-year plan with the Alpine Academy. It wouldn’t be a surprise if that was extended to 2022.

Rossi has two more rising stars in the FIA Formula 3 Championship, teenage rookies Victor Martins and Caio Collet, who he can bide his time over. More importantly, there’s no new names coming in.

In the Renault days Eurocup and French Formula 4 champions received automatic Academy entry. But that’s not on the cards right now and the current strategy is all signings will be at the FIA F3 level or above. For now, the problem just seems to lie with Alpine’s potential F2 champions all racing in the series at once.