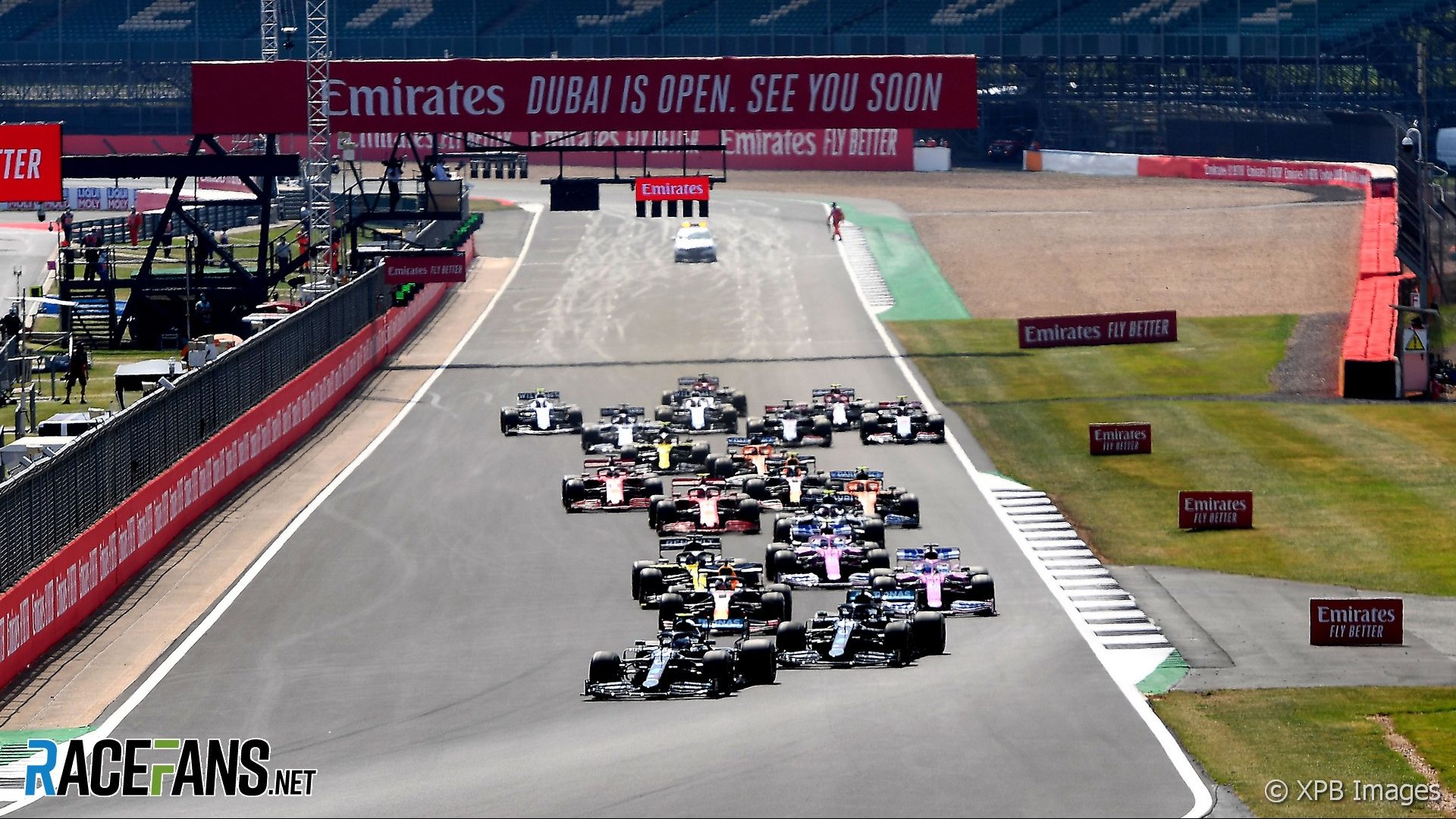 In less than a month’s time, the Formula 1 field will line up for its first ever ‘Sprint’ race, an innovation which has been hotly debated since RaceFans revealed the proposal in February.

The British Grand Prix will be the first of three events this year where the starting grid is set not by a qualifying session, but another race. Officially this will be designated as the ‘Sprint’ (F1 has previously used other terms, including ‘Sprint Qualifying’ to describe it). Extra points will also be doled out for these extra Saturday races.

Formula 1 refers to these three events as a trial of a new format which, if it is deemed successful, may be rolled out at further events next year. But there is an obvious financial case for introducing Sprint races, making it hard to imagine this year’s three races won’t be the first of many.

When Liberty Media announced its first quarter earnings last month, the approval of the Sprint race format was highlighted alongside other key financial developments such as the new Miami Grand Prix race deal and the renewal of a major sponsor contract. The new format has come into existence for economic reasons, not sporting ones.

Yesterday Formula 1’s motorsport director Ross Brawn said the sport will consider feedback from promoters and broadcasters as well as fans when considering whether to hold more Sprint races in 2022.

“Certainly we’ve had a lot of promoters say they would like to have the Sprint as part of their package going forward. And, of course, in this commercial world that’s something can be negotiated with promoters so that the teams share the benefits of a more complete weekend.

“In terms of measuring it, we have our own internal group now that measure all the various parameters and do surveys of fans, avid fans, casual fans, all the different categories of fans.

“We study the social media response. There’s a whole fleet of studies that are done in our normal racing season and we get lots of feedback on what are popular events, what are popular races, how fans are reacting to different incidents in the races and so on. They’ll be looking at this quite intensely to study what response we get and we can make a judgement.”

Brawn admitted there will be a “novelty value” to take into account for the first Sprint race at Silverstone in July. “What we’ve got to do is make sure that engagement we get from the first event, we carry on and we build on the subsequent event.

The support of the teams will also be necessary if Sprint races are to continue, as the regulations will have to be approved for 2022. “Next year we will need completely new agreements,” Brawn confirmed. “There’s nothing in place at all for next year and it will have to go through the same governance procedure that happened this year.”

In order to secure the teams’ support for the trial this year, Formula 1 agreed to pay compensation for damage incurred in Sprint races. Brawn hopes teams will be happy to continue with the format next year without it.

“Of course there’s the commercial aspect to this,” he says. “The teams want to see where the commercial benefits come from this initiative. And this year Formula 1 has helped this move along because we think it’s important.

“Obviously, in the future, we want it to stand on its own two feet and I think with some certainty as early as possible for next year, we can find commercial benefits, sponsors, partners who want to be involved in the Sprint.”

It’s also clear that assessing the success of Sprint races does not mean deciding the format is suitable for every round of the world championship. “We don’t see it as a format that will be at every race,” Brawn explained. “We think it will be a more suitable format for some of the events, some of the races.

“It helps broadcasters, because they have content on all three days, really solid content. It helps promoters because they’ve got more exciting events going on both on Friday and Saturday. So there’s lots of wins in this.

“What we don’t know is how the dynamic of a race weekend will play out. The first event’s Silverstone, then we’re doing Monza. I think as the teams get into it, it will change because once they’ve had the experience of Silverstone no doubt they’ll change their the way they operate for Monza.” The third Sprint race will likely take place at the Circuit of the Americas or Interlagos.

Assuming the trial is deemed a success, the 2022 F1 season could feature twice as many Sprint races, says Brawn.

“We can see a scenario where maybe there’s half-a-dozen events next year where this is part of the format. It could even extend from there.

“Who knows what would be the ideal number? I think that’s something we’ve got to discuss and debate when we get a feeling for how it works and how successful it is.”

Formula 1 has high hopes for the Sprint qualifying format but the feedback from our readers has so far been much less positive. But the scheme is clearly aimed at attracting new fans, ideally without deterring those already watching. In less than a month we’ll start to discover if F1 has pulled that off.

30 comments on “How will Formula 1 decide if ‘Sprint’ races are a success? Ross Brawn explains”