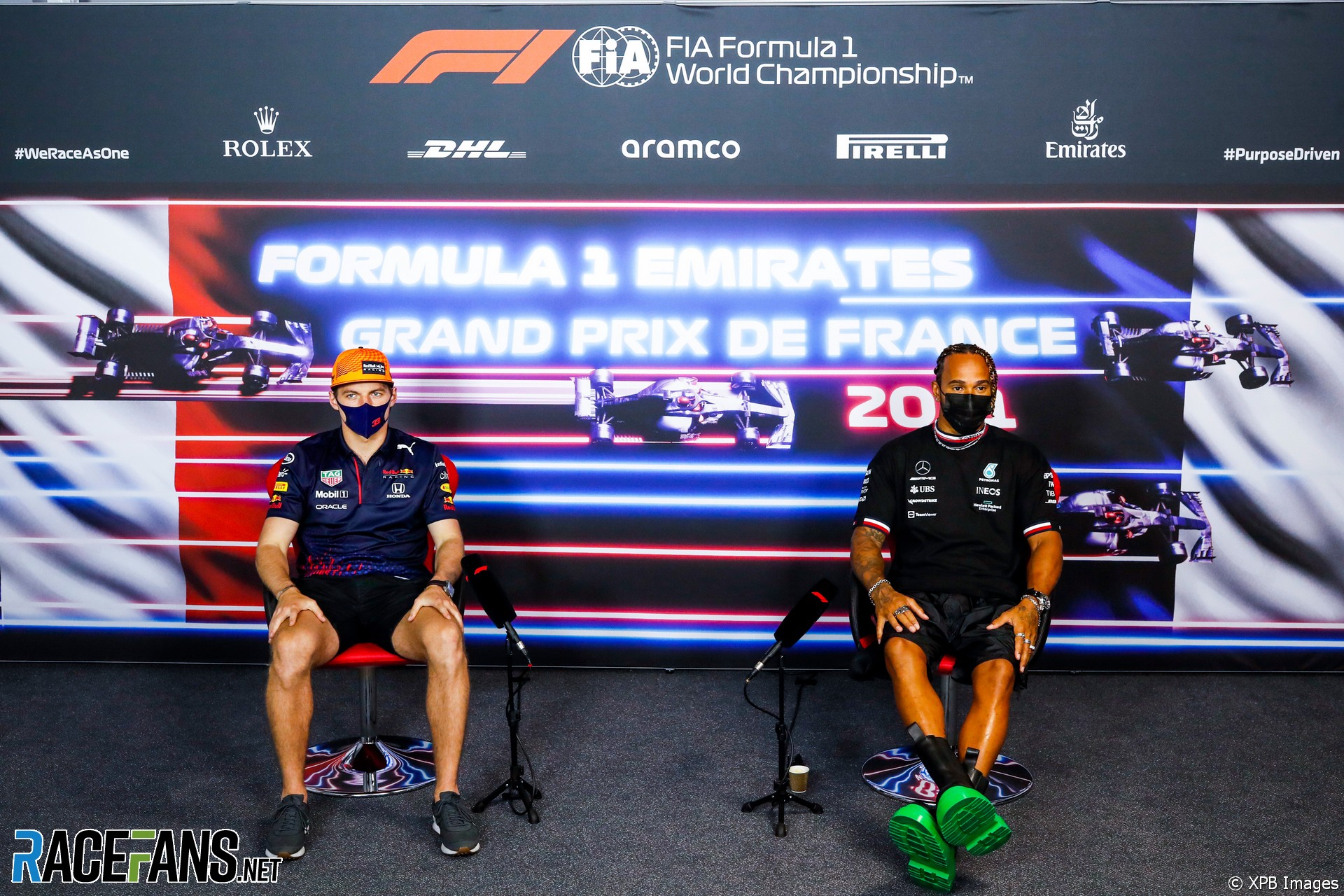 In the round-up: Lewis Hamilton says he’s fortunate to still be in championship contention following his poor results in Baku and Monaco.

Having struggled to seventh in Monaco, Hamilton left Baku City Circuit with nothing having been close to snatching victory at the restart on the penultimate lap.

“It does show you how quick it can swing and that’s why every point counts,” he said yesterday. “Fortunately, with two terrible races for us, we ended up being still very, very close in points. And so the race is still very much on.”

Max Verstappen experienced a similar extreme swing in fortune, having led comfortably until suffering a tyre failure which put him out.

“It can swing very quickly,” he said. “It’s still a super-long season, so many races to go.

“You always want to try and have the best possible result, which I thought I was going to get in Baku. But then again, it shows you that things can change very quickly.”

Alfa Romeo engineer Luca Furbatto has been hired by Aston Martin as its new engineering director. He will take up the role in time for the 2022 F1 season.

Furbatto began working in F1 in 1997, for Tyrrell. He later joined McLaren and was project leader on their 2011 MP4-26 car. He subsequently became chief designer for Toro Rosso, Manor and finally the Sauber team, where he has held a key role since their 2017 restructuring.

“The recruitment of Luca Furbatto adds an exceptionally talented engineer to our technical team,” said Aston Martin’s chief technical officer Andrew Green. “He brings a vast amount of experience with him built up from more than two decades in the sport spent at several leading Formula 1 teams.”

Furbatto is one of roughly 250 appointments that Aston Martin intend to make in the near future, at a time when larger teams are restructuring staff to adhere to the budget cap.

Roberts “did a great job in a difficult time” – Latifi

Nicholas Latifi expressed sympathy for Williams’ outgoing team principal Simon Roberts, who oversaw its transfer from the founding Williams family to Dorilton, who bought it last year and installed Jost Capito as CEO.

“Jost has been put in charge of the team and entrusted to the team to lead it back to the back to the top,” said Latifi. “He’s been with the team now over 100 days and he’s made observations, just being immersed in the team environment at the factory, at the racetrack.

“This decision was was taken to help streamline a lot of processes, bring more efficient processes, more clear chain of command and things like that. So it’s a decision that was taken, obviously.

“I’m sorry for Simon. I’ve enjoyed working with him since he took over the team principal role in the middle of last year, I think he did a great job in what was a very, very difficult time for the team as well. Obviously, with the transition, it was not easy. But it’s a decision that was taken from the top and yeah, I guess that’s it.”

Despite Paul Ricard’s generous run-off Daniel Ricciardo isn’t concerned about problems with track limit enforcement this weekend. The McLaren driver was penalised for exceeding them at the end of the last race at this track in 2019.

“My one in the [last] race, probably the last lap of the race. I knew once I’d committed I was over the track limit, the white line.

“So because it was the last lap, I thought, okay, I’m not going to back out now. But I did know once I’d gone over, I was too far. So I think it was obvious to me at the time.

“I think it’s pretty clear here where where we will be off-track,” Ricciardo added. “On one lap it’s not too bad. Most corners, I think we’ll stay in, but I think maybe turn six might be one [area], the long right-hander before then the left onto the straight. But otherwise I think it’s more just a racing situation if you get squeezed or whatever.

“Hopefully not too many of these occurrences this weekend. I know as drivers it’s a bit of a nuisance and obviously for everyone watching at home, so hopefully we keep it controlled.”

After losing his Jenzer drive after just one round of this year’s Formula 3 season, Pierre-Louis Chovet has been given another opportunity with Campos this weekend, standing in for Laszlo Toth.

Formula 3 and Campos confirmed yesterday that Toth had tested positive for Covid-19 and would be isolating as per local protocols, with no other members of the team affected. Chovet will drive his car for all three races this weekend at Paul Ricard.

Making my @IndyCar debut this weekend in the @ArrowMcLarenSP! Standing in for @FRosenqvist while he recovers from his crash last week. Big challenge to go straight into a race having never driven an Indycar before but I couldn’t say no to the opportunity 🤩 Get well soon Felix 🙏🏻

Formula 1: Carlos Sainz opens up about his dream job at Ferrari (BBC)

"'If you want to test your qualifying speed against anyone, it is against Charles Leclerc,' Sainz says. 'I think he is the best qualifier on the grid. He is one of the greatest if not the greatest talent in Formula 1 now, and I am actually getting to learn now why he is performing at such a high level.'"

"Slotted behind the car’s halo and set deep within its tub, F1 drivers have more than two dozen buttons, knobs, rotary dials, menus, displays, and LEDs to interact with on the steering wheel. Again, this is all while trying to keep each other behind their respective rear wings and out of the championship points."

"When I first started working in motorsport in 2009, I didn’t know anyone who was part of the LGBTQ+ community, but in the space of 12 years, I think quite a lot has changed."

With Sprint races announced at Silverstone and Monza, DB-C90 makes the point that these will showcase them to some of the biggest audiences F1 achieves across a season:

My concern is the fact that they’ve chosen two of the most popular race weekends to test this out.

It pretty much a forgone conclusion that everyone will watch just because the races are at those tracks, so it’s likely that the “fan engagement” metrics will be through the roof.

I’m hoping that the third race chosen will be at one of the unpopular venues like Abu Dhabi so they can assess whether a sprint race at an unpopular venue will make any difference to fan engagement.
@DB-C90