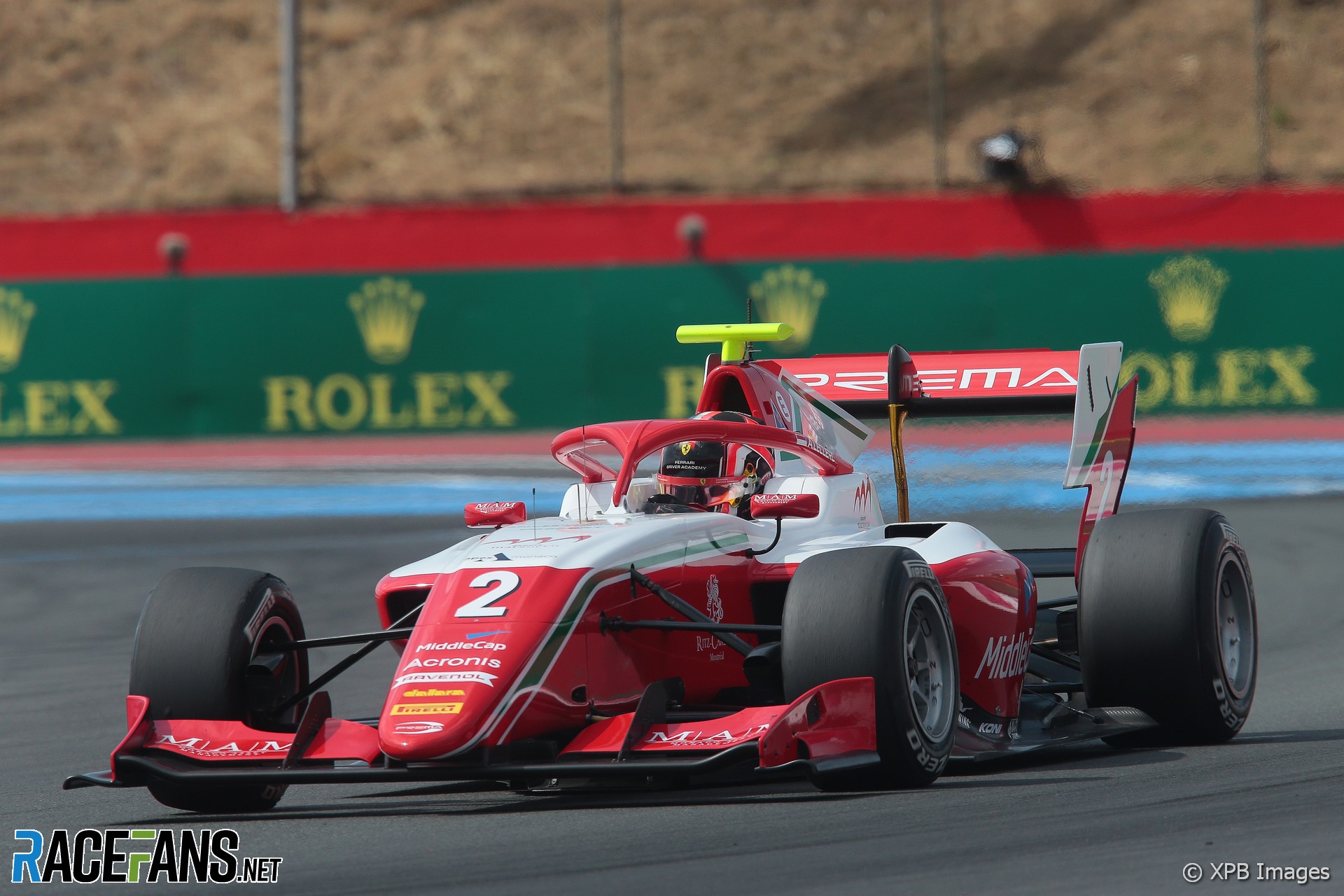 The Prema driver secured the leading place on the grid by battling from 30th to 12th during the morning’s 20-lap race. He was joined on the front row by Red Bull junior Jak Crawford, with Leclerc’s Prema team mates Olli Caldwell and Dennis Hauger immediately behind them.

Crawford stalled at the start, and was fortunate not to be hit as all bar one of the remaining 28 cars got going. Caio Collet also stalled, and unlike Crawford was unable to get going again.

While the Prema trio pulled away Victor Martins, who started 11th, passed Logan Sargeant on the opening lap for 10th. Another series of improvements saw the home racer, who was narrowly denied victory in the morning race, climb to sixth by the end of lap two.

The only collision of the race was between HWA’s Rafael Villagomez and Carlin Buzz Racing’s Ido Cohen, Villagomez being pushed off the track. Cohen said on the radio afterwards that he had finger pain after the hit. His grief was exacerbated when the stewards handed him a 10-second penalty for causing the incident.

Martins was able to make the move for his second podium of the day, passing Caldwell on lap 19 to take third from his 11th-placed start. On the same lap, he set fastest lap with a 1’52.419 to take another two points.

The untroubled Leclerc took the chequered flag, followed by Hauger in a Prema one-two finish. With Martins closing out the podium, the other points finishers were Caldwell, Jack Doohan, Clement Novalak, Alex Smolyar, Calan Williams, Ayumu Iwasa and Frederik Vesti.

Hauger and Martins both scored 12 points in the race, meaning they both continue to run on equal numbers at the start of the championship, on 48 points apiece. Vesti will start on pole for race three tomorrow.