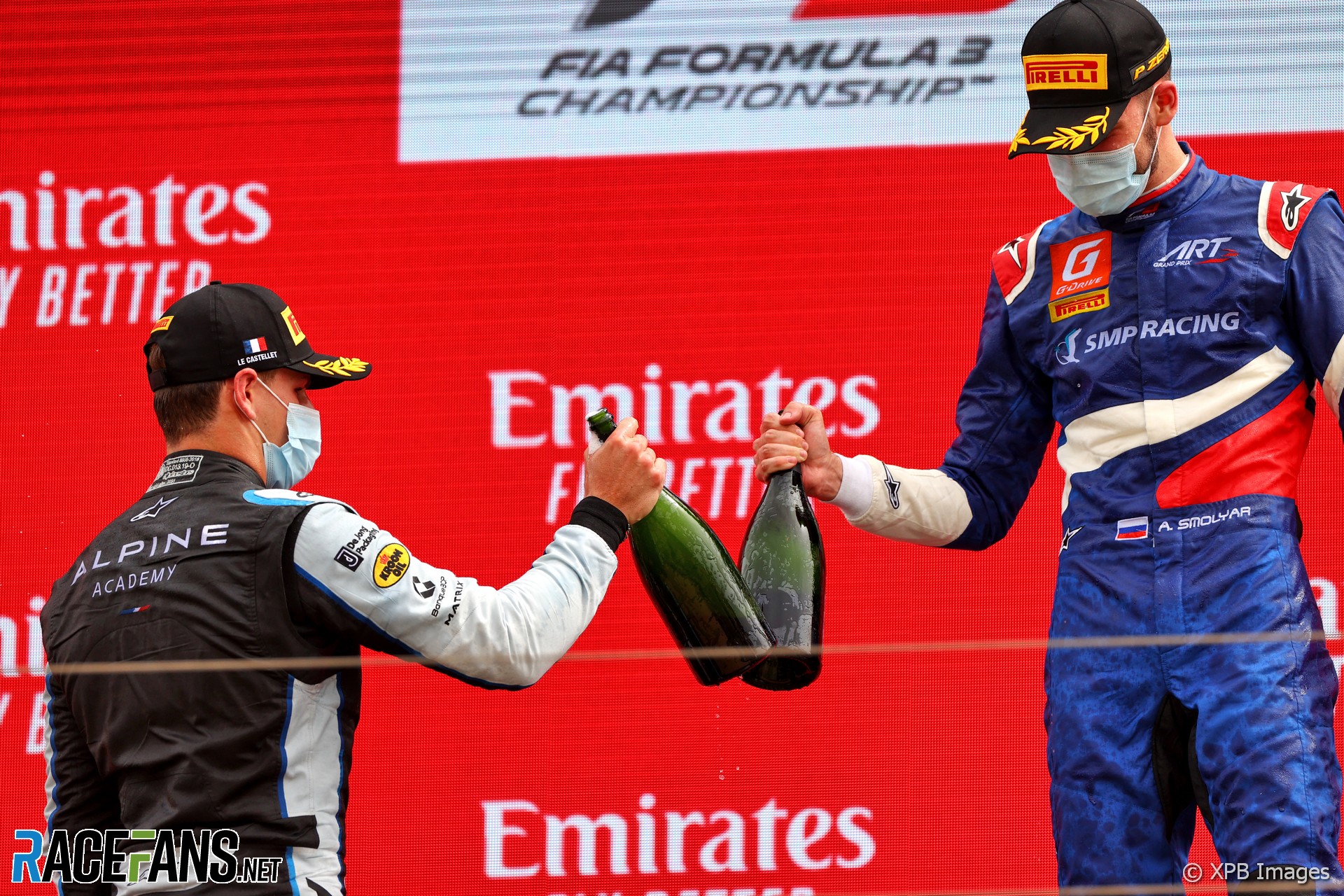 Alexander Smolyar has taken his second win of the Formula 3 season in a hotly contested opening race at Paul Ricard.

Calan Williams started from pole position on the partially-reversed grid. David Schumacher lined up next to him on the front row with Logan Sargeant and Juan Manuel Correa behind.

The start was bad for Schumacher, who slipped back, allowing Sargeant to take second. Ayumu Iwasa, who started fifth, passed Correa for third.

The racing was briefly neutralised by a Virtual Safety Car period after Jonathan Hoggard’s F1 debut came to an end when his car stopped on lap one. Schumacher lost more places at the restart, slipping to seventh, letting sixth-Smolyar and Clement Novalak through as he fell down the order.

At the front, Sargeant was able to put Williams under pressure, with Iwasa close behind them. By lap six, Iwasa was close to passing Sargeant in the final sector, where following cars have the advantage of a slipstream.

Sargeant answered Iwasa by passing Williams for the lead at the start of lap seven. Iwasa then repeated the move he’d attempted on Sargeant, following him through to second. Their battle continued, Iwasa taking the lead from Sargeant on lap 10 with a move around the outside through Signes.

Meanwhile, Smolyar and Victor Martins, who had started the race 10th, had moved up the pack. His lead lost, Sargeant fell to fifth behind Martins, while Smolyar was able to take second place by lap 16.

Iwasa held the lead but was placed under investigation during lap 17 for his earlier move for the lead against Sargeant. He was issued a five-second time penalty for putting all four wheels over the line to complete the move, taking himself out of contention.

By the time the penalty came through, Iwasa had also been passed by Smolyar and Martins. Martins continued his charge, taking first place after Smolyar’s error into turn six left him vulnerable at the end of lap 18.

Martins looked certain to open his home race weekend with a victory until Smolyar got within DRS range on the Mistral straight on the final lap. He passed with ease, well ahead by the time they reached the braking zone for the chicane.

Arthur Leclerc, who had been prevented from competing in qualifying following a mechanical failure on his Prema car, rose from 30th on the grid to finish 12th, earning pole for today’s second race.