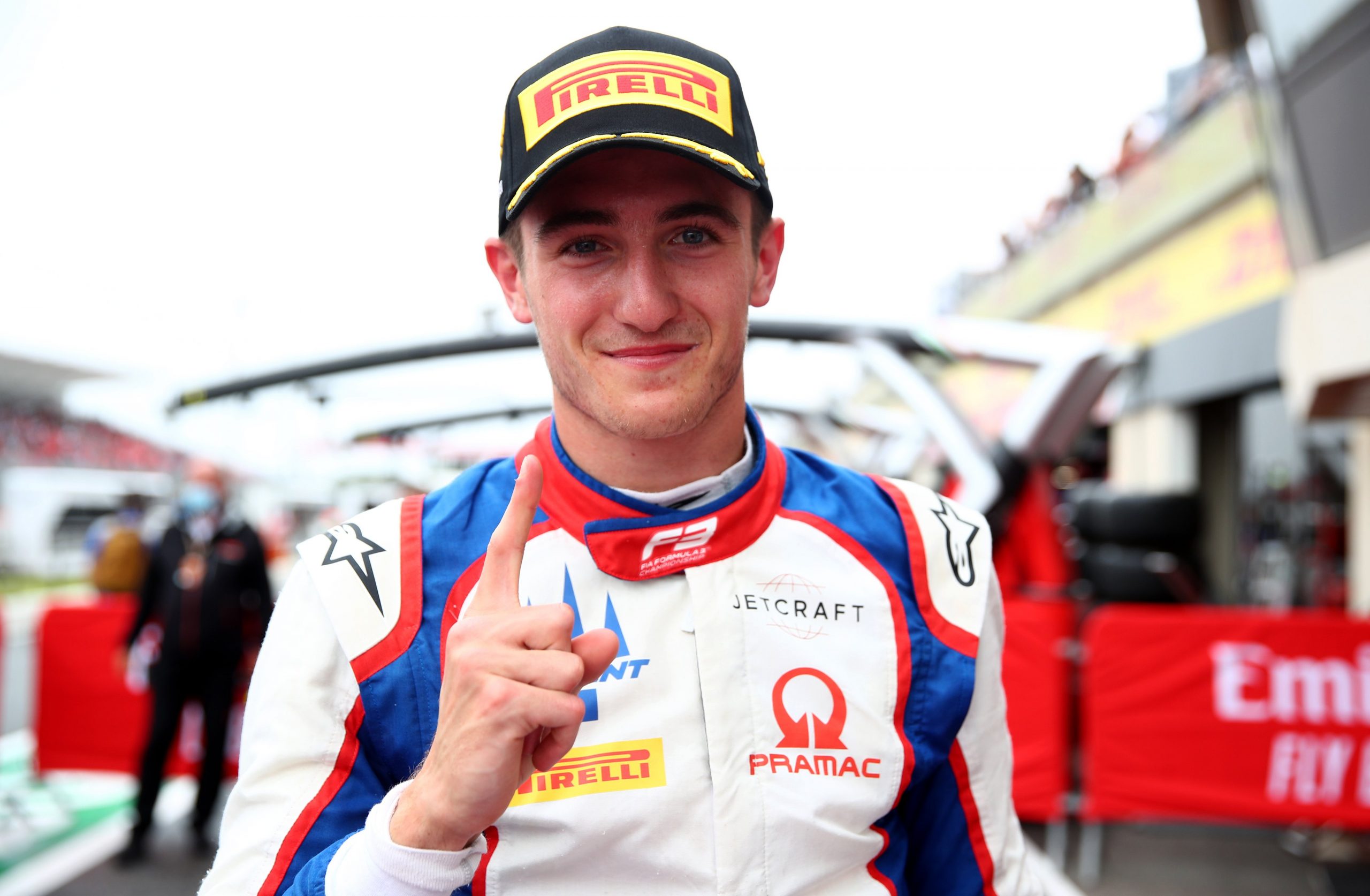 Jack Doohan has taken his first Formula 3 win from fourth on the grid after pole winner Frederik Vesti made costly errors in a rain-hit race at Paul Ricard.

Vesti had taken pole in Friday’s qualifying session, with Dennis Hauger lining up next to him on the front row. Victor Martins, who had come from outside the points to podium finishes in both of the Saturday races was in third and Doohan fourth.

Vesti lost out from the start, with Hauger taking the lead off the line and Clement Novalak coming from sixth place on the grid to take third place on the first lap. However, he was unable to defend from Martins who fairly easily dispatched him to reclaim the place.

There was a brief Virtual Safety Car period following contact between Olli Caldwell and Caio Collet but Hauger maintained his lead from Vesti on the restart.

In the late stages of the 20 lap race, Doohan seemed to come into his own. He first challenged Vesti for second on lap 14 and then by the final lap was in a dramatic fight with Hauger that saw him arrive at the chequered flag just ahead, Hauger demoted to second.

Martins was denied a third podium of the weekend by Collet, who after a torrid first two races passed his fellow Alpine academy driver to claim the final podium step.

Dennis Hauger leads the championship after the second round, on 66 points to Victor Martins’ second place 60. Formula 3 will next race at the Red Bull Ring during the Austrian Grand Prix.