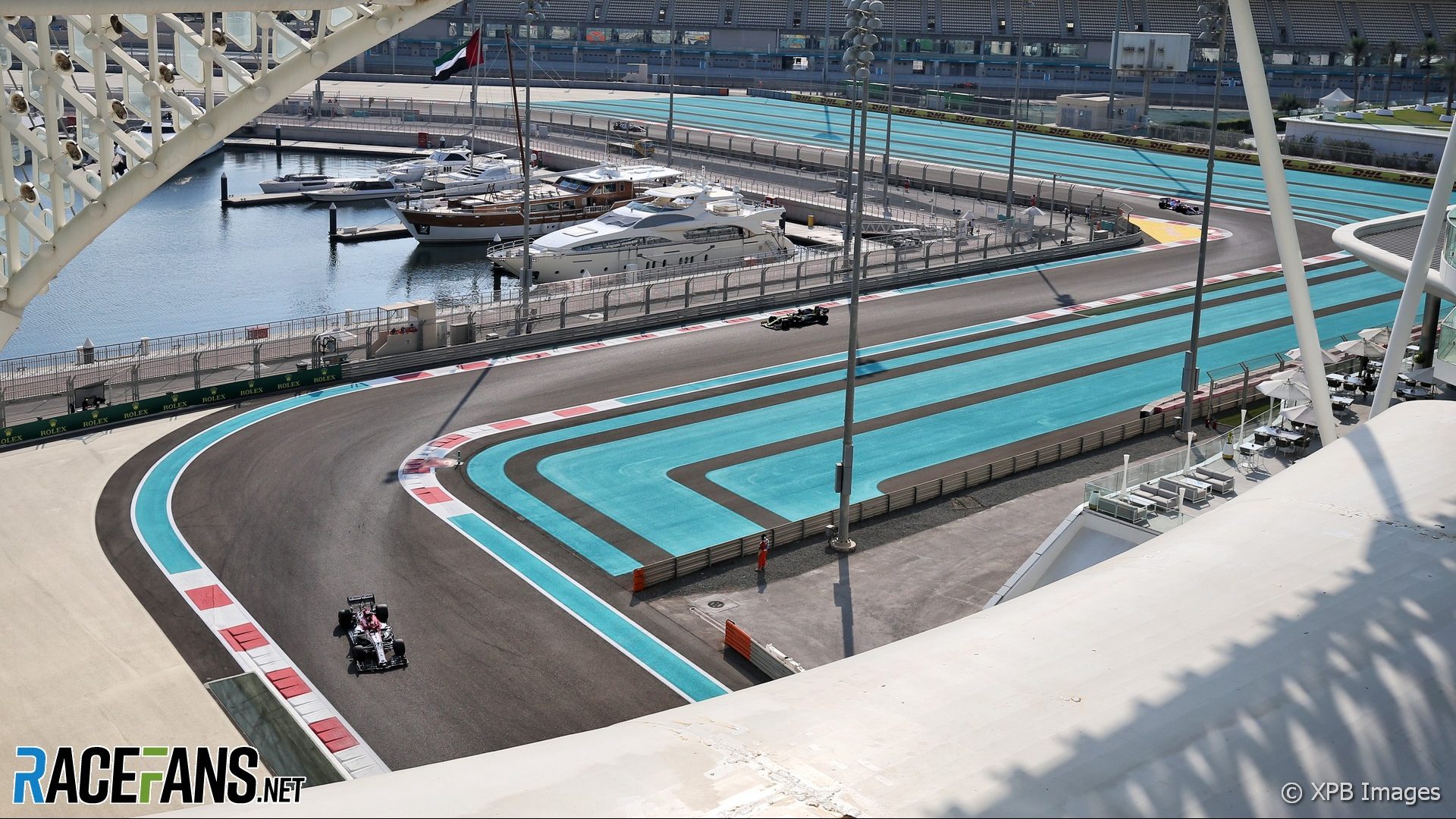 Yas Marina, the home of Formula 1’s season finales since 2014, will have a new look for this year’s race.

Since it opened in 2009, the track been renowned for producing processional races. In our index of race ratings by RaceFans readers, its average score is just 5.91 out of 10, ranking 27th out of the 32 different circuits used since 2008.

During that time the track has decided the outcome of the world championship on three occasions, all of which were season finales. Even these events underlined the sheer difficulty of passing around the 5.5-kilometre track.

Fernando Alonso watched the 2010 title get away from him as he tried in vain to pass Vitaly Petrov’s Renault. Six years later Lewis Hamilton backed up Nico Rosberg and the cars behind in the hope someone would pass his team mate and make him champion. It never happened.

As RaceFans revealed yesterday, two areas of the 5.5-kilometre circuit will be extensively overhauled ahead of the last round of the championship on December 12th. A clear focus of the change is creating overtaking opportunities.

Another section of the track will also be reconfigured more subtly. A series of corners which pass beneath the dramatic Yas Viceroy hotel will also be reworked, increasing the tempo at a section of track which punishes the tyres.

But will the revisions add up to a more exciting race in just under five months’ time?

The chicane immediately before the turn seven hairpin was always one of the strangest features of the original, 21-turn Yas Marina course. There was some good thinking behind it – lowering the approach speed to the hairpin meant a smaller run-off area could be used, allowing the fans to sit closer.

But there’s little benefit in moving the fans closer if the don’t get to see much action. Slow chicanes tend to arrange cars single-file and inhibit overtaking moves. Removing it is a sensible step, even if it means the new hairpin needs to be moved away from the stands to create more run-off space.

The preceding four corners are unchanged, so F1 will drivers will have a flat-out run from turn one to the new hairpin, where passes may be possible. They may at least force a leading driver to defend, and carry the benefit of a superior exit onto the following straight for another crack at passing. It’s hard to see how this isn’t going to be a change for the better.

Perhaps the most surprising change is the dramatic corner which will replace the current turns 11, 12, 13 and 14. The left-hander, which is slightly banked and opens out at its exit, will likely be one of the fastest corners on the track.

Its addition will completely change the character of the middle part of the lap. The current sequence of bends is slow, tight and unspectacular. The new bend is anything but.

Drivers will approach the new corner at significant speed. There isn’t a corner much like it on the track at present, and with the banking it’s going to put added strain on the tyres. Pirelli has currently specified its softest compounds for the Yas Marina race but the addition of this corner, along with the rising speeds elsewhere in the lap, may mean they need to rethink that.

Cars will come out of the new corner at higher speeds than from the existing turn 14, meaning they arrive in the third sector going quicker than before. Here they will find further, less dramatic changes.

A signature feature of the Yas Marina circuit is the section of track which passes beneath the on-site hotel. It’s an impressive piece of architecture, but the same can’t be said for the track itself at this point, which is decidedly pedestrian.

The tempo will rise this year as several corners are being opened up here to increase the cornering speeds. Turns 17, 18, 19 and 20 will all be eased, increasing the speeds at this part of the track as well.

With so many corners occuring so close together, this area of track is unlikely to become an overtaking opportunity. But as with the previous change, the quickening of the circuit is going to have an effect on how teams set up their cars and particularly how they use their tyres.

The final sector has always been especially punishing on the rubber. This sends tyre temperatures soaring, making it harder for drivers to follow closely. Quicker corners means less severe braking and fewer low-speed ‘traction events’, easing the strain on the rubber. That should help drivers reduce overheating and stay closer to their rivals.

With its peerless facilities and spectacular setting, Yas Marina has always offered a sumptuous visual spectacle to conclude the F1 season. The racing has, however, usually come up short.

We’re a long way from knowing whether Hamilton, Max Verstappen and anyone else will arrive at the final round still disputing the destiny of this year’s silverware. But whatever shape the title fight is in by then, these changes mean the circuit should offer a more satisfying contest. If nothing else, it will add another variable to a championship conclusion which now features three heavily revised or entirely new circuits.