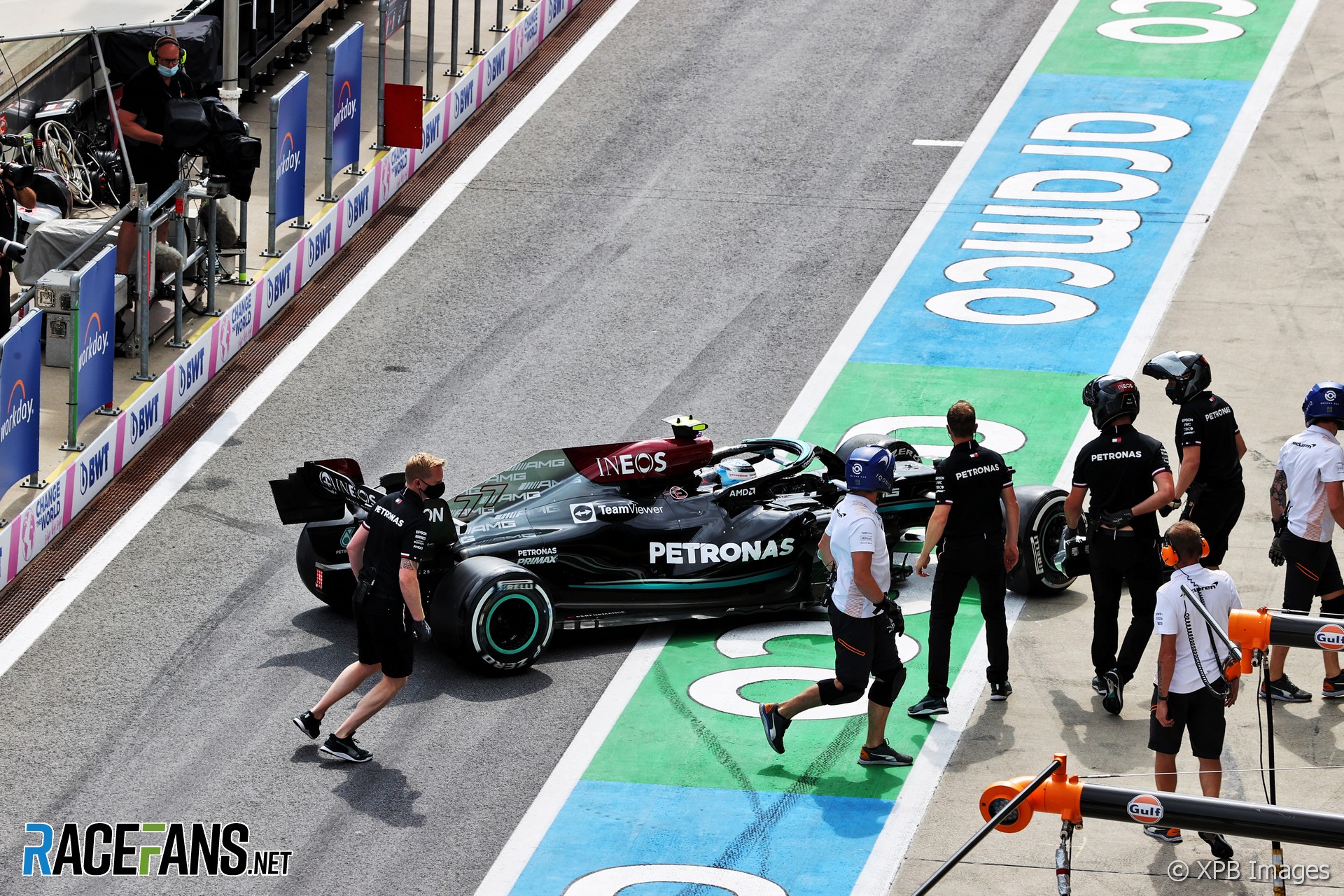 Mercedes team principal Toto Wolff ridiculed complaints made in response to Valtteri Bottas’s spin in the pit lane, which earned the driver a grid penalty.

“Michael that’s absolutely ridiculous,” said James, “he could have taken our guys out there, and the pit wall.”

Bottas’ three-place grid penalty means he will start tomorrow’s Styrian Grand Prix from fifth on the grid instead of second. Wolff said he felt the penalty was excessive, and criticised those who complained about the spin.

“It’s highly entertaining how quickly some sporting directors jump on the channel to Masi and come with Armageddon scenarios,” said Wolff. “It’s good that these channels are now opened up so we can all have a laugh.”

The stewards ruled Bottas caused a “potentially dangerous” incident with his spin, which occured as he tried to pull away from his pit box in second gear instead of first. Wolff conceded there was a safety risk, but said the stewards should have taken Bottas’ good record into account.

“On the flip side of the thing, Valtteri spun in the pit lane and could have hurt somebody. And whether this is walking speed like it happened yesterday, it still can hurt somebody severely. And I understand the penalty, too.

“I find it harsh, particularly against someone like Valtteri who’s never putting a foot wrong. He was very honest and straightforward with his explanation. Any others would have come out and would have said ‘I don’t know what happened, the banner on the floor, the sponsorship on the floor was slippy and you really need to change the way you paint because I had no idea what could happen…’ He came out and said ‘I tried to optimise my starts and I lost it’.

“So we should have a little bit more integrity, like Valtteri has, around the paddock. Including some of the ones that push the button very quickly and moan about everybody else and whinge.”