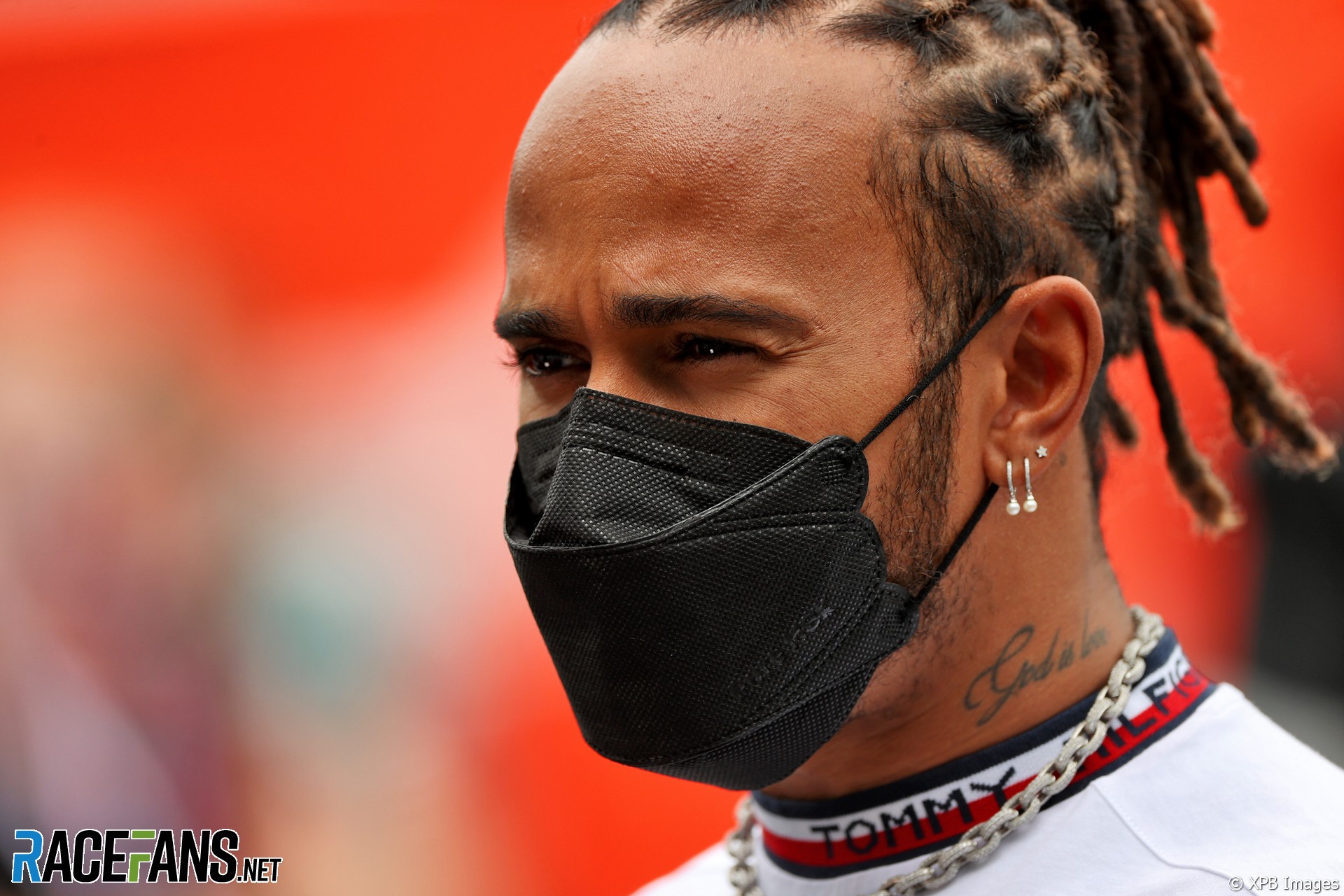 Lewis Hamilton has admitted he was aware Mercedes had an upgrade planned for its 2021 car, despite having previously indicated they did not.

After finishing second to Max Verstappen in the Styrian Grand Prix four days ago, Hamilton said “we need an upgrade of some sort” to close the gaps to their rivals.

“We would love an upgrade, but I don’t think it’s in the pipeline at the moment,” he added.

However earlier this week Mercedes’ chief technical officer James Allison confirmed it does have new parts coming for its W12.

“I knew that we had that upgrade coming,” Hamilton admitted in today’s FIA press conference at the Red Bull Ring.

“At the end of the day everyone is working absolutely flat-out. We’re learning more and more about this car.

“We’re discovering more things – where we need to push more and extract more and I have all the confidence in the team that we will do over the course of time.”

Mercedes experimented at least weekend’s race with what they called a “wacky” set-up direction, which came about from work Hamilton did in the team’s driver-in-the-loop simulator. He has often admitted he doesn’t relish tackling simulator work and said he still wasn’t “necessarily enjoying it” at the moment.

“But particularly after those few difficult races we had I went in to try and see if there’s any way I can try and help the team be better prepared.

“I think there’s been a couple of good things from it but not life-changing and so I’ll continue to work with it. We’ve got drivers in there who do a lot of work, just working on the processes of how we communicate with them on their programme so we’re getting the right things tested. So I think overall it’s been positive.”

Despite having fallen 18 points behind Verstappen, Hamilton says he isn’t becoming concerned about the championship situation.

“We’re all pushing as hard as we can. Of course we’d love to have more pace at the moment to be able to really challenge not only within qualifying but the race.

“Obviously they’re continuing to take steps forward. But I can’t get tied up and get into that negative bubble of worrying. All I can do right now is put all that energy into making sure I’m best prepared, helping the engineers be better prepared, lots of great conversations.

“This is the time when we just come together and unite and work as hard as we can to rectify whatever issues we have. That’s what we do, that’s why we’re world champions and I have confidence in the team that we can do that.”