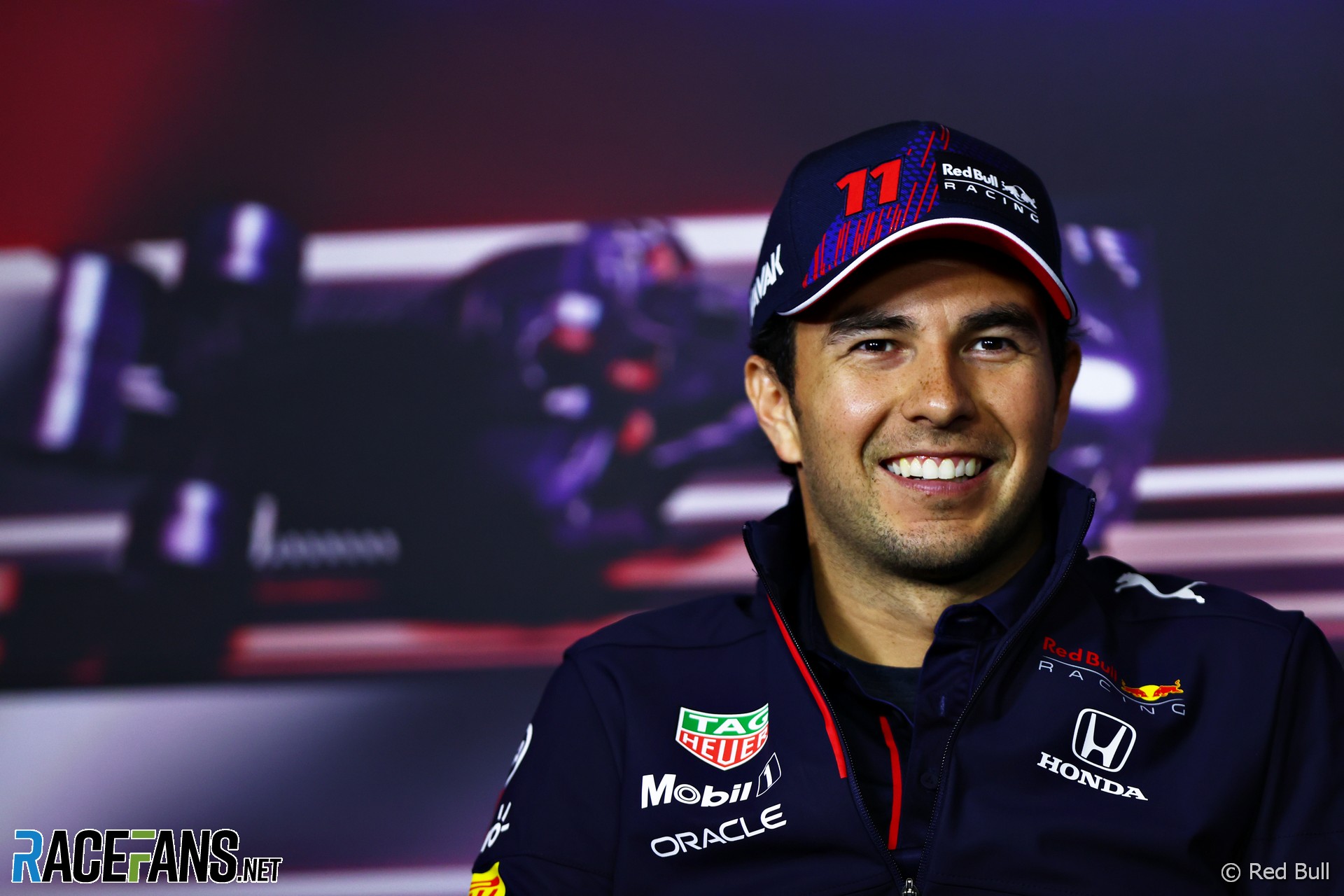 Sergio Perez says his move to Red Bull proved more challenging than he expected because of the “extreme” differences between the team and his previous outfit.

After losing his seat at Racing Point – now Aston Martin – at the end of last season, Perez moved to the significantly larger Red Bull operation.

“I found it harder than expected, the change of team,” he admitted. “The fact that I came to such a different team in terms of driving a unique car and it was a big change so it took me longer than expected to get up to speed.”

Perez scored his first win for the team in the Azerbaijan Grand Prix last month and has had one other podium finish in the French Grand Prix. “Obviously I hope for more than now but still the season is very long,” he said.

He lies third in the championship, 60 points behind Max Verstappen. But Perez said he isn’t concerned about comparisons with his team mate at this stage.

“We all know in this business how good Max is,” he said “He delivers at a very high level [from] FP1.”

“I’m more focused on my side on trying to get fully comfortable with things, fully up to speed with just driving the car. It was just a very different world to what I was used to.

“I think the fact that I moved teams, probably [there are] teams out that are similar to others, but I went to another extreme. So I think that made it a bit harder.

“But I’m getting there. I think every single weekend we see good improvement and I see no reason why I cannot get any better in the next five races, for example, to do another step. So I’m happy with my progression so far and with my level that I’m delivering at but obviously it’s not enough and I want more than that.”

Having made his Formula 1 debut with Sauber in 2011, Perez will start the 200th Formula 1 race of his career this weekend.

“You tend to forget how long you’ve been here and how many races, how many moments, how much of a life in the sport,” he said of the milestone. “It’s such a big part of my life.

“I remember when I did 100 and it felt like a big, big number. They come so fast. It’s unbelievable to look back and realise the amount of races I’ve done. But the best part of it is I’m still young, I still enjoy it as much as my first one.

“I’m fully motivated and I wouldn’t say I want to do another 200 but I definitely want to carry on and keep doing hopefully another 100 more to my count.”