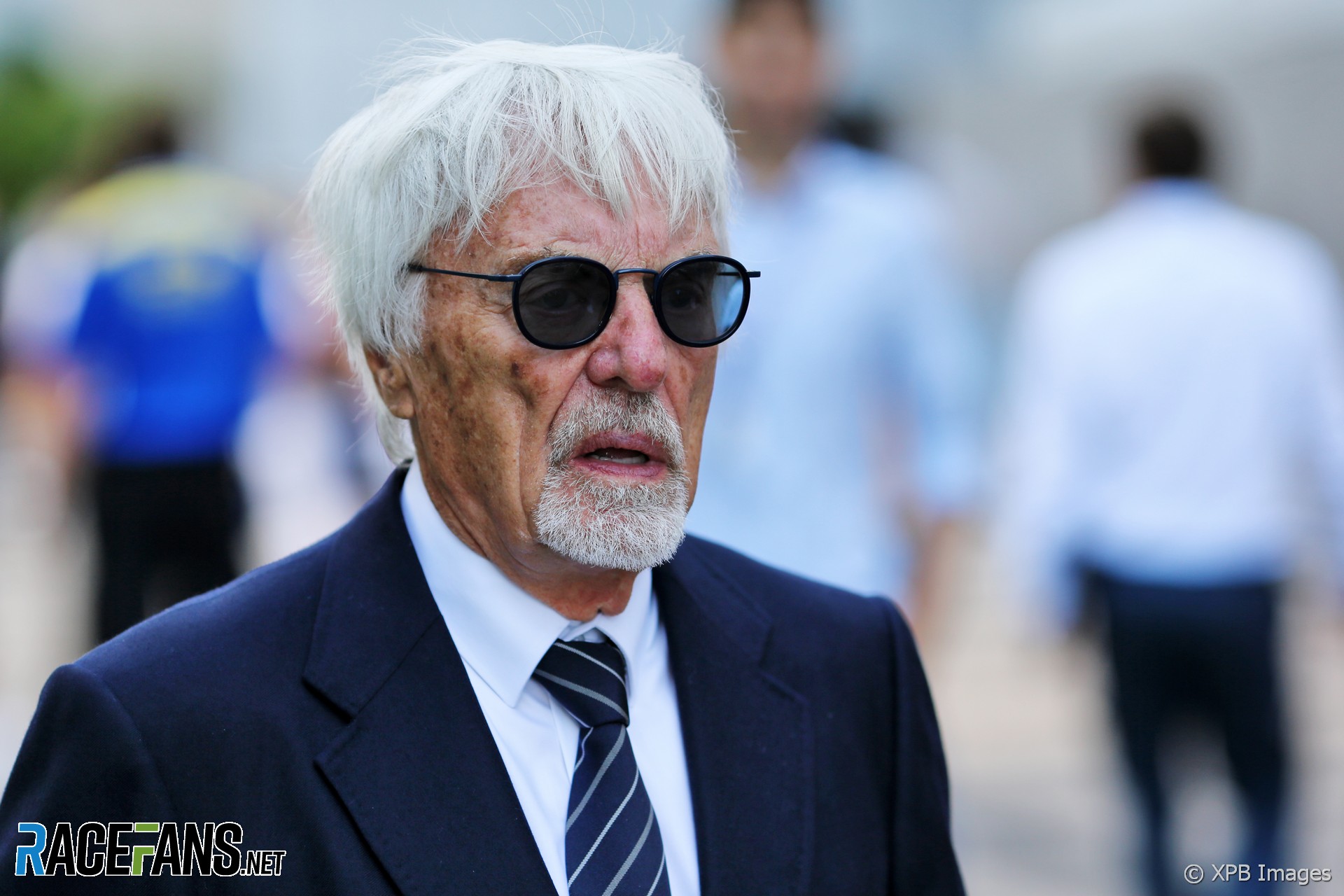 In the round-up: The producer and writer of ‘Senna’ has created a documentary series about the life of Bernie Ecclestone, called ‘Lucky!’

The series will use archive Formula 1 footage, as well as interviews and is made in partnership with Ecclestone himself.

“Bernie has been able to reflect, not just on his days as one of the greatest sporting impresarios of all time, but also on his life,” Pandey said, describing the series. “In his 90 years, he has travelled the world and met everyone who is anyone, yet he remains incredibly personable and immensely funny.

“It is a joy to tell his extraordinary story, in full, for the first time.”

Indianapolis Grand Prix winner Rinus VeeKay will be back at the wheel of an IndyCar this weekend after missing the Road America round due to injury. The Carpenter driver fell from fifth to sixth in the championship due to his absence, during which time Oliver Askew took his place.

McLaren has announced it will work with four partners in order to further the causes of diversity broadly in society and motorsport and specifically within its organisation.

The four organisations working with McLaren are Women’s Engineering Society (WES), EqualEngineers, The Smallpeice Trust and Creative Access. McLaren will provide membership and mentoring opportunities to both its staff and engineering students looking to further their careers. McLaren have committed to sponsoring events for three events for WES, EqualEngineers and the Smallpeice Trust and will contribute to the Arkwright Engineering Scholarship scheme for A-Level students and to the Creative Access Career Development Bursary.

The team will also work with the groups in a reciprocal way to improve its own diversity, from looking at policies with Creative Access to training on providing more inclusive spaces.

To achieve the certification, teams have to show an ongoing and continuously improving commitment to sustainability, from an executive level and with annually reported outcomes.

Peer out of Dr Helmut Marko’s office in Graz and across the rooftops of his hotels and there’s an @F1 car mounted against the cliffs of the Schlossberg – @redbullracing of course… pic.twitter.com/CTrvo1iaEe

Thanks to #F1 for trusting me. I’ve watched and admired the job Alex has done the last few years so will do my best to step up to the plate! pic.twitter.com/hNaHHZBi9z

I could use your help – I’m writing a book on the Formula Ford Festival to come out September 2022. If you’ve got memories (driver, spectator, official etc), race reports, footage and programmes – I’d love to hear from you

"When I was young, there wasn’t really anyone from China who was doing this, and certainly, no one who had reached Formula 1. That meant that I was always going in blind to a certain extent, in regards to my next steps."

Beitske Visser: 'It's a pity that we always have to demonstrate our ability to race' (Females in Motorsport)

"'We have to prove that we’re just as good as men are,' Visser says. 'It's a pity that we always have to demonstrate our ability to race. If we do well, then they often say that it’s just luck.'"

Being LGBTQ+ in Racing: 'It’s a Very Old Mentality to Think Sponsors Wouldn’t Support You' (The Drive)

"'If you go against the grain and say ‘oh, but actually I am gay,’ I think it's a very old-fashioned and outdated mentality to think that the sponsors and partners won’t support you.'"

"The competitors I race with started at a very young age since they were four or five, and age does make a difference. However, it’s never too late. It’s all about talent and testing. Nowadays, if you have the money to go and practice as many times as you can, you can sometimes be even better than them. "

In response to Stefano Domenicali saying that numbers about manufacturers’ commitments to electric cars are “not real,” putting paid to the idea of fully electric F1 in the near future, JohnH says that regardless of what the F1 boss thinks, change is happening rapidly.

Okay Volkswagen are stopping all sales of internal combustion engines in Europe by 2035, Honda have said they will fully electric in the US by 2040. GM has just announced they are going full electric by 2035.

Ford is moving a bit slower saying they expect their global fleet to be 40% electric by 2030. Toyota will stay with hybrids for a while yet.

Renault have just signed a deal with a Chinese battery company to build a factory in France. Nissan are building a new battery plant in the UK shortly.

The push from the public via governments should not be taken lightly and must be taken into account as attitudes are changing and with them the laws regarding pollution. The ball is in F1’s court, let’s see what they do with it.
@johnrkh