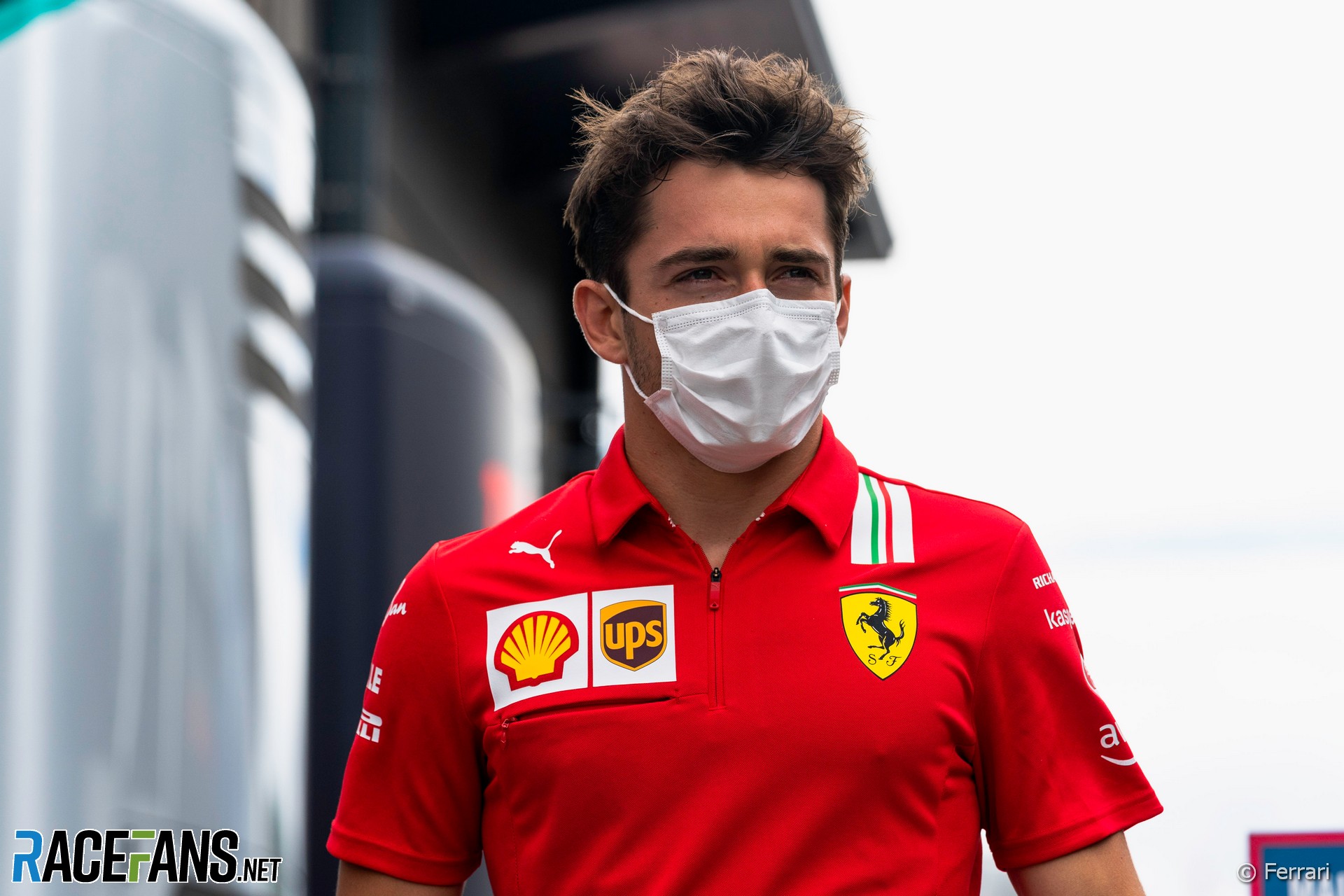 Charles Leclerc has become one of the first Formula 1 drivers to sample his team’s planned car for next year’s radically changed technical regulations.

Some teams have already produced early simulator models of their new cars for the 2022 F1 season, while others continue to prioritise development of their current cars in the simulator.

Ferrari’s 2022 machine “is only numbers and predictions” for now, said Leclerc, but he’s already provided feedback on it in the team’s high-spec, bespoke simulator.

“For now, it’s very early days for us to actually say something,” he explained. “The only thing we can do is to try and work in the best way possible with Carlos [Sainz Jnr] to try and explain what are the weaknesses of this year’s car, try to understand why we have those weaknesses and try to not reproduce those mistakes for next year’s car. Even though the project is completely different.

“So I would say on the simulator we’ve got quite a big input and we can help a lot, and also with this year’s feedback to try and help the team to work in the right direction and for them to know exactly what we need to go quick.”

F1 originally intended to introduce its sweeping new technical regulations this year, but delayed it to 2022 as a cost-saving measure after the pandemic broke out. Next year’s car will feature simpler aerodynamics on their upper surfaces, but more powerful downforce-generating floors, which. This is intended to allow cars to follow each other more closely while sacrificing little of current performance levels.

Leclerc says Ferrari’s early 2022 model “feels very different” in the simulator and it is hard to tell what kind of progress they are making with such unfamiliar regulations.

“I think it’s a question mark for everyone, whether we are developing well or not. As I was saying, it’s such a different project. It’s very, very early days. So nobody knows where we are positioning ourselves compared to the others. But we are working on it.”

Other teams are at different stages in their development programmes. Daniel Ricciardo said his focus at McLaren is “still very much 2021”. Williams’ George Russell said his influence on 2022 car development remains limited at this stage in the season.

“The team is still really trying to understand the direction we need to go in,” Russell said. “We’ve already started the simulator work, but it’s such early days, just building those foundations.

“I guess from the driving perspective, you’re just constantly giving feedback from this year’s car, what you would want from next year’s car. But it’s a completely different ballgame next year.

“It’s probably one of the biggest changes ever in the Formula 1 regs. And right now I guess it’s the same for all the teams, trying to find their feet, understanding where they can exploit and find more performance. But nobody knows until we hit that track – the first test next year – nobody’s going to have any idea.”