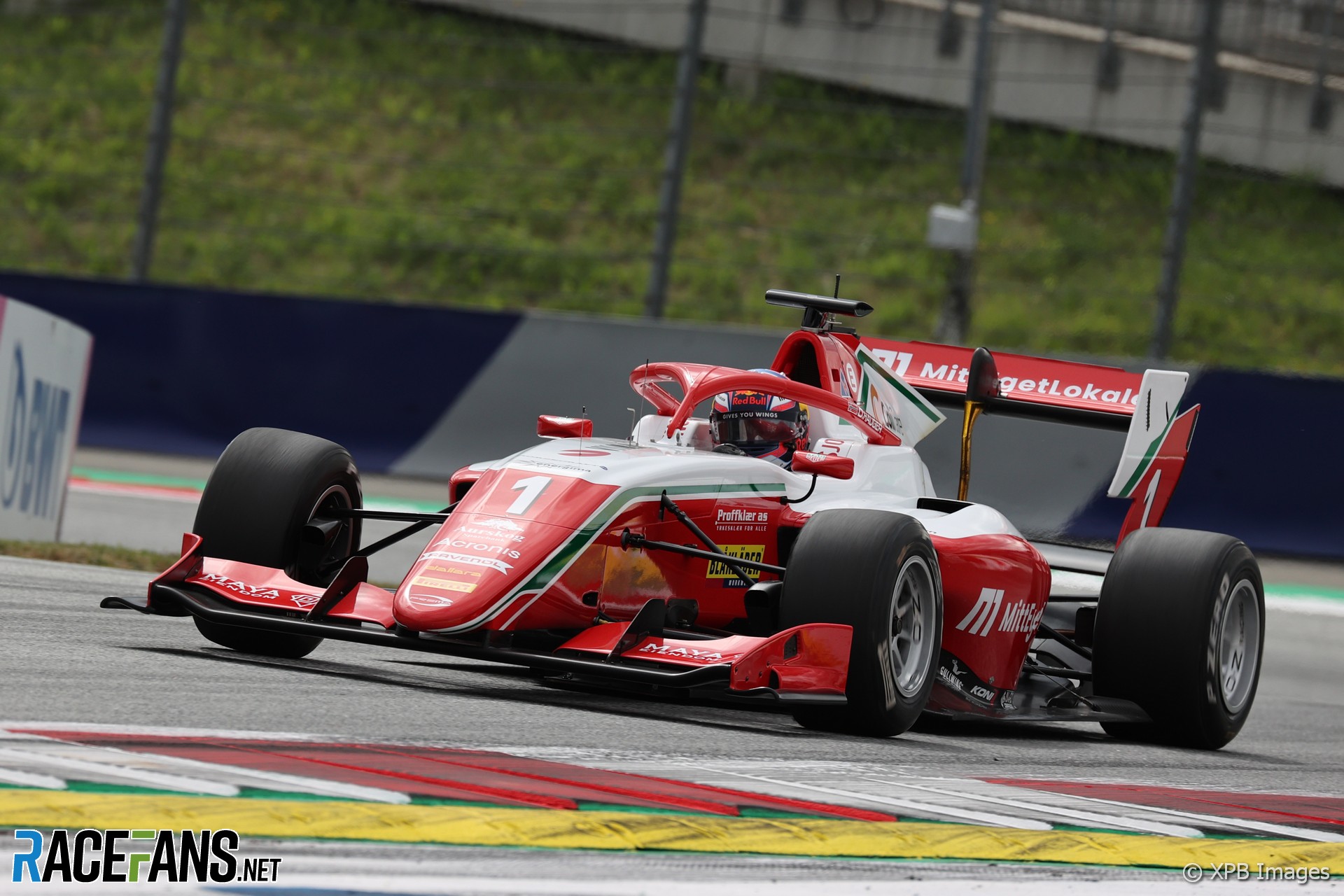 Dennis Hauger extended his FIA Formula 3 Championship lead with victory in a thrilling opening race of the weekend at the Red Bull Ring.

Logan Sargeant and Matteo Nannini lined up on the front row of the reserved grid race, with Victor Martins and Arthur Leclerc immediately behind them and Hauger down in 12th as a result of topping qualifying.

The slipstream effect to turns three and five was particularly strong and prevented anyone from pulling away until tyre degradation came into play in the final few laps.

Nannini grabbed the lead from Sargeant at the opening corner of the race, while Clement Novalak and Olli Caldwell jumped from seventh and fifth to start a four-car battle for the lead that soon grew to include the top eight cars.

After a brief virtual safety car period to retrieve the stranded car of Ido Cohen, Sargeant came back at Nannini on lap nine of 24 and claimed the lead on the run to turn five. However, next time by he was shuffled down to third in a three-way move at turn three with Nannini and Novalak, who then passed Nannini for the lead the lap after that.

That trio of cars traded the lead almost every lap through the second half of the race until a deep run into turn three with five laps to go compromised Nannini and gave Novalak a bit of breathing room up front. That meant it took two laps, rather than one, for the Italian to return to the rear of the leader’s gearbox and he went for the lead around the outside of turn five with two laps to go.

Novalak left him no room and the pair collided, but it wasn’t Sargeant picking up the spoils as his tyres had started to go off. Instead it was Hauger who came through to inherit the lead and he had enough of an advantage in hand over team mate Olli Caldwell to lead a Prema one-two.

Sargeant completed the podium in third for Charouz, while Victor Martins finished fourth after being sat at the back of the lead group for much of the race. Red Bull juniors Jak Crawford and Ayumu Iwasa charged up the order to finish fifth and ninth, with Caio Collet, Jack Doohan and Nannini between them.

The third Red Bull junior Jonny Edgar finished 12th, and as a result starts on pole for the second reserved grid race later on Saturday.

Frederik Vesti finished just behind him despite stalling at the start, while Arthur Leclerc joined Novalak and Cohen in the list of retirees.