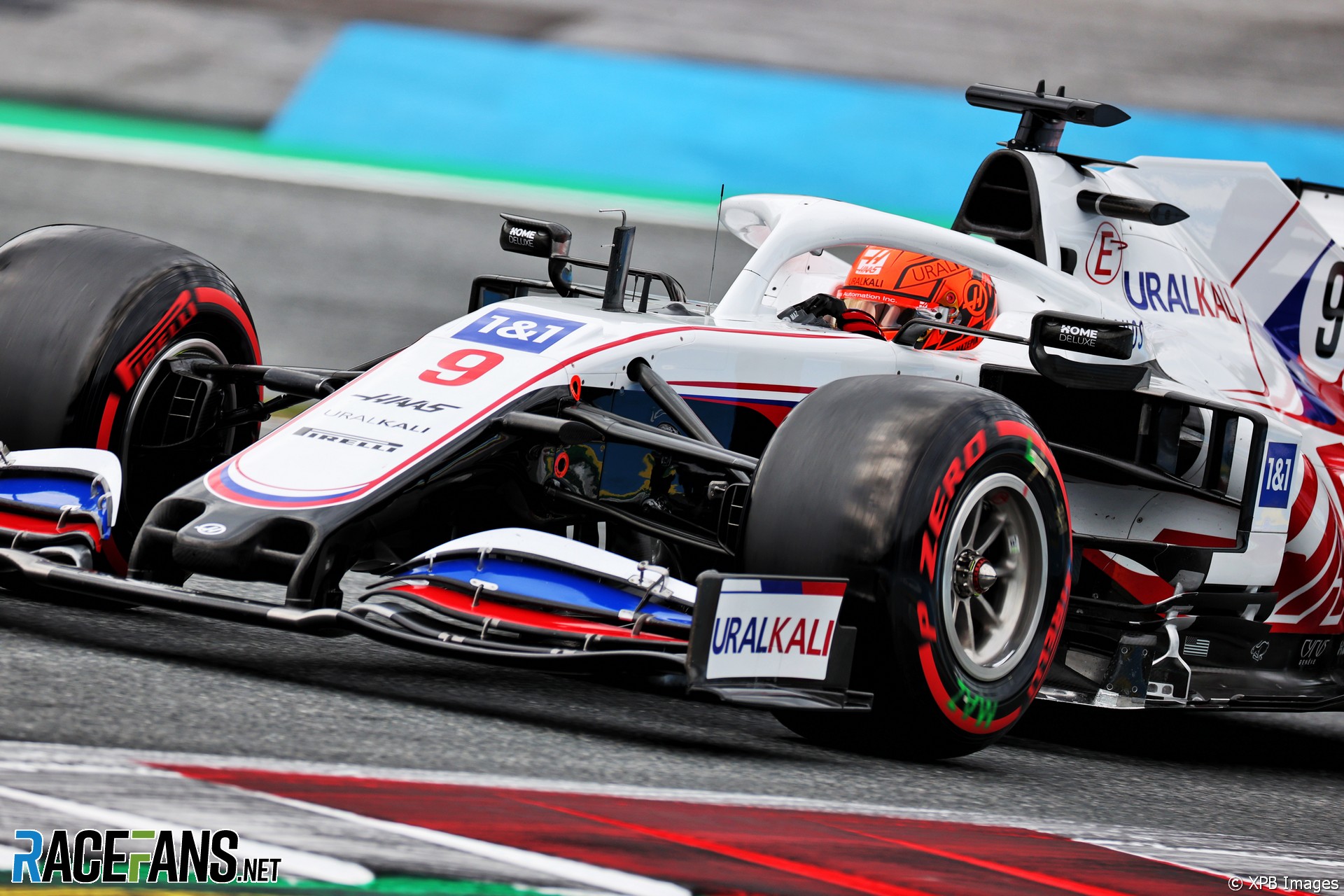 Alfa Romeo’s Kimi Raikkonen has had 20 seconds added to his race time, in lieu of a drive-through penalty, for his last lap clash with Sebastian Vettel in the Austrian Grand Prix.

However the stewards have announced seven of the eight drivers who were under investigation for failing to slow in response to yellow flags following the crash have been cleared.

Vettel passed Raikkonen at turn five while the pair were chasing Williams’ George Russell for 11th place, but Raikkonen turned into his former Ferrari team mate and the contact sent both into the gravel which caused Aston Martin driver Vettel to retire.

Raikkonen was found to be at fault for the incident and was handed a drive-through penalty by the stewards. But with the incident occurring so late into the race, it was converted into a 20s penalty which has no impact on his 16th place finish.

“Exiting turn five, Raikkonen closed the door on Vettel, which caused a collision taking both cars off the track.”

In addition to the 20s, Raikkonen had two penalty points added to his licence. He is currently on six points.

The stewards also investigated eight drivers for failing to slow sufficiently for the doubled waved yellow flags which were displayed following the crash.

The five points-scoring drivers who were under investigation – Carlos Sainz Jnr, Sergio Perez, Daniel Ricciardo, Charles leclerc and Pierre Gasly – have all been cleared, as has Antonio Giovinazzi.

However Nikita Mazepin and Nicholas Latifi were given 10-second stop-go penalties – converted after the race to 30-second penalties – for failing to slow sufficiently. The stewards noted analysis of their telemetry showed both drivers “did not slow down sufficiently for the double waved and yellow sector.”

The pair were given three penalty points on their licences. Latifi is now on a total of six, Mazepin five.

41 comments on “Mazepin and Latifi given 30s penalties, Raikkonen 20s, others cleared”