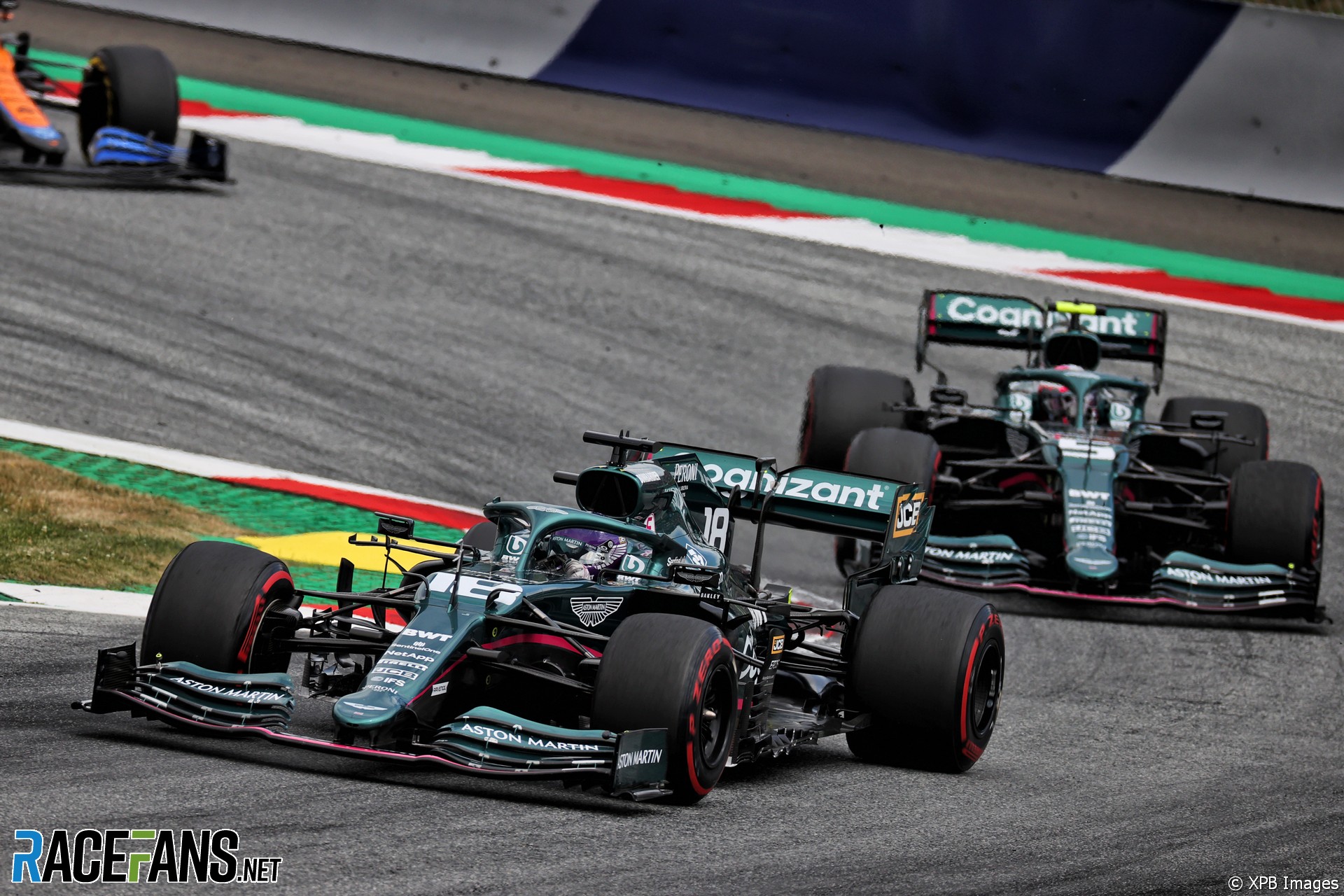 In the round-up: Lance Stroll says that Aston Martin’s up-and-down results aren’t down to big changes.

Changeable Aston Martin results not down to major differences

After a tricky start to the season, Aston Martin recorded very strong results in Monaco, Azerbaijan and Paul Ricard. However, both drivers finished outside the points at the Austrian Grand Prix.

Stroll said that there had been no significant changes in the team, it came down to weekend-by-weekend specifics that improved or worsened the teams’ pace.

“Yeah, we’re kind of the same, we haven’t really made a big step with it,” he explained, after the Styrian Grand Prix. “If we do a good job we score some points but when it doesn’t go our way we’re outside the points, it’s like we’re around there.”

“Some answers” to Ricciardo pace struggles

Daniel Ricciardo said that the improvements to his pace at McLaren had come at a big toll of effort for him to adapt to the car.

“There’s some answers,” he said about his difficulty finding pace in the McLaren car. “I think what we’ve discovered is I’ve made progress.

“It just now needs to come still with more subconscious energy, [there] is still a lot of thought going into it. And although I’ve made progress, there’s still a lot of energy being consumed to make this progress.

“So maybe that is now holding me back from finding the edge in the car.

“We’ll still keep looking into it, see what we can do as well, with set up and improve some things, but I just have to keep positive and try to enjoy it.”

After fighting George Russell for the final points-paying place in the last laps of the Austrian Grand Prix, Fernando Alonso said he didn’t believe Williams’ recently improved form would carry through to other circuits.

“They made a step forward,” Alonso agreed. “But also we checked [and] last year in Austria, they started 11th. So it seems [to be] a circuit that they are performing really well [at]. So I think we need to wait a couple of races to see if they are that fast or not.

“I think last weekend they were closer to us. I think this weekend we had a little bit more margin,” he said, comparing the Styrian and Austrian grand prix. “I’m happy with the progress that we made in these two weeks.

“It’s up to us now to keep it into Silverstone. If we can repeat this kind of performance, because this will put us top seven, top eight and that’s a step forward, for sure.”

Not a bad debut for his first ever drive in an #F1 car, @LiamLawson30 👏🔥 #FOS pic.twitter.com/GvcFOrOhVP

Current and past versions compared.

"Daniel Abt is historically the quickest around here, though, with the fastest lap of the circuit - set in 2019 - still in his possession. The German managed three TAG Heuer Fastest Lap awards in Brooklyn over the years and that record will stand a little while longer yet, with Vergne the only current driver with a fastest lap to his name in New York City."

"As a team we learned a lot of things, but personally, as a driver, I learned that you cannot predict anything. The key to keep performing is to be in the present time and keep pushing. You should not try and predict too much, and you shouldn’t overthink the future of your weekend."

WIM - Embracing a better future for women in sport (FIA)

"Ahead of the closing remarks, Barbara Silva, the FIA’s Social Responsibility Programmes Manager, reiterated that in order to reach gender equality and parity, strong action is required with the implementation of programmes, as well as attaining equal representation at decision-making level. In addition, increased communication, spotlighting role models, along with increasing our partnerships and integrating gender perspectives into discussions, decisions and regulations all need to be driven forward."

After Elliot looked at the difficulties of moving from IndyCar to F1, Tater argues that plenty of the current field could do well if they found a way to make the switch.

Look at past examples like Andretti, Fittipaldi, Clark, Hill, Villenueve, Mansell, Montoya, Rossi, etc. If anything, Indy cars are harder to drive with the more even field and lack of power steering. One of the current young guns like O’Ward, Herta or Palou could move to F1 and do well there.
Tater