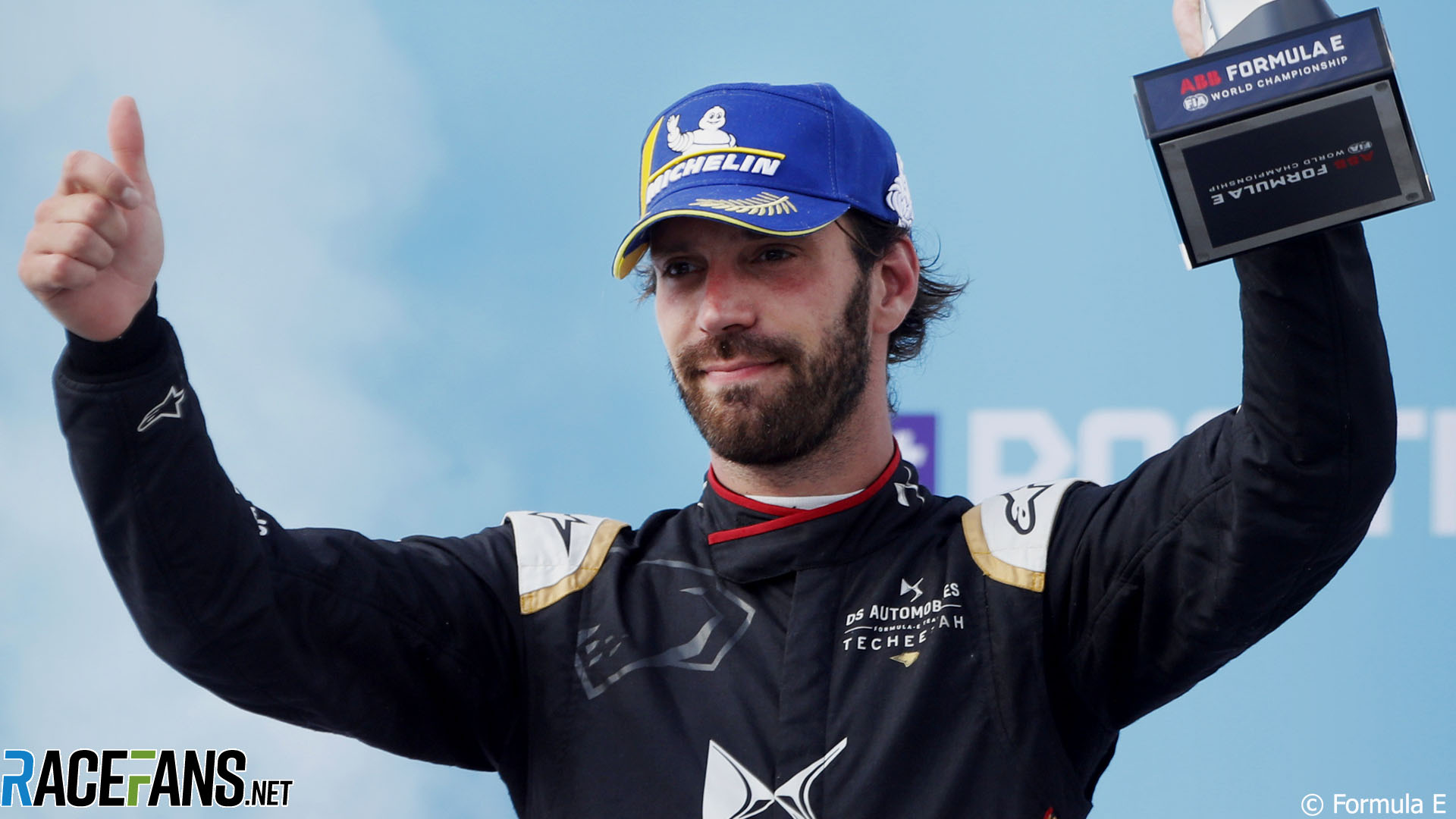 In the round-up: Jean-Eric Vergne says being frustrated with second is good, only four points off the championship lead.

Vergne “happy to be disappointed with second”

Two-time Formula E champion Jean-Eric Vergne, who won both his titles in New York, said that given the up-and-down nature of this year’s championship, he was pleased to be frustrated not to win.

Vergne is now third in the championship, four points behind leader Edoardo Mortara and second-placed Robin Frijns, who have an equal score of 72 but Mortara has the edge on countback.

Speaking immediately after the first New York race this weekend, Vergne said “It has been a strong day for us and I’m happy to be disappointed with second. It shows that it’s not been a bad day when you’re in this position.

“We always knew that the guy that was 12th [in the title] today before the race could could have been leading the championship. So it’s so tight, so close to everyone.”

Haas “not far away” from confirming 2022 line up

Haas announced relatively late in the 2020 season that they would not be retaining Romain Grosjean and Kevin Magnussen, then waited later in the year to confirm Mick Schumacher and Nikita Mazepin for 2021.

However, team boss Guenther Steiner said that they would not repeat the delay, to confirm their 2022 drivers.

“I think we [haven’t] even started to work on it,” he dismissed. “It’s just started silly season.

“We have to review everything, for sure. But I don’t think we are far away to confirming everything.”

In accounts published today, Formula E Operations, the company that runs the series (although is a subsidiary to parent Formula E Group) reported that despite the challenges of the global coronavirus pandemic, it made a small loss from August 2019 to September 2020. Having announced it had turned its first profits in September 2019, the organisation reported a lost of €62,660 over the subsequent year.

It recorded a total income of €142,843,846 over the period, of which €84,041,993 was from race promotion and licensing. A further €56,796,494 was from other race services. Compared to previous accounts, the shortfall was less than €20 million, despite Formula E completing less than half its season prior to the effects of the global coronavirus pandemic collapsing the majority of the calendar.

Since Dorilton Capital purchased the Williams team partway through the 2020 season, Nicholas Latifi said that the most noticeable change was a sense of stability for team staff.

“The biggest change, I would say probably just a kind of uplift in general, in the morale and atmosphere in the team at the factory and at the track as well,” he explained.

“Specifically in the race team, I mean those few months in Covid was a very unsettling time for everyone in the team not knowing the future. Uncertainty for job security and just livelihood of a lot of the employees.

“So I think once the new owners came in and kind of stabilised the future of the team, and not only that but now bit by bit starting from the end of last year and beginning of this year, now putting big investment into the team.”

“As a kid I would have done anything to stand next to this car, let alone drive it, so I’m happy to clean it!” 🧽😆 @DanielRicciardo on the MP4-5B.#McLarenFOS pic.twitter.com/6v6BMcEcRX

A big personal moment for me ⁦⁦@fosgoodwood⁩ is driving Alberto Ascari’s car. He was my absolute idol. I fell in love with racing watching him drive this car. This made my day pic.twitter.com/Yu7zB7VaLk

Wow, @maxg_official becomes the 19th different driver on the podium THIS SEASON 🤯

Lewis Hamilton: ‘Everything I’d suppressed came up – I had to speak out’ (The Guardian)

"'Well, if Lewis is really so committed to that cause, perhaps he should donate all of his salary to it,' the senior figure said, before going on to claim his team was so non-racial he didn’t know how many Black or Asian employees there were because he doesn’t 'see race'."

"Carlin's Zak O'Sullivan claimed his first pole positions in BRDC British F3 at Donington Park this morning (Saturday), with the fastest time in the session putting him on pole for race one, with his second best time putting him at the front for race two."

"Dabas: 'It’s a good question because we’re definitely looking at a more consistent channel strategy in the UK and other markets. And when I think of the channel strategy, I know that every race currently we are like, is it on BBC Red Button, is it on network, is it on Quest. It’s hard.'"

"The Turkish driver started the race from fifth, but a three-wide battle going into the first corner between slow-starting poleman Jak Crawford, his Motopark team-mate Cameron Das and CryptoTower Racing Team’s Louis Foster led to him jumping to third as Crawford broke his front wing on the rear-right of Foster who tried going around the outside and spun."

Sprint races are being sold on the premise of spicing up the order – as they sometimes seem to in junior series. But Dr Mouse points out that in F1 (when the chance of being caught out by timing in Q1 affects all teams) there’s a chance it will let faster cars “correct” a potentially poor single-lap performance.

As it stands, the most likely changes are to allow people who qualified badly to get back to the position they “should” have qualified in.

If they wanted it to be interesting, the cars would have to line up in a way where they didn’t line up in order from fastest to slowest. That’s what makes the racing end up processional.
@drmouse

19 comments on “Vergne “happy to be disappointed with second””