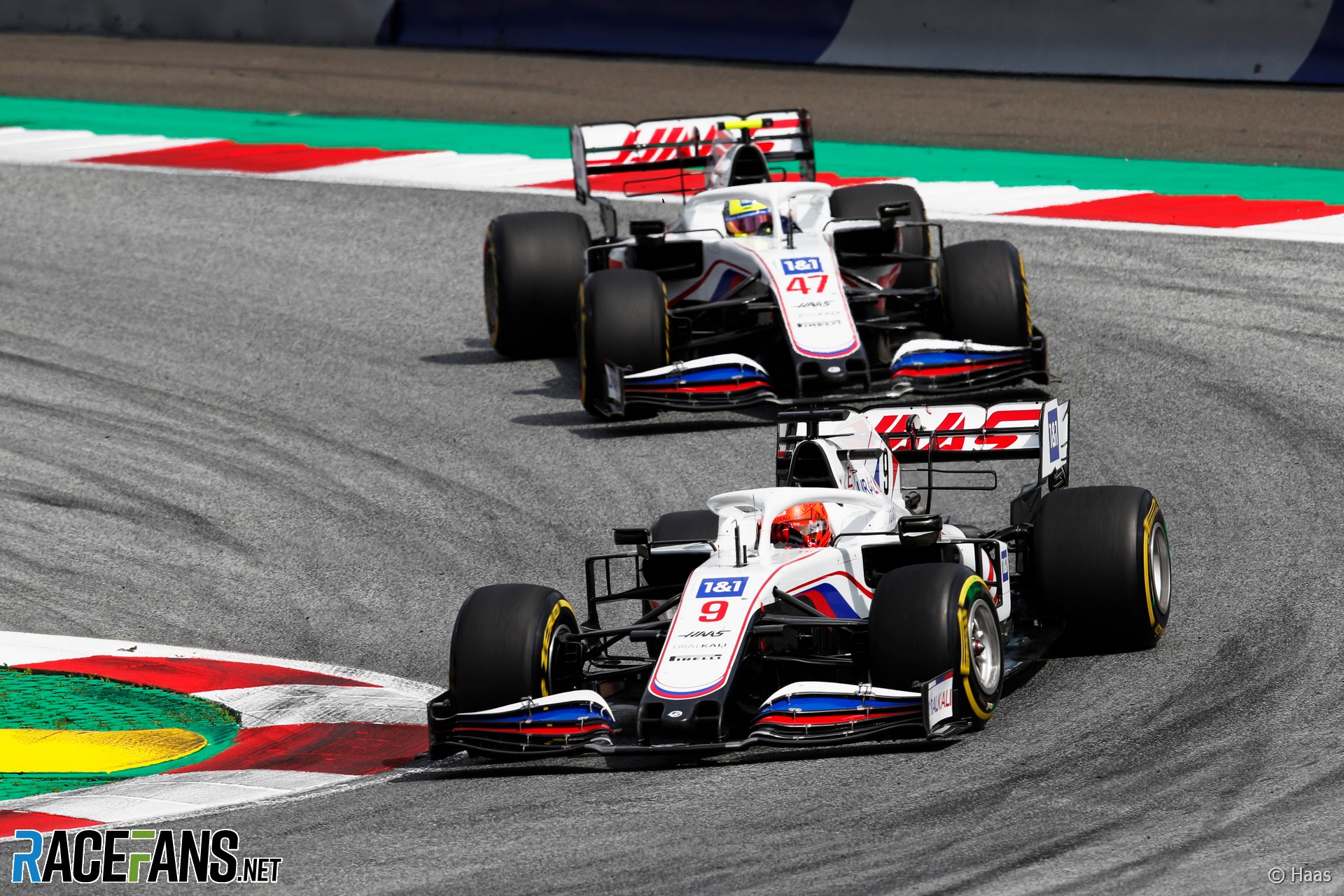 Haas team principal Guenther Steiner says it is important for his drivers to stay out of trouble in Formula 1’s first Sprint Qualifying race this weekend.

The starting grid for the British Grand Prix will be decided by a new race on Saturday. It will also award points to the top three finishers.

It remains to be seen how eager drivers will be to fight and overtake each other, given the risk of potentially crashing out and having to start from the back. However Steiner expects to see action in the Saturday race.

“I think for sure the drivers will race hard because in qualifying everyone races hard and this is a sprint race which defines the qualifying positions,” he said. “On Sunday, when points are at stake, you want to be in the best position to start the race as you can.”

Haas have been the slowest team at every race so far this year, and drivers Mick Schumacher and Nikita Mazepin have come close to colliding on several occasions. Steiner will warn his drivers to stay out of trouble.

“From our side, this year it’s all about learning. So running the race, having a few more race starts during the year because of sprint qualifying format will be an advantage [for] next year. On the sprint, I will tell them to keep their noses clean and keep the cars on the track.”

The Sprint Qualifying race will last for a maximum of 17 laps or half an hour. Drivers will have free choice of tyres and Mazepin hopes it will be possible to push flat-out on the rubber for the whole distance.

“I’m not sure what to expect from the Sprint Qualifying format,” he said. “I think Formula 1 has kept the same format for quite a few years and it will be nice to get a new format to try out at Silverstone.

“With the current tyres you need to plan the amount of laps you’re going to be doing on them. Hopefully we can push flat-out for the whole time as normally we do not get to do that. Potentially, every lap will be like a qualifying lap for that short period of time.”