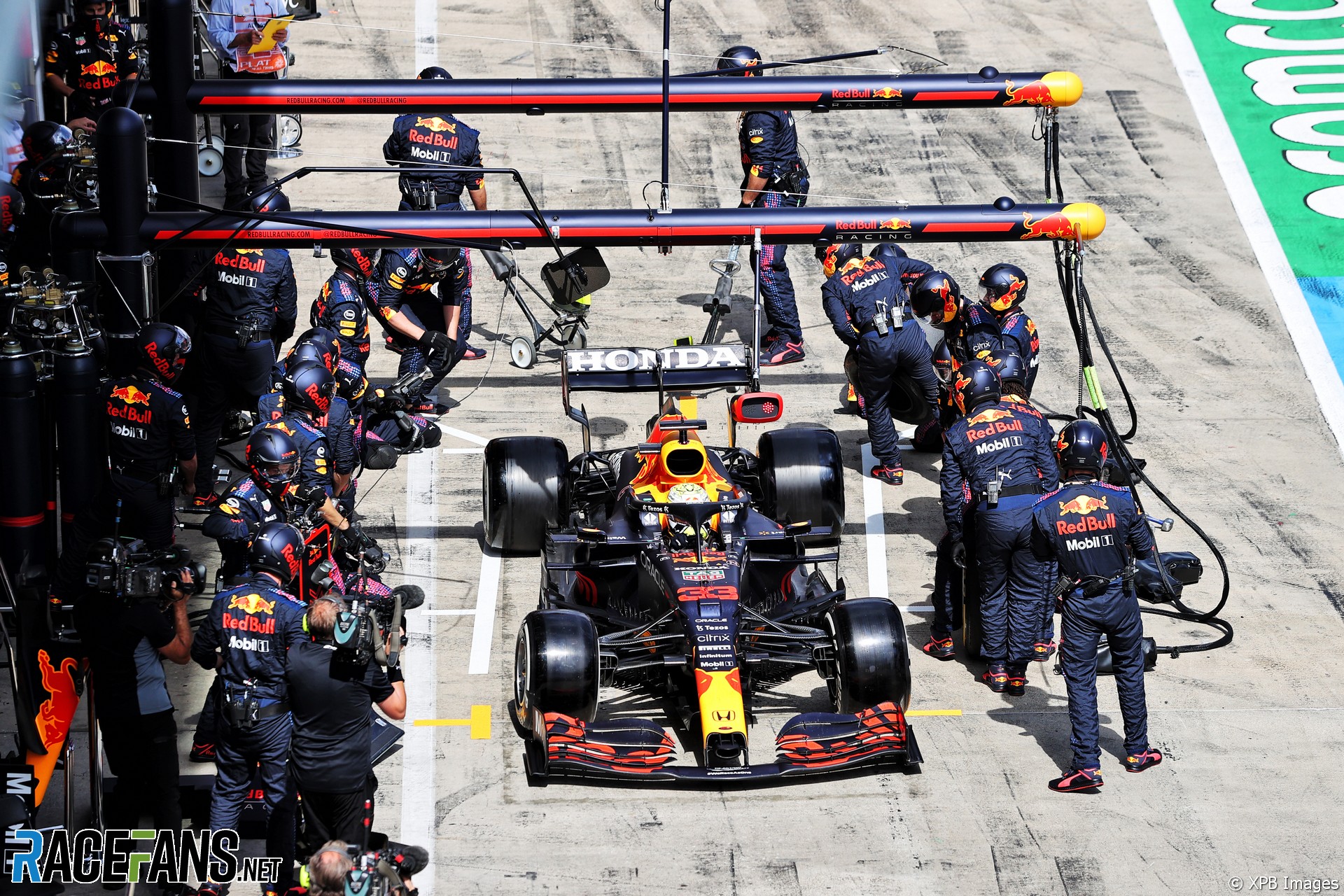 The FIA has dropped a contentious part of its plan to force Formula 1 teams to slow down their sub-two-second pit stops.

RaceFans revealed last month the sport’s governing body planned to introduce a new technical directive relating to pit stops ahead of the Hungarian Grand Prix. This was to include enforcing minimum reaction times of 0.15 seconds at certain stages of the wheel-changing process to ensure pit stops could not be shortened by a mechanic signalling a wheel had been fitted before it was fully fastened.

The directive prompted criticism from several teams including Red Bull, who have been consistently the quickest team in the pits during recent seasons. “Seeing pit stops sub-two-seconds is a remarkable feat and we should be encouraging it, not trying to control it,” said Horner, who suggested rivals teams had prompted the clampdown in order to slow Red Bull.

Now RaceFans has learned teams have been given updated instructions on how pit stops will be policed in a revised version of the directive. Its introduction has also been delayed from the next round in Hungary to the Belgian Grand Prix in August.

The revised directive – TD022B – eases some of the contentious areas of the restrictions. It states that where teams use sensors to detect when a wheel has been fastened, the system must be able to prevent a pit stop from continuing if the wheel nut is not tightened, and the decision to proceed with the pit stop must be made by the wheel operator. However the requirement for a minimum reaction time of 0.15 seconds as part of this sequence has been removed.

Similarly, the software governing the system must prevent an operator signalling the wheel has been fastened before the task is complete. If any early signal is given, by an operator pressing a button, they must release the button and re-press it after the nut is tightened. Again, the enforcement of a minimum reaction time of 0.15s has been scrapped.

Teams that do not use wheel fastener sensors must be able to prove their operators can check the wheel has been tightened before the car is released from the pits. This may be done using a visual indication.

The directive also addresses the moment the car is dropped from its jacks and released from the pit box. Here a minimum delay of 0.2s between the jack release commencing and the driver being signalled to exit was to be introduced. The FIA has now told teams that while an instantaneous trigger would not be considered safe, a typical delay of at least 0.1s would be permissible.

“There was an update on the TD based on feedback that the FIA collected after they sent it out initially from the other teams, which makes sense from our point of view,” he said. “The main objective of this TD is, first of all, to make sure that pit stops are done in a safe way and anticipate, let’s say, also bad things to happen.

“And second thing is it should also ensure that we all have a level playing field in terms of the interpretation or the application of the regulations. So we are happy with that.”