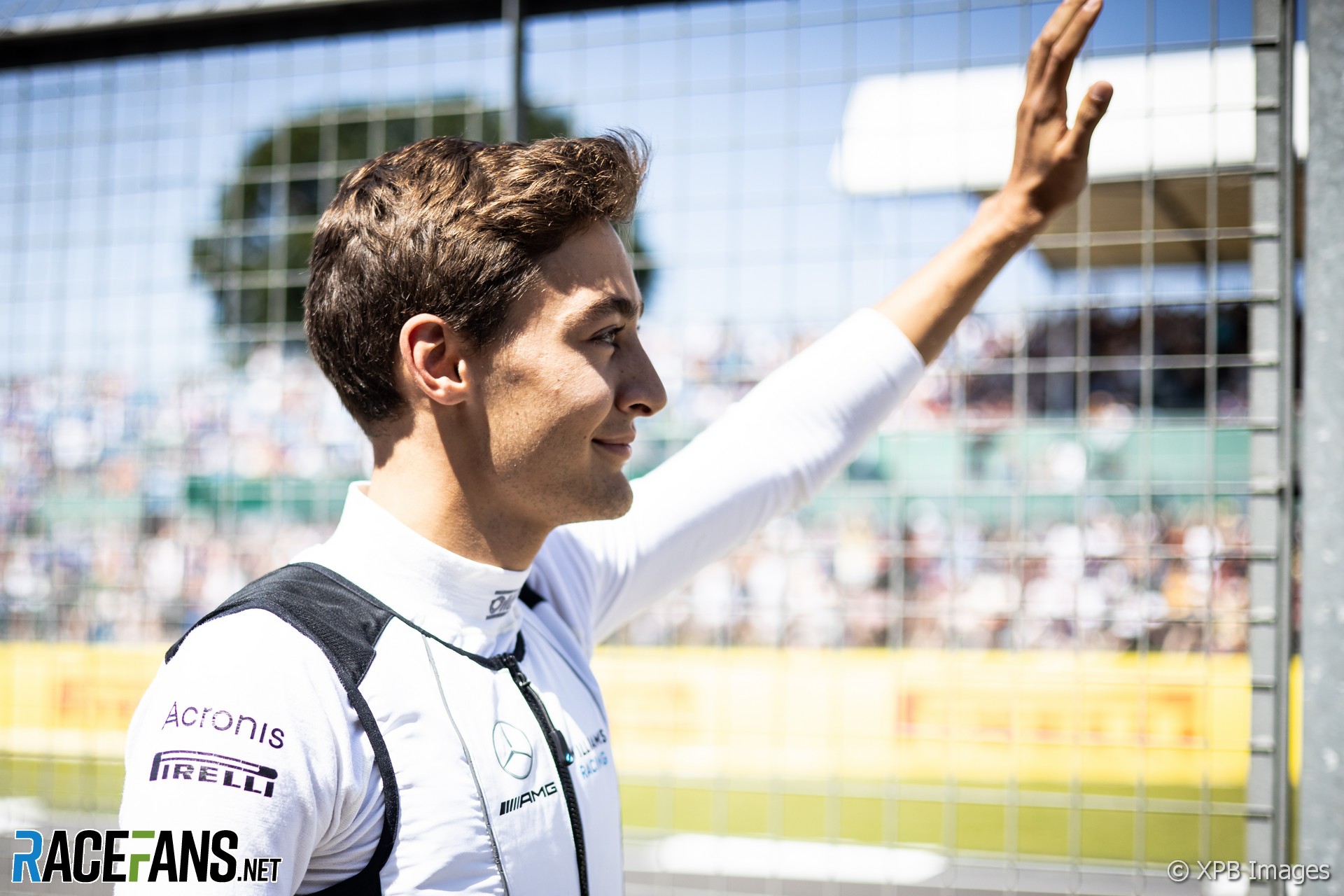 Russell qualified eighth on Friday, then held on for ninth during the Saturday qualifying sprint race. However he was penalised three grid places for a collision with Carlos Sainz Jnr which left him 12th.

He finished in the same position, having gained places from retirements ahead, but losing out to Lance Stroll and Yuki Tsunoda.

Russell said he was not too disappointed by his finishing position, given Williams’ realistic pace, saying he didn’t get away well in both of the day’s standing starts.

“We made a really poor start on the first start,” he said. “I made a really good start on the second. So was a bit of a shame we couldn’t do it in the opposite order, I guess. But ultimately, I don’t think we really deserve to be any higher than where we finished.”

Having reached Q3 for the second time in a row this weekend, Russell said it wasn’t possible to keep the quicker cars he’d out-qualified behind in the race.

“Come Sunday, when you have eight faster cars or whatever it is behind you, it is so difficult to keep them there. So it makes it a little bit disappointing, always, after the races.

“But I guess we’ve got to think: top 12 in all of the last four races, when we retired; fighting for points three out of four of those races. I guess we’d have definitely taken that, before this group of four.”

Russell said that even without the penalty from sprint qualifying, he would not have been able to stay within the top 10 on pure pace. “I think the guys behind were three, four, five, six, tenths quicker than us.

“When you’ve got that sort of pace advantage, it is easy and they seemed to be better on the tyres than us, as well so. It was always going to be a race of looking in the mirrors and trying to keep these cars at bay.”