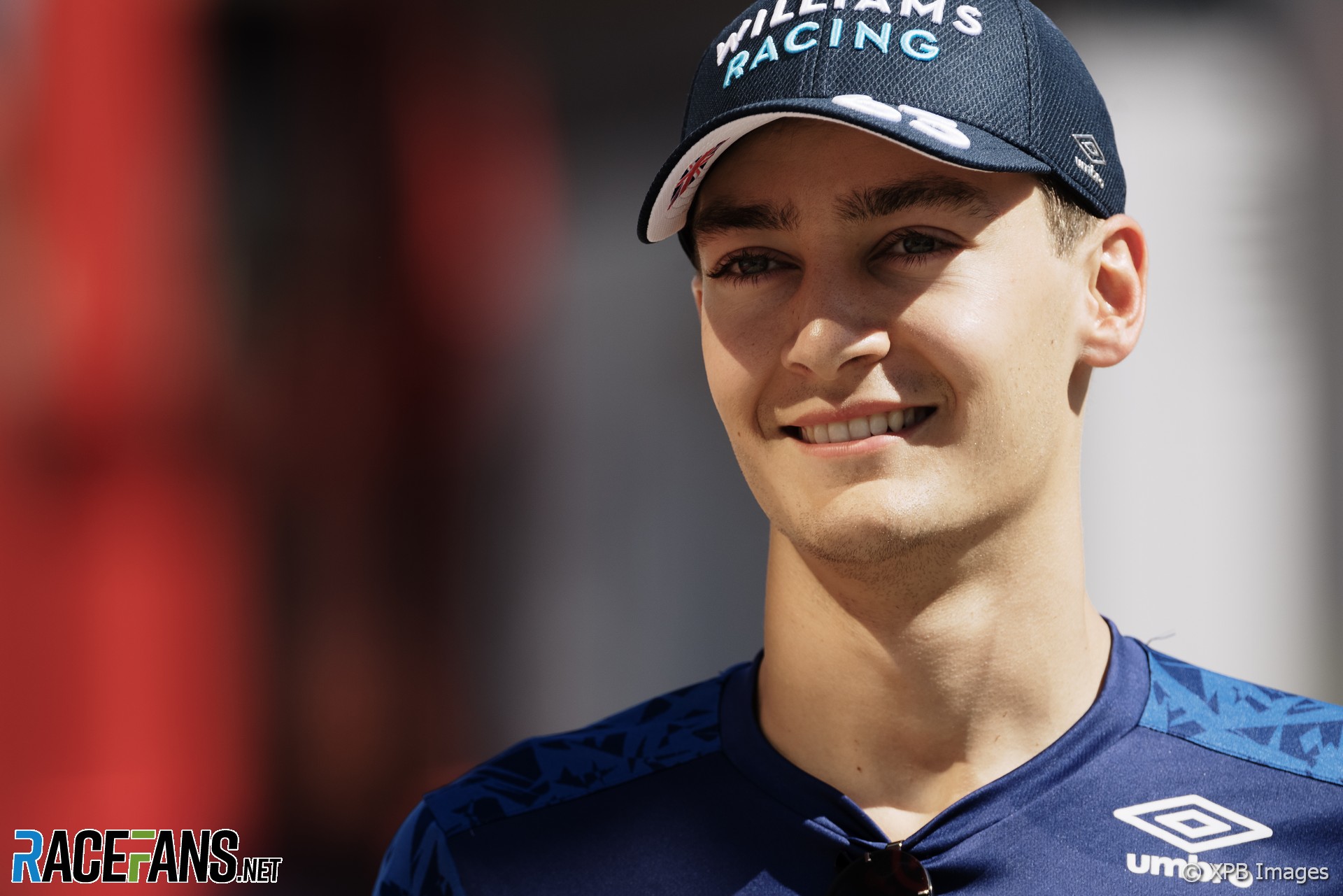 George Russell is hoping the Hungaroring will be the track where his qualifying performances finally translate into points.

The Williams driver has made it through to Q3 at both of the last two grands prix, although he was given a grid penalty following sprint qualifying at Silverstone. He believes it will be possible again this weekend in Budapest.

“I think it’s a reasonable chance, to be very honest,” he said. “Obviously, we’ve gone to Q3 in the last couple of races twice, missed out on the one before by six milliseconds. We’ve generally been pretty strong here.”

Russell’s previous two F1 finishes at the Hungaroring were in 16th and 18th. During his title-winning F2 year he suffered clutch failure during the feature race which forced him to fight from the back for a single point in the sprint event.

The Williams’ chassis performance in windy conditions remains a concern, he admitted. “It’s been very calm winds and stable condition for the last three events, whereas it’s pretty gusty and windy here. So that may offset our sort of normal Budapest pace versus our current form.”

Having been unable to convert his recent top 10 starts into points finishes, Russell said the team is prioritising its Sunday pace lately.

Russell denied he is feeling frustrated by his point-less run. “I guess you get what you deserve, really,” he said.

“Ultimately, there’s been opportunities. Probably the only one that I felt like we probably should have scored points, truly, but didn’t was Imola. But ultimately I ended up in the wall. And regardless of who was to blame for that, I was in the car and I didn’t finish the race.

“So that’s probably the only real opportunity that has gone amiss. But obviously, the other races it’s kind of natural.”

Russell put his strong qualifying pace partly down to Pirelli’s new 2021 tyre constructions. “We have these fantastic qualifyings, which I’ve sort of put down to the new tyres, really.

“New tyres that can handle the limitations of the car. It’s only when you put the fuel in the tyres are degrading, the temperatures are really on the upper limit, we start to really struggle or go back to our normal pace.

“But when we’ve got those new tyres on the car, we can really extract more than the potential. And I think that’s why we’re we’re seeing this big swing between the two days.”